Malaysians look to Mahathir to bring back the good old days 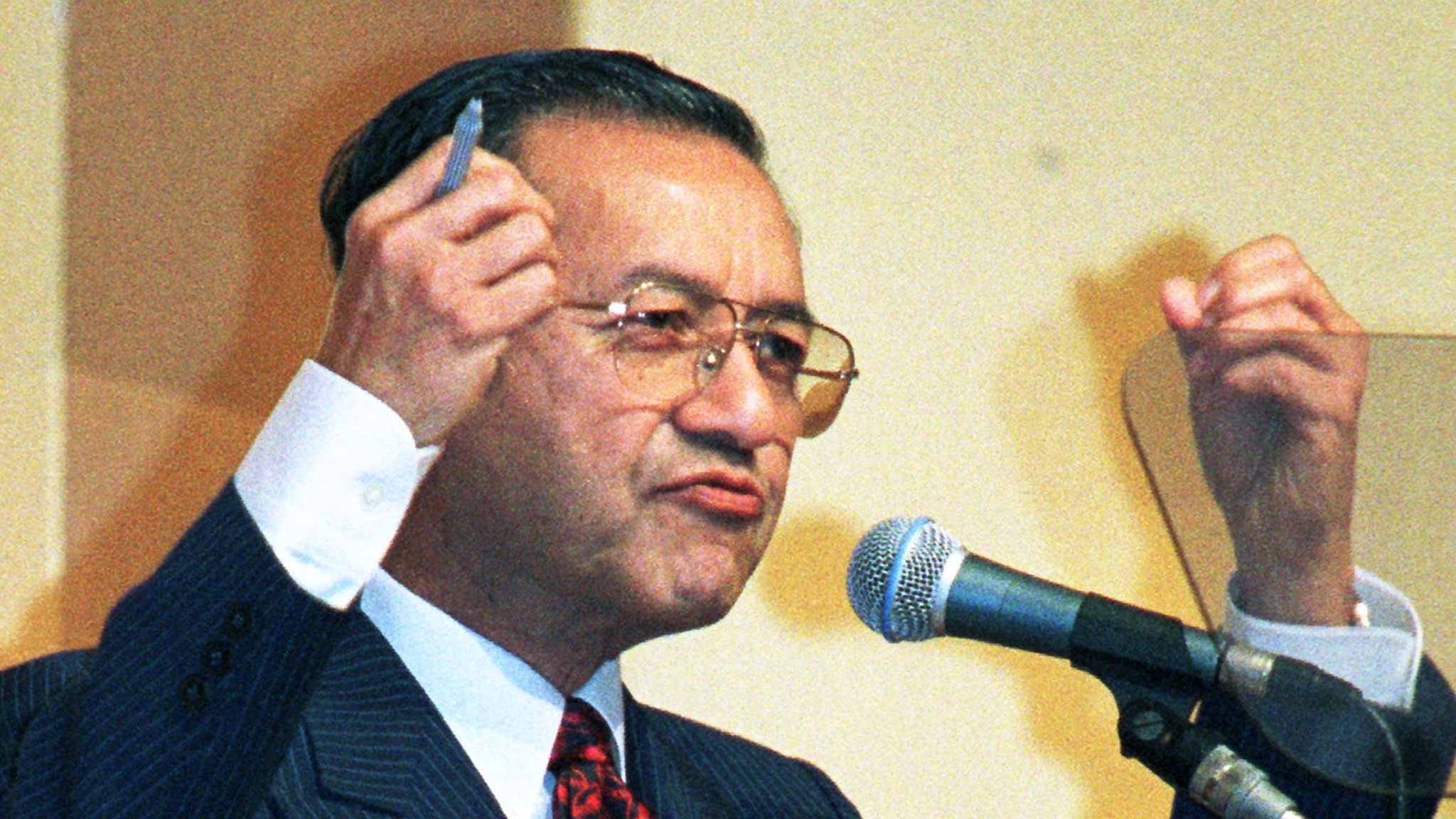 Current and former Prime Minister Mahathir Mohamad back in 1998: Malaysians expect Mahathir to return the country to the high economic growth it enjoyed in the past.   © Reuters

SINGAPORE -- At age 92, Mahathir Mohamad has become Malaysia's prime minister again after a 15-year hiatus, having led the opposition Pakatan Harapan (Alliance of Hope) coalition to topple the government of Najib Razak.

The election result reflects popular anger at Najib's authoritarian leadership and alleged corruption. Although Mahathir was arguably more authoritarian than Najib as prime minister from 1981 until 2003, voters may have returned him to power nonetheless for an unexpected reason -- nostalgia.

The election marks Malaysia's first change of government since its independence in 1957. The ruling coalition was expected to win right up until polling day on May 9, despite the steady erosion of its power base. The large voter turnout of more than 80% paved the way for the opposition victory.

Malaysians seem to have opted for a return to the past. Given Mahathir's long reign as prime minister and his role as Najib's mentor, it is ironic that he spurred the country to take this historic step forward.

Mahathir can make Malaysia a better country again due to his more than 20 years of experience as prime minister, said 48-year-old Suleiman Mohidden, as he listened to Mahathir's post-election speech with his 81-year-old father.

During Mahathir's first premiership, the country's sense of growth was palpable. Between 1988 and 1996, Malaysia achieved annual economic growth of 9% to 10%. Mahathir inspired people by adopting a target for the country to join the club of advanced economies by 2020, and by promoting the development of a domestic auto industry.

Under Najib's leadership since 2009, Malaysia's economic growth slowed to around 6%, widening the gap between the wealthy with vested interests and lower-income people hit by rising prices.

The development of homegrown manufacturing ran into trouble, and the government's debt relative to gross domestic product swelled due to pork-barrel policies. Authoritarian politics and corruption allegations reinforced the sense of stagnation.

"We could buy almost anything with 100 ringgit ($25) in the past. But our lives have kept growing more difficult since the goods and services tax was introduced," said Ooi May Ling, 46, on the island of Langkawi, explaining why she abandoned the ruling coalition to vote for the opposition.

Najib introduced the goods and service tax in 2015 as lower oil prices undercut government revenues. The new government has said it will scrap the GST from June, but intend to reintroduce a sales and service tax to partially offset the revenue shortfall.

The woman on Langkawi even endorsed Mahathir's past "Bumiputera" policy of giving preferential treatment to Malays that was criticized by ethnic Chinese. Malaysia was "happier and more peaceful" under Mahathir, she said.

During his earlier premiership, Mahathir used the public order law and other measures to arrest more than 100 opposition leaders and ruling-party lawmakers who defied him. He cracked down on pro-opposition viewpoints by banning newspapers.

For the moment, Malaysians seem to have forgotten Mahathir's iron-fist rule amid a sense of longing for the good old days.

Even former Deputy Prime Minister Anwar Ibrahim and other politicians who had been targets of Mahathir's repression joined hands with him to topple Najib. They studiously avoided referring to past differences with Mahathir to present a unified opposition front.

It seems that when past economic success under strong leaders is glorified, the negative aspects of their regimes, such as authoritarianism and checkbook politics, are often forgotten.

During Mahathir's recent campaign, he called for the cooperation of diverse ethnic and cultural groups, and the advancement of women. Since taking power, he has installed ethnic Chinese and Indians in key posts in the cabinet that went into effect on Monday, suggesting he is setting aside some of his own past policies.

He may no longer be able to resort to his past approach of "development dictatorship" to meet rising public expectations. His move to abolish the sales tax, and other populist measures, risk increasing fiscal deficits.

The Malaysian people may eventually find out, that they cannot afford to indulge their sense of nostalgia for too long.