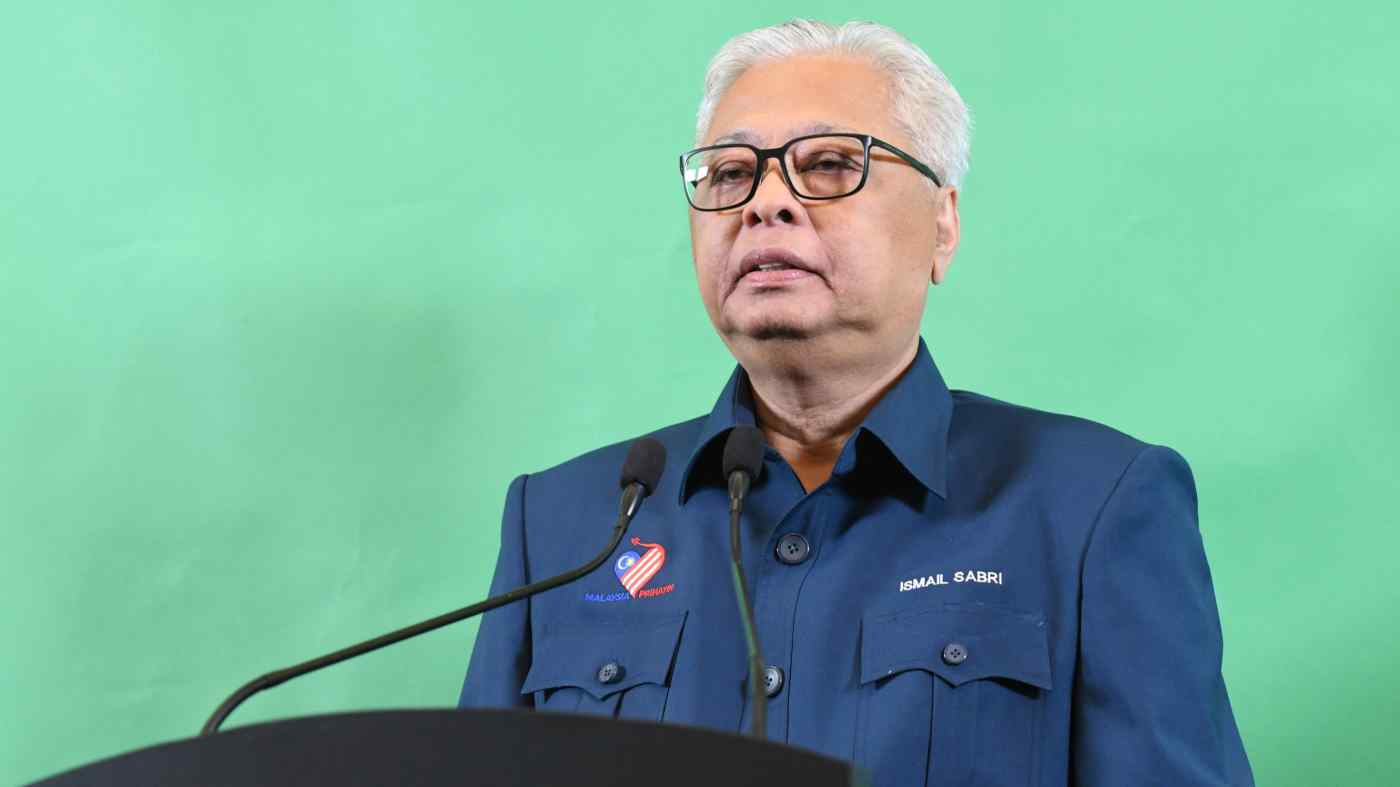 KUALA LUMPUR -- Ismail Sabri Yaakob won a tough battle to win Malaysia's premiership but now he faces an even stiffer test: to stem a surge in COVID-19 cases and restore public confidence in government.

The new prime minister took over last month with the economy stuttering and the healthcare system on the brink of collapse, with more than a quarter of a million active Covid-19 cases.

Mohamed Khaled Nordin, vice president of the United Malays National Organisation (UMNO) -- which Ismail Sabri represents -- told Nikkei Asia that the new prime minister's first action should be to rebuild trust between the people and the authorities.

"The people are growing more impatient with the government," he said in an interview. "Even though Malaysia is showing signs of recovery, Malaysians are more vocal in voicing their opinions, more critical in their criticism, scrutinizing the government more than ever."

New daily cases remain above 20,000 on average, with over 300 deaths every day. This is despite Malaysia having one of the world's fastest vaccine programs -- about 67% of the adult population have been immunized as of Sunday.

Mohamed Khaled said the government needs to introduce radical and fresh approaches, such as transparency on strategies, effective and efficient communication, and more accountability than Muhyiddin's government.

UMNO's supreme council member Johari Abdul Ghani told Nikkei Asia that although Ismail Sabri does not have the luxury of time, he has taken a few positive steps in his first two weeks.

"He has presented some encouraging traits especially the openness toward the opposition and institutional reforms, as well acknowledging that the economy needs to be reopened," said Johari, a former finance minister.

Besides having a clear plan for economic revival, Johari said the government should actively engage with businesses and investors on their concerns and needs.

"The government should have clear plans on the reopening of the economy based on science and data, as reopening cannot use a one-size-fits-all plan but rather look into every sector and subsector of the economy and supply chains," he said.

Johari also called on Ismail Sabri to increase mass testings as the country's positivity rate is 15% -- higher than the 5% threshold set by World Health Organization.

"This means we are under-testing," he said. "The government also needs to offer double tax deductions to companies to undertake their own mass and regular testing for employees and subsidize small and medium enterprises." A medical worker holds a Malaysian flag outside a COVID-19 assessment center, ahead of Independence Day, in Shah Alam, Malaysia on August 30.   © Reuters

Although Ismail Sabri largely maintained Muhyiddin's cabinet, he made a crucial change at the health ministry where Khairy Jamaluddin, who was in charge of the vaccination rollout, was named as the new minister.

Khairy, an Oxford University graduate, is seen as one of the brightest second-generation political leaders in the country. He targets having 80% of the country's adult population fully vaccinated by year-end and expects to begin the inoculation program for teenagers aged between 12-17 next week.

Takeshi Kasai, WHO's regional director for the Western Pacific region, recently warned Malaysia that a country's control of the spread of the virus cannot be judged by its vaccination rate alone. Kasai added that any relaxation of COVID-19 restrictions should be properly studied amid the soaring new infections.

Bridget Welsh, a political analyst from the University of Nottingham (Malaysia campus), said that the tiny tweaks to the cabinet show a lack of confidence in the ministers managing the economy and their ability to provide positive momentum for investment.

"The opening strategies need serious reassessment and the finance minister needs to think less about the profits of banks... and how Malaysians can start to save again, repairing the funds and security they have lost by emptying their retirement fund," she said.

Welsh said that the new prime minister needs to rethink such policies.