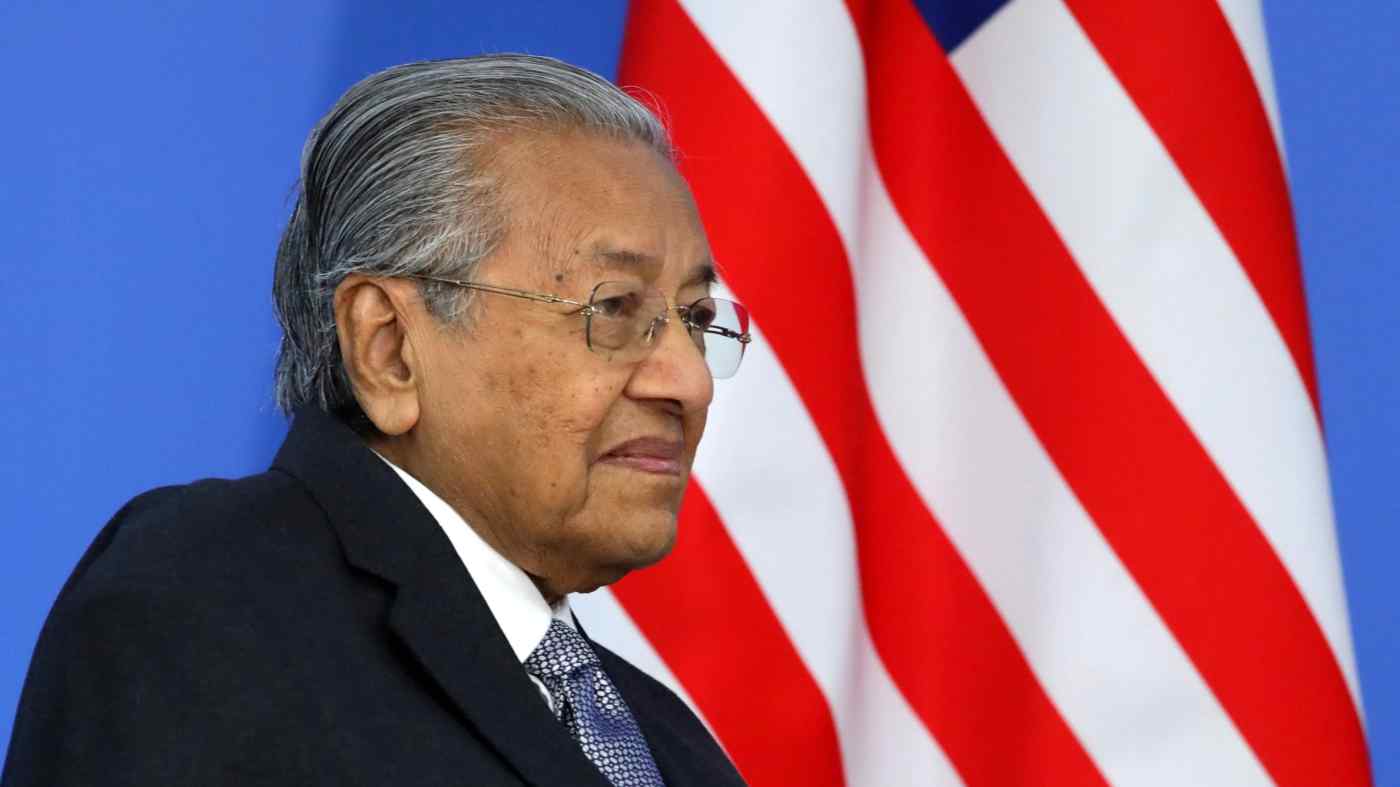 KUALA LUMPUR -- Malaysia's LGBT community is on high alert after its members have received rare jail terms, raising fears of increased persecution by religious authorities as the government steps aside, unwilling to anger conservative Muslim voters.

Already a target of violent attacks, online abuse and discriminatory laws, the LGBT community fears further attacks after the recent conviction of five men on charges of attempting to engage in sex.

The men were sentenced by an Islamic court earlier this month to between six and seven months in jail, six strokes of the cane and a fine of nearly $1,200 after religious authorities raided a private apartment outside Kuala Lumpur last year. The five men were released on bail on Monday, pending appeals of their prison terms, after nearly two weeks in detention. Four of them have already been caned while one is appealing his caning sentence.

Another six men arrested during the same raid are due to appear in court for a third hearing next year.

Numan Afifi, an openly gay Muslim activist, said the case was "extremely worrying" for LGBT people, as it appeared to be part of a prosecutorial trend that relies on prior surveillance to invade private residences. The treatment of the accused has been "humiliating and dehumanizing," he said, adding that the court's judgment strengthened popular perceptions that LGBT people are deviant.

The Muslim-majority nation criminalizes homosexual activity under both Islamic and civil law, the latter a relic of the penal code under British rule. The exact number of convictions is unknown due to the absence of official figures, activists say, as people tend not to speak out. But raids are mostly conducted by Islamic authorities targeting Muslims, who are subject to both Sharia and civil law in Malaysia's dual legal system. "Trans women have been convicted in Sharia courts consistently," said Siti Kasim, a lawyer and human rights defender, but "never" gay people until recently.

The legal cases come amid a deteriorating climate for sexual minorities. The Pelangi Campaign, founded by Numan in 2016 to advocate for LGBT rights, and the trans rights group Justice for Sisters, have documented a spike in anti-LGBT hate speech on social media since Malaysia's general election last year. They have also noted increased reports of violent attacks, workplace discrimination and requests for shelter from people who have had to leave family homes.

The Pakatan Harapan coalition that toppled the Barisan Nasional regime had campaigned on a reform agenda, including promises on human rights. It raised hopes in some quarters of greater protections for LGBT people after years of discrimination. LGBT acitivist Numan Afifi, right, with another activist outside the Sharia court in Shah Alam, near Kuala Lumpur. (Photo by Preeti Jha)

But the minority community quickly became the scapegoat at the heart of a political battle between the government and the opposition. Analysts point out how the ultraconservative Islamic party, Parti Islam Se-Malaysia, and the former ruling United Malays National Organization party have tried to frame the coalition as "liberal" on issues such as LGBT rights while ignoring the values of conservative Muslim Malays.

"The PH government is [now] trying to outdo PASNO in matters of religion and race," said Kasim, referring to the recently forged PAS-UMNO alliance and the historical exploitation of racial and religious divisions in Malaysia. The pairing is viewed as a serious electoral threat, and their attacks seem to have spurred coalition members to project their credentials as defenders of Islam.

Last year the coalition's leadership rejected calls for LGBT equality. Both Prime Minister Mahathir Mohamad and leader-in-waiting Anwar Ibrahim -- the most famous casualty of Malaysia's sodomy laws stemming from charges widely criticized as having been politically motivated -- have said that Malaysia cannot accept LGBT rights. Mujahid Yusof Rawa, the religious affairs minister, has even backed the idea that people can change their sexual orientation, while other politicians have condemned so-called "LGBT culture."

But the government is ambiguous in its handling of LGBT issues. Soon after taking office, Mujahid spoke of eliminating hate and discrimination against the LGBT community. And last September Mahathir denounced the caning of two women on Sharia court charges of attempting lesbian sex, a public punishment that triggered international outcry. In a video message posted on social media he said the caning ran counter to the "compassion of Islam."

Debate over the nature of Islam practiced in Malaysia is key to understanding the political friction, said James Chin, director of the Asia Institute at Australia's University of Tasmania. The expanding powers of the Islamic bureaucracy and promotion of an increasingly orthodox Islam in Malaysia are a matter of concern for the coalition, which had sought "more checks and balances to bring the country back to the middle path," he said.

LGBT advocates had also hoped for reform of the opaque bureaucracy responsible for the moral policing that targets their community. Activists have long pressed the government to persuade states to repeal anti-LGBT provisions in their Sharia enactments.

But reform of the religious bodies -- whose powers were expanded during Mahathir's first stint as prime minister in the 1980s in what was seen as an attempt to court the Malay vote -- has not materialized.

"[The Pakatan Harapan coalition] seems to have realized how powerful the bureaucracy is and how politically dangerous reforms could be," said Chin.

LGBT activists see this as a betrayal. "No one is monitoring what religious authorities are doing," said Numan on the sidelines of the Sharia court hearing earlier this month. "The government is not willing to say anything because they're worried about votes."

Reforms may have been put on the back burner, but the government is trying to project the image of a more accommodating alternative Islam, at least to international audiences. Last week in a high-profile BBC broadcast, Mujahid spoke of developing "a new narrative of Islam ... what we call the compassionate Islam." His ministry did not respond to questions on how this narrative was being implemented by religious authorities in light of the recent sentences.

Few politicians have spoken up on LGBT rights. Charles Santiago, a member of parliament from the ruling coalition, is one of the few politicians to speak up on LGBT rights. He acknowledges there is no "political will" to embrace equality for LGBT people. But the MP is clear on his personal position: "Consenting adults need to be treated as such. LGBT communities should be given their rights."

Prominent Malaysian Muslim activists have also spoken out against the persecution of the LGBT community, including Marina Mahathir, the prime minister's daughter.

Majidah Hashim of the women's rights group Sisters in Islam, itself branded "deviant" in a fatwa, said plainly: "Islam is a religion of peace, compassion, kindness and justice. Islam tells us that every person has been created with dignity and should be treated as such. Thus is our position on people who identify as LGBT."