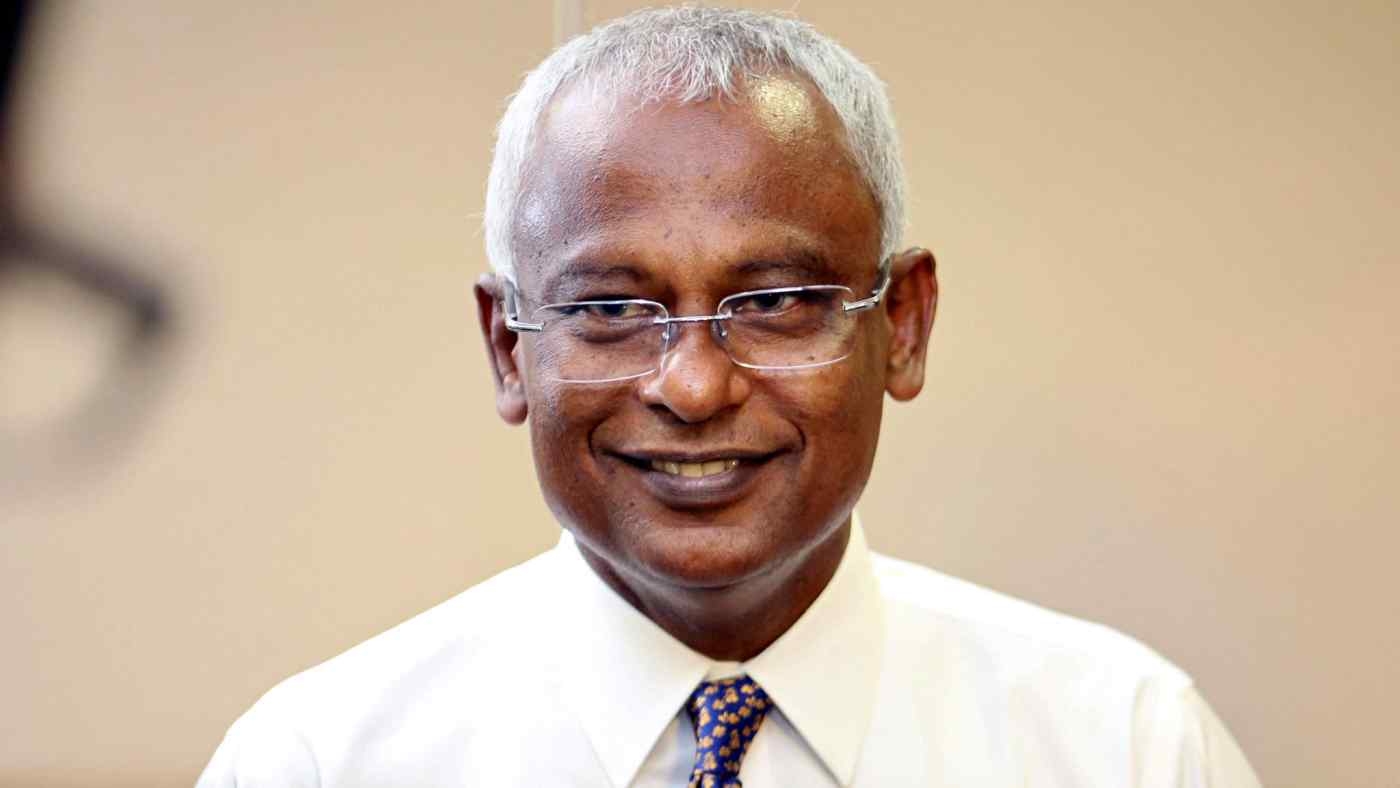 BANGKOK -- Maldivians are waking up to political change after opposition candidate Ibrahim Mohamed Solih staged a surprise victory over incumbent strongman Abdulla Yameen to become the next president of a tiny island nation caught in a rivalry between China and India.

The provisional tally in Sunday's election revealed the voter discontent with an increasingly authoritarian Yameen who had campaigned for a second five-year term on his record of economic development, large chunks of it bankrolled by Chinese loans, aid and investment. Solih beat Yameen by 134,616 to 96,132 in a country with 262,135 eligible voters in a population of more than 400,000.