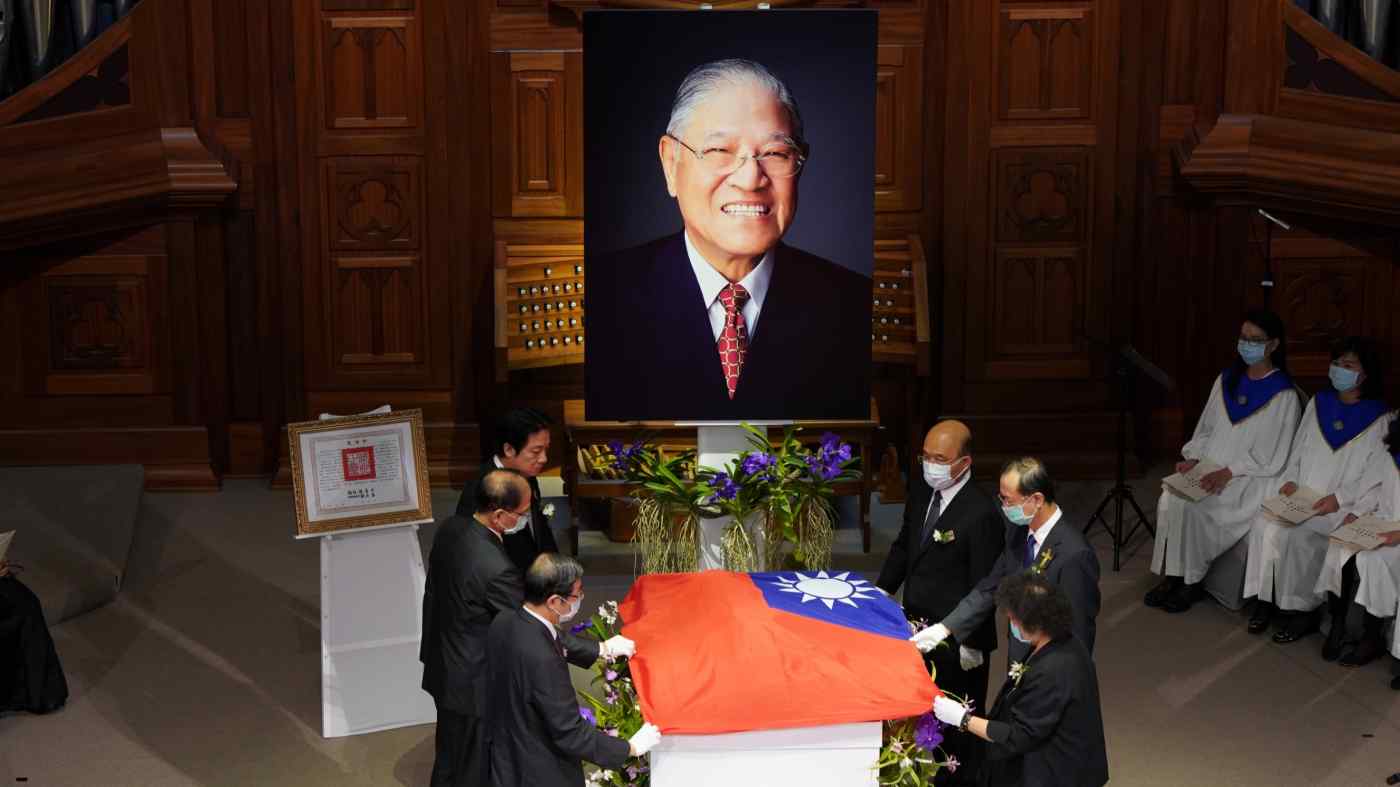 Also among the mourners at the Aletheia University chapel were Keith Krach, U.S. undersecretary of state for economic growth, energy and the environment, whose visit to the self-ruled island has angered China amid intensifying confrontations between the two major powers over an array of issues.

The memorial service for Taiwan's first popularly elected leader drew about 800 participants, including Lee's family members and friends as well as government officials. Tsai presented Lee's kin with an order of commendation given to citizens who contributed to Taiwan.

The president praised her predecessor for building today's Taiwan by "leading the nation and its people" and by "taking steps toward democracy and freedom."

She pledged to carry on his legacy and deepen the island's democracy and freedom.

In a message, Shinzo Abe, who stepped down as Japanese prime minister earlier this week, expressed gratitude and respects to the late president for "making enormous contributions to friendship between Japan and Taiwan, and the development of Taiwan's democracy."

Lee died on July 30 at age 97. Mori visited Taiwan in early August to pay tribute to the former president.

Mori led a delegation as he did during his daylong trip last month. The delegation met with Tsai on Friday after arriving in Taipei.

Lee's body was cremated in Taipei on Aug. 14 after a church service. He was a Christian. Taiwan and mainland China have been separately governed since they split amid a civil war in 1949. Communist Party-led China regards Taiwan as a renegade province.

Lee ruled from 1988 to 2000 and played a key role in the self-ruled island's democratization. He was the first Taiwan-born president.

Lee promoted democracy on the island and in 1996 helped realize Taiwan's first direct popular presidential election, which he won. He came to be known as Taiwan's "father of democracy."

In 1999, he recast cross-strait ties as a "special state-to-state relationship," prompting Beijing to label him as pro-independence.

Lee was born in what is now New Taipei City in 1923 when Taiwan was under Japanese rule, which lasted from 1895 to 1945. He studied at Kyoto Imperial University, today's Kyoto University.

Lee, who spoke fluent Japanese, was known for his affinity for Japan and helped develop Taiwan-Japan ties. After stepping down as president in 2000, he visited Japan nine times.