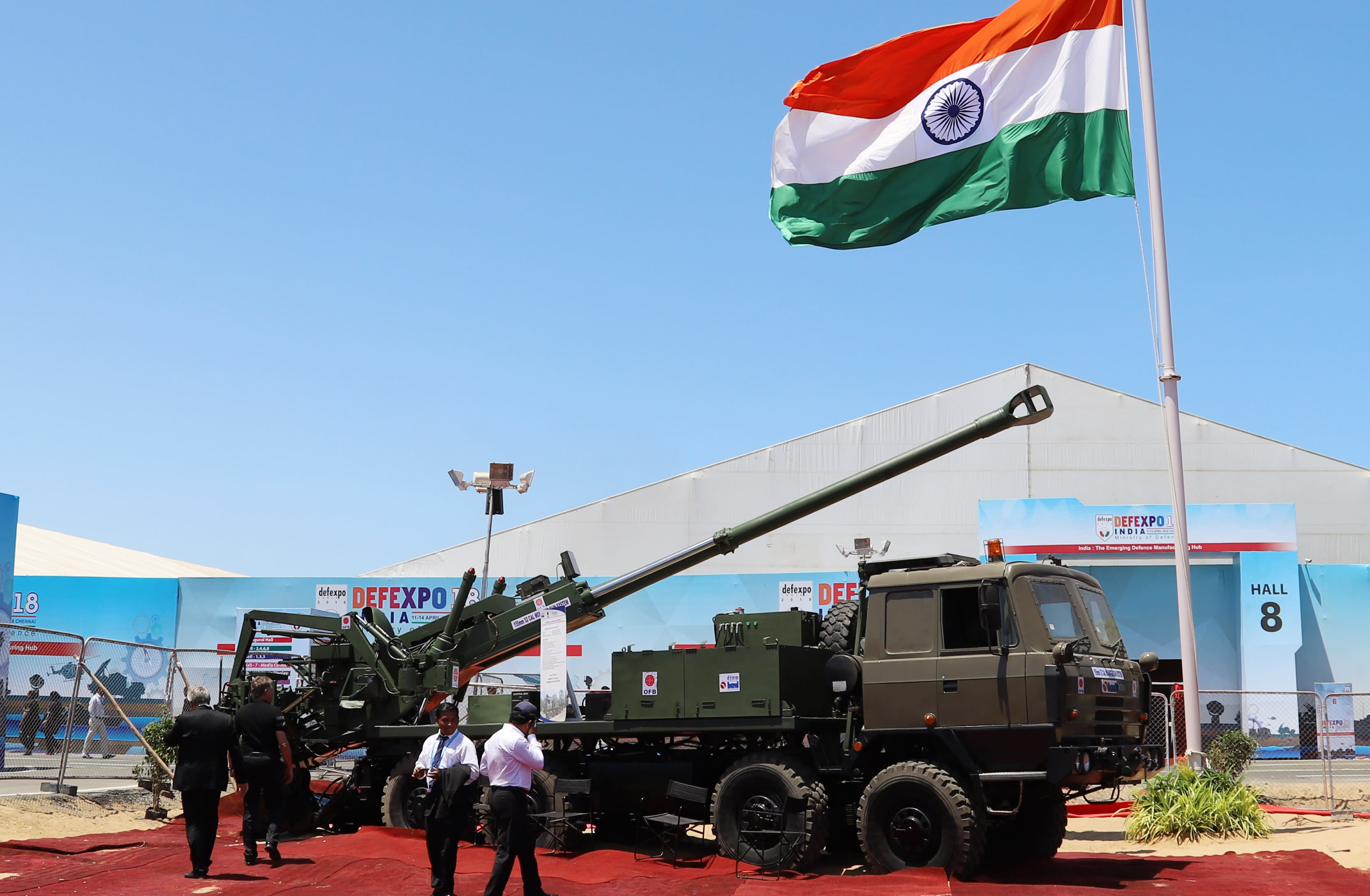 CHENNAI/MUMBAI -- Indian Prime Minister Narendra Modi on Thursday outlined his ambitious target for the country to become an export hub for defense equipment, as it works towards shedding its tag as the world's largest arms importer.

The promotion of India as an emerging defense manufacturing hub is the over-arching theme in the four-day DefExpo India gathering in the South Indian city of Chennai. The biennial event is being attended by over 670 defense companies, including 154 foreign manufacturers.

"Strategic imperative to Make in India, to Make for India, and to supply to the world from India is stronger than ever before," Modi told attendees, including officials from around 47 countries such as the U.S., the U.K., Russia, Italy and Vietnam.

"Make in India," the slogan for Modi's industrial indigenization policy, has been a key theme since he took office in 2014. The defense equipment industry is not an exception. India manufactures fighter jets, submarines and helicopters on its soil. But it still relies on imports for about 60% of its weapons and other military equipment. Through his diplomacy, Modi has repeatedly called for investment and technology-transfer from foreign manufacturers and governments.

The cap on foreign direct investment in the sector was raised in 2014 to 49% through the automatic route (which does not require prior government approval) from 26% earlier. However, the cap could be relaxed to 100% on a case-by-case basis. More foreign participation will help domestic players gain access to the latest technology and global best practices.

India hopes to export defense equipment and military hardware worth $2 billion by 2019. Its off-shore patrol vessels are already guarding the shores of Mauritius, and countries such as Vietnam have reportedly expressed interest in buying India's BrahMos missiles. Arjun, a third-generation main battle tank developed in India, seen during a live demonstration at the DefExpo gathering on April 11.   © Reuters

India is also eyeing countries such as neighboring Bangladesh, Afghanistan, Philippines and Oman, and some Latin American and African countries, as markets for its equipment, such as warships, patrol vessels and missiles.

T.N. Pranesh, senior vice president of Alpha Design Technologies, said his company would first want to sell products to India's government, for example to the Indian Air Force, and could then consider the export market. He expected that the government would soon formalize policy on export promotion for the sector, which "should make it easier to export."

The response of foreign defense manufacturing companies to the government's overtures has so far been tepid, but it is working on a new defense production policy that includes allowing foreign direct investment in the sector of up to 74% under the automatic route.