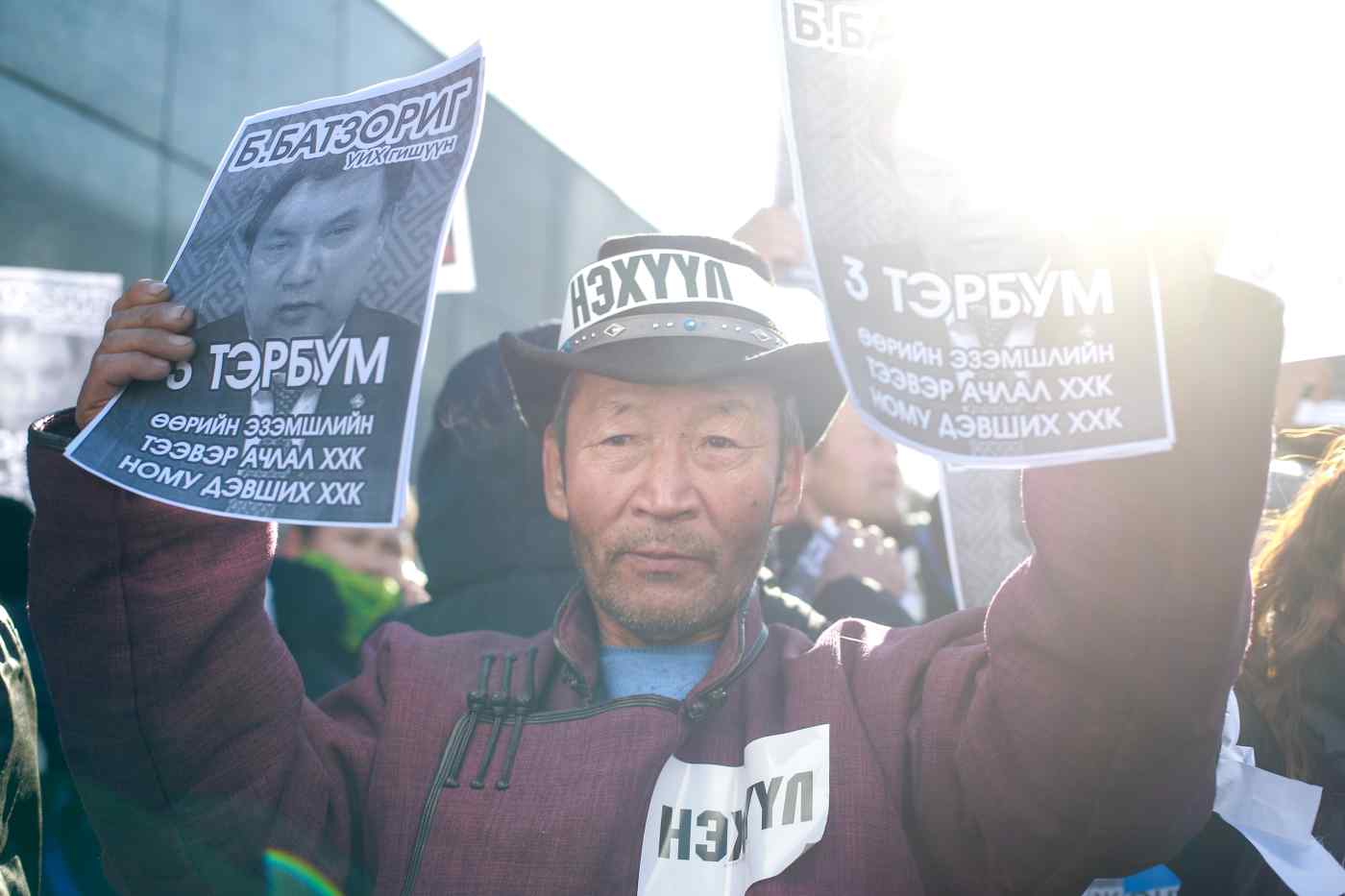 "I'm here to fight against the crooks who stole from the people, and I will fight until they face justice," said Munkhtsetseg Ulzii-togtokh, a shopkeeper in her 60s.

Her anger stems from years spent fruitlessly trying to expand her business with a government loan -- the Small and Medium Enterprises Development Fund extends loans with an interest rate of around 3% versus typical business bank rates of up to 20%.

The rage at Mongolia's biggest political demonstration of the year is over allegations that three members of Prime Minister Ukhnaa Khurelsukh's cabinet have benefited by getting the low-interest loans for business controlled by them or their family members. More than a dozen lawmakers and police officials have also been implicated.

The head of the fund has been arrested, and the state auditor and the minister overseeing the fund -- himself an alleged beneficiary -- have both been ousted. Others are under investigation.

The aspersions are tainting the premiership of Khurelsukh, who took office just last year after a separate scandal over officials getting favorable deals led to the ousting of his predecessor.

The Mongolian National Chamber of Commerce and Industry announced Wednesday that its more than 3,500 member companies would withhold tax payments until the lending scandal is resolved. The chamber is also demanding a constitutional amendment to public oversight of government finances.

"Over the past two years, the crisis in the Mongolian economy has been overwhelming," the chamber said in a statement. "Meantime, high-ranking officials are taking advantage of funds meant to support businesses and are using their power and privilege to benefit themselves."

Julian Dierkes, who heads the program on Inner Asia in the School of Public Policy and Global Affairs of the University of British Columbia, said the demonstrations could get much bigger.

"If officials and organizations neglect the deep-seated public frustration over corruption, we might expect massive protests for calling changes," Dierkes wrote in a blog post earlier this month.

In financial distress after years of slumping commodity prices, Mongolia last year began a $5.5 billion bailout program with the International Monetary Fund. At the same time, the country's politicians have sought to avoid becoming overly dependent on neighboring China for support and trade.

The loan scandal is sharpening a constitutional standoff between Khurelsukh and his Mongolian People's Party government and President Khaltmaagiin Battulga of the opposition Democratic Party.

Battulga, who has been pushing for the country to shift away from parliamentary government, late last month sought the dissolution of the legislature -- a demand later rejected by a parliament dominated by the People's Party.

Khurelsukh has demanded that lawmakers who received SME Fund loans apologize and repay the money. The People's Party, however, has been split by the scandal, with some lawmakers calling for a no-confidence vote against their own cabinet.

"SME embezzlement is a result of too many businessmen holding political powers and making our society dirtier and more corrupted," said Tserendash Tsolmon, a senior politician and former minister.

"Powerful politicians like Khurelsukh must fight to declare justice at any cost," the lawmaker said. "I think its better for the MPP to provide political stability. It is not good for Mongolia in case of foreign investment when we have unstable governance, and cabinets changed in every one year or two."