Results could be determined by 30% who voted for eliminated candidate 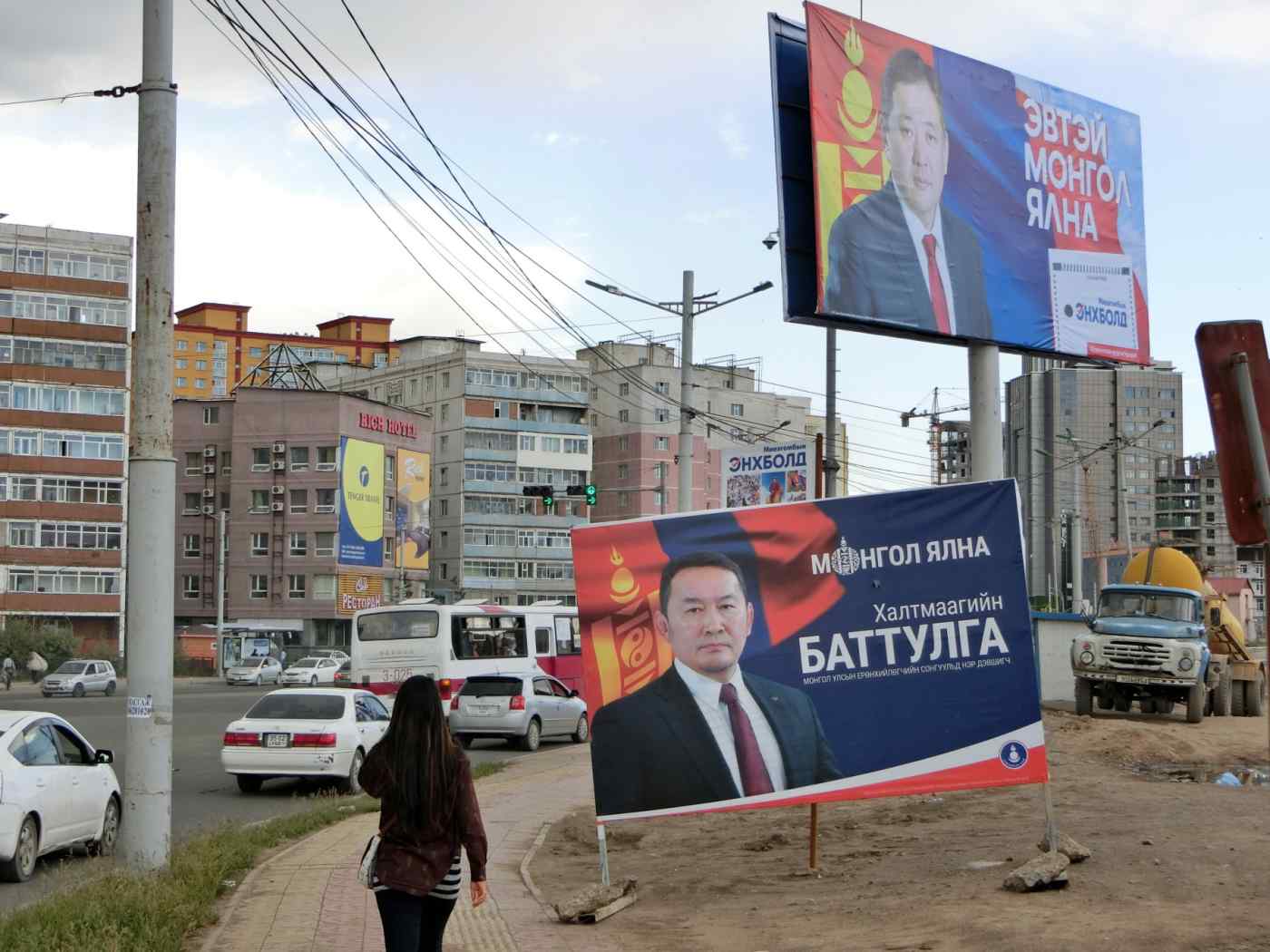 ULAANBAATAR -- Mongolia's two top finishers in last month's election are heading into the country's first-ever presidential runoff, with the outcome hinging on 30% of the voters who initially chose a third candidate.

Battulga Khaltmaa of the leading opposition Democratic Party won 38% of the votes cast on June 26, followed by Enkhbold Miyegombo of the ruling Mongolian People's Party at 30%. Because no single candidate secured a majority, the two will advance to a runoff round on Friday, with results expected early Saturday.