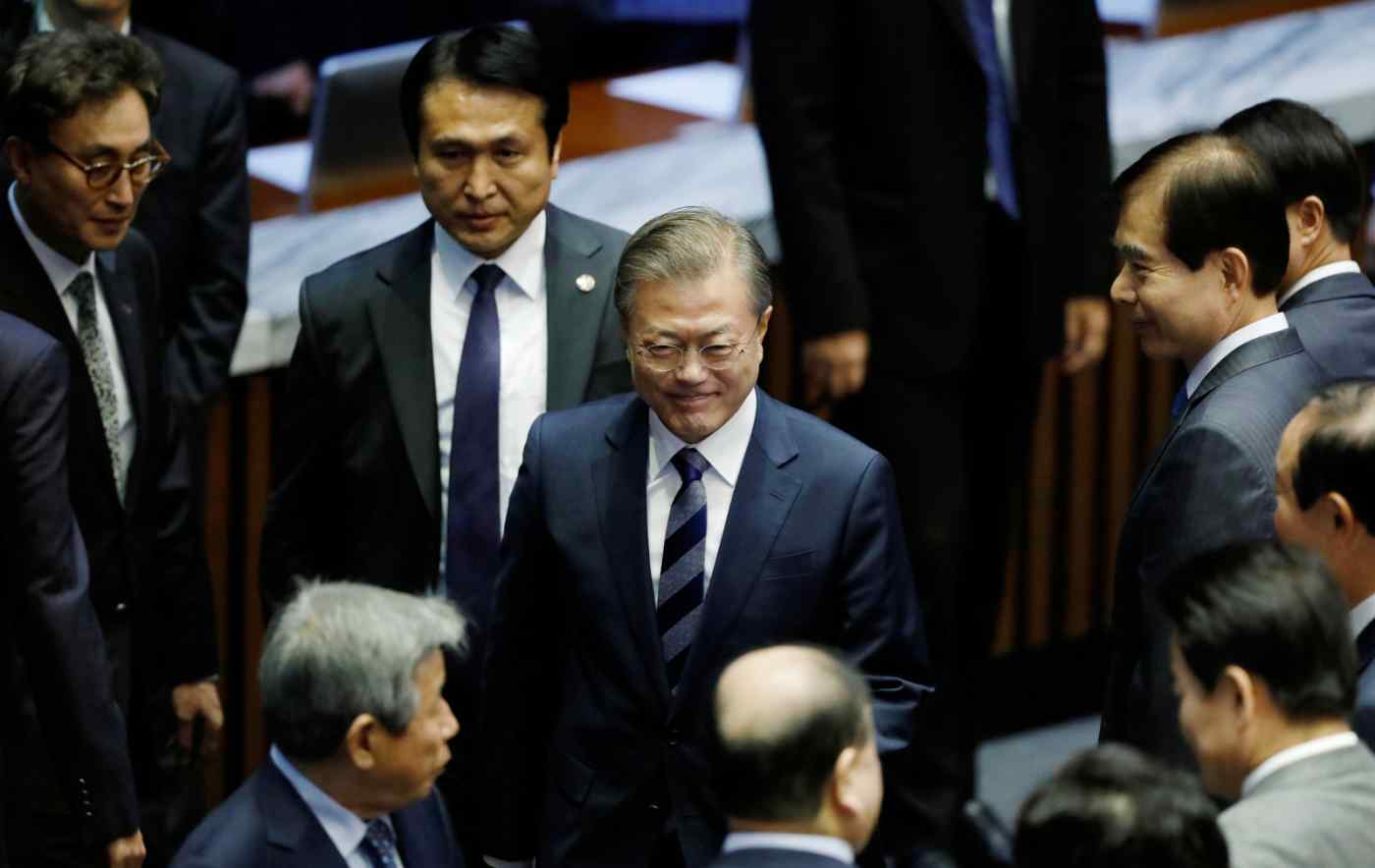 The Blue House spokesman announced the removal of Economy and Finance Minister Kim Dong-yeon and chief of staff for policy Jang Ha-sung, the two men who had been at the control tower of Moon's economic policy.