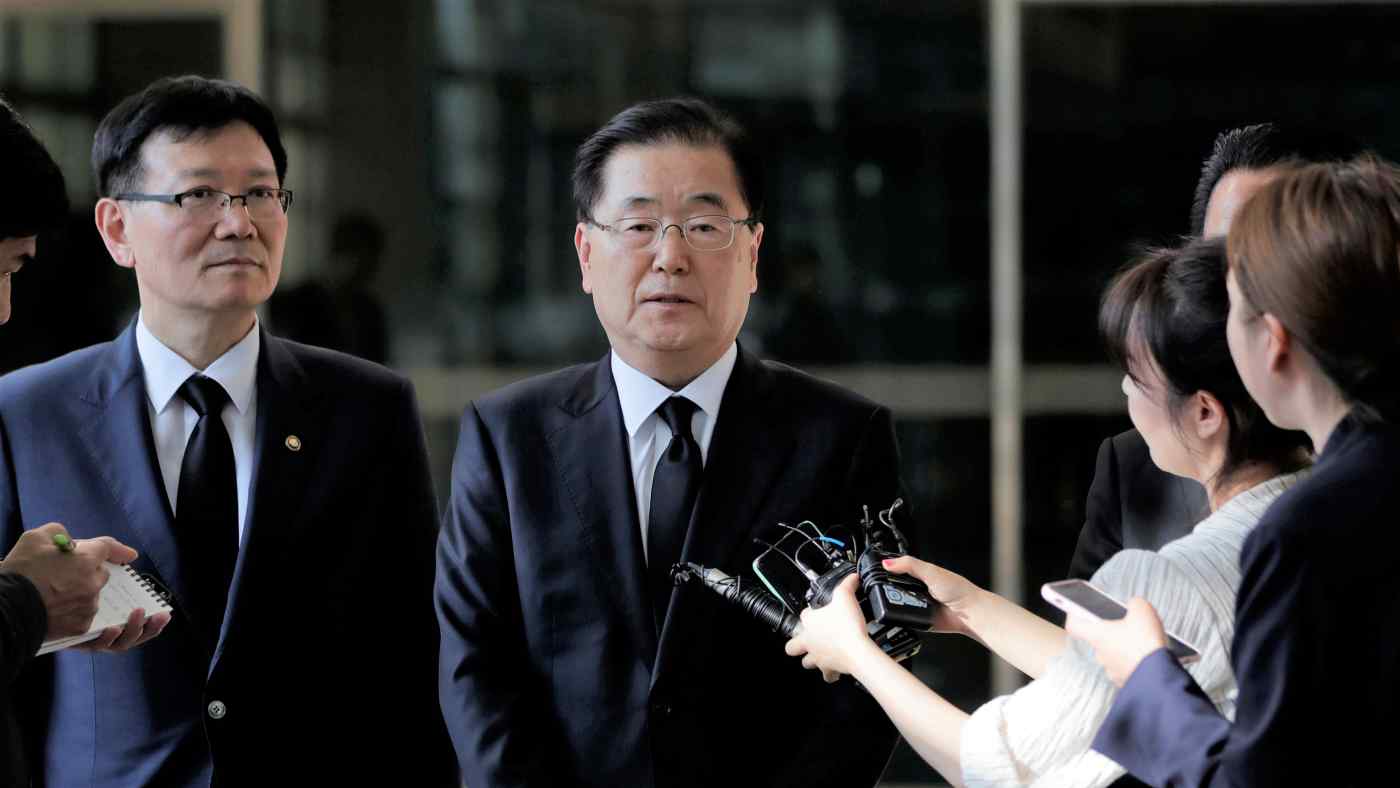 Chung will replace Kang Kyung-Wha, who has been the country's top diplomat since the start of the Moon administration.

As director of the National Security Office, Chung engaged in consultations with the United States and North Korea over the North's denuclearization and other diplomatic and security issues.

After serving as the director for three years until July, he became a special adviser to the president on foreign policy and national security, a post he still holds.

The latest personnel change comes as Democrat Joe Biden is set to be inaugurated as president of the United States.

Chung was a career diplomat before becoming a lawmaker and serving one term in the National Assembly from 2004 to 2008.