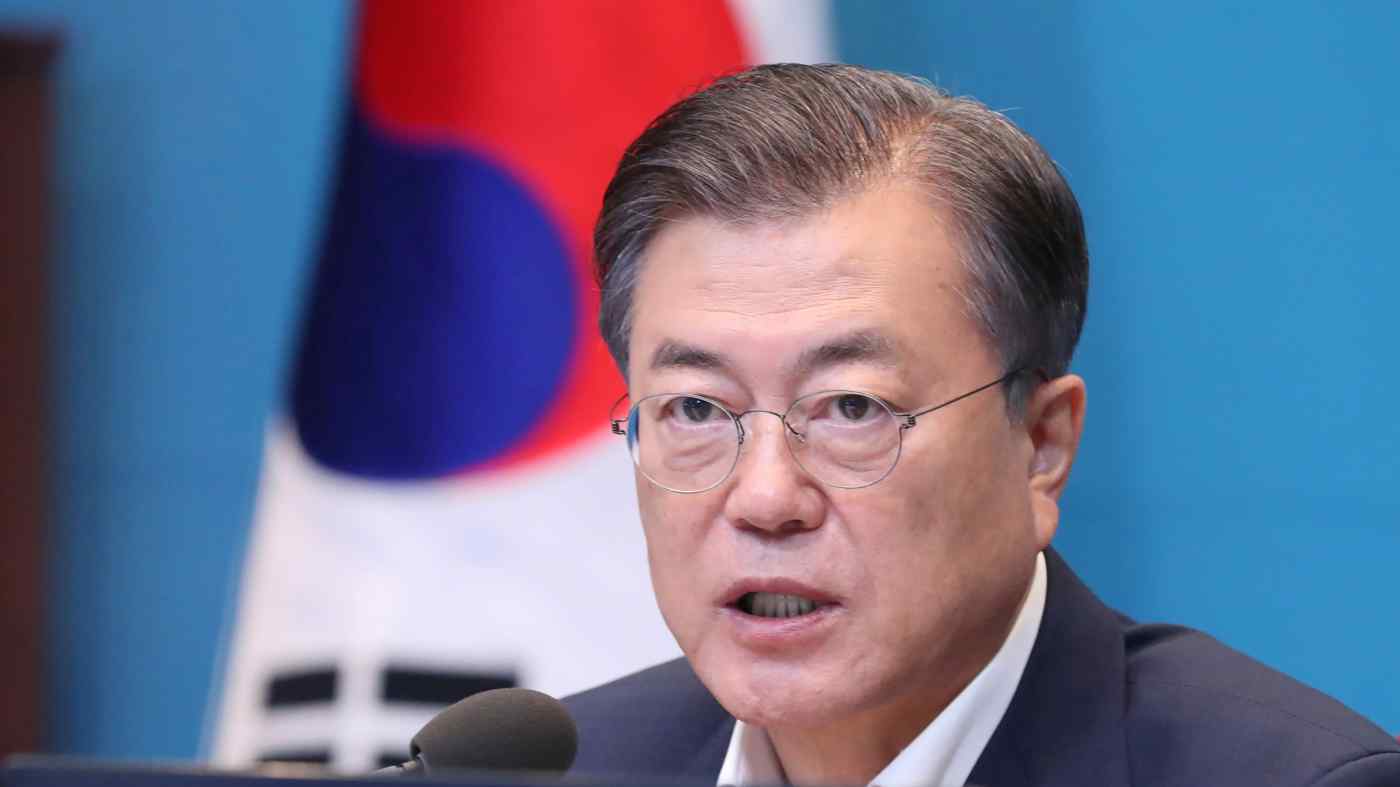 SEOUL -- South Korean President Moon Jae-in reshuffled his Cabinet on Friday after his approval rating dropped to record lows over housing policy and an internal feud in the Justice Ministry.

Moon switched his land, health, interior and gender equality ministers. They will be inaugurated after confirmation hearings at the National Assembly.

Analysts say the move is sign that Moon is entering a lame duck period of his single five-year term that ends in May 2022.

The president's approval rating fell to 37.4% in the first week of December in a survey conducted by Realmeter, down from 43.8% the previous week. Support for Moon also fell to a record low of 39% the same week in a Gallup Korea poll.

Moon has made easing inequality a key policy goal, particularly through measures intended to create stable jobs and stem rising apartment prices. But he has not managed to cool the property market, and many close associates have been accused of the same kind of speculation that he pledged to root out.

Meanwhile, Prosecutor General Yoon Seok-youl came back to work on Tuesday as a court upheld an injunction against his suspension from duty by Justice Minister Choo Mi-ae. The feud could prove a pivotal moment in Moon's campaign to rein in the country's prosecutors' office, which enjoys wide-ranging powers to launch and pursue investigations.

Rising coronavirus cases in a country that initially was hailed as successful in tackling the virus are also putting pressure on Moon's administration.

South Korea's new daily cases topped the 600 mark for the first time in nine months on Friday. Acting Mayor Seo Jeong-hyup said the capital Seoul will require most establishments to close by 9 p.m.

Moon's nominations are as follows:

- Ministry of the Interior and Safety: Jeon Hae-cheol, a three-term lawmaker of the governing Democratic Party and a close aide to Moon

- Ministry of Gender Equality and Family: Chung Yong-ay, a board director at Korea Foundation for Women