The election of Moon Jae-in as South Korean president has ended a six-month political rollercoaster hallmarked by the impeachment and eventual arrest of former President Park Geun-hye. But Moon's accession to the Blue House will complicate Japan's efforts to establish a positive and forward-looking trajectory in its relations with Seoul.

Moon, who was trained as human rights lawyer, has been critical in the past of Japan's approach to South Korea -- especially under the administration of Prime Minister Shinzo Abe. Moon railed against a landmark 2015 deal on World War II "comfort women" agreed by Abe and the Park government, and appears to have no objection to the erection of a statue representing a comfort woman in front of Japan's consulate in Busan late last year -- a move that stymied a gradual improvement of ties between Japan and South Korea.

The Busan statue magnified long-standing frustrations in Tokyo about an earlier statue placed in front of Japan's embassy in Seoul, and resulted in a three-month absence from South Korea of the Japanese ambassador, who returned in April.

When the comfort women deal was signed, Japan hoped it might signal the political end of a long-running irritant in relations with South Korea. The agreement, which included the provision of 1 billion yen ($8.8 million) to a fund for the remaining comfort women, was described as a "final and irreversible" settlement of differences between the two nations on the issue. The settlement also specified that the South Korean government would "undertake measures" to address the issue of the statue in Seoul.

But the notion that the comfort women deal was a catalyst that would heal long-strained ties between Tokyo and Seoul now looks fanciful. The agreement was heavily criticized in South Korea, with civic organizations and opposition parties launching volleys at Park for what they perceived to be a "secretly hammered-out" agreement without proper consultations. Indeed, everything associated with the Park government -- including the former president's reluctant enhancement of security cooperation with Japan on North Korea -- has been made radioactive by Moon's rhetoric during the impeachment and pre-election period.

Since that point, Moon has demonstrated his solidarity with civic groups opposed to the comfort women deal -- including a visit to the statue in Busan earlier this year. After Moon's election victory, Abe phoned to congratulate him and to urge that the 2015 deal should be upheld. Moon declined to commit, noting: "The reality is the majority of our people cannot emotionally accept the comfort women agreement."

Aside from tensions on the comfort women deal, other concerns in the relationship include long-running territorial tensions over a group of islets called Dokdo by South Korea and Takeshima by Japan, and legal wrangling over the liability of Japanese companies that operated in South Korea during World War II.

Despite these strains, structural factors will hopefully push Moon toward a pragmatic approach to regional relations, including those with Japan. He is not likely to make concerted efforts to undermine the bilateral relationship, although his foreign policy is likely to be hemmed in, to some extent, by opposition parties in the National Assembly.

However, Moon's policies on North Korea, which remains intent on perfecting its missile delivery systems to create a credible threat to the continental United States, should be especially concerning to Tokyo and Washington. Moon has promised to review South Korea's approach to its malcontent brother to the North and to the deployment of a U.S. THAAD missile defense battery in South Korea.

No matter how this may play out in practice, there are concerns that South Korea may be willing to appease Pyongyang and support direct negotiations with the northern regime of Kim Jong Un. Such an approach would amount to a reprise of the so-called "sunshine policy" of talks and humanitarian aid that was followed by South Korean presidents Kim Dae-jung and Roh Moo-hyun between 1998 and 2006.

But it would be a mistake for Moon to go down that road. It is tempting to think that the North is looking to "sue for peace," and that this desire lies behind its aggressive behavior and the rapid testing of its missile and nuclear weapons programs.

Pyongyang's behavior over the last two decades suggests that it has no interest in negotiations and is only focused on developing its weapons capability. Moreover, the North has threatened to respond to tough rhetoric from U.S. President Donald Trump with "preemptive nuclear war." Against this background conciliatory policies by Moon will likely only add to the political and military insecurity in the region.

In response to all this, Japan should continue its delicate approach to relations with Moon, stressing the importance of a united approach to further provocation from the North. Now is the time for enhanced trilateral information sharing between Japan, South Korea and the U.S., joint military exercises, and seamless security and policy coordination.

If Seoul wavers on its joint approach with Japan and the U.S., Pyongyang will expose the crack and reprise its tried and tested strategy of playing for time with regard to its weapons program development. The Trump administration's military strike on Syria in April has only cemented the North's view that its only security guarantor is the enhancement of its nuclear arsenal.

Likewise, political navigation of thorny bilateral issues -- such as the fate of the comfort women deal and the Dokdo-Takeshima issue -- must be managed carefully and diplomatically. While rough roads lie ahead, the Abe government should remain cautious and measured in its approach, and continue to stress the importance of the security steps taken by the Park administration.

The course ahead will be challenging for both Seoul and Tokyo, but the stakes are too high for a reignited political feud. 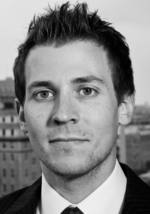 Jonathan Berkshire Miller is a senior fellow specializing in East Asia at the EastWest Institute, an organization focused on conflict resolution, in New York.