Moon sticks by his justice nominee despite mounting allegations 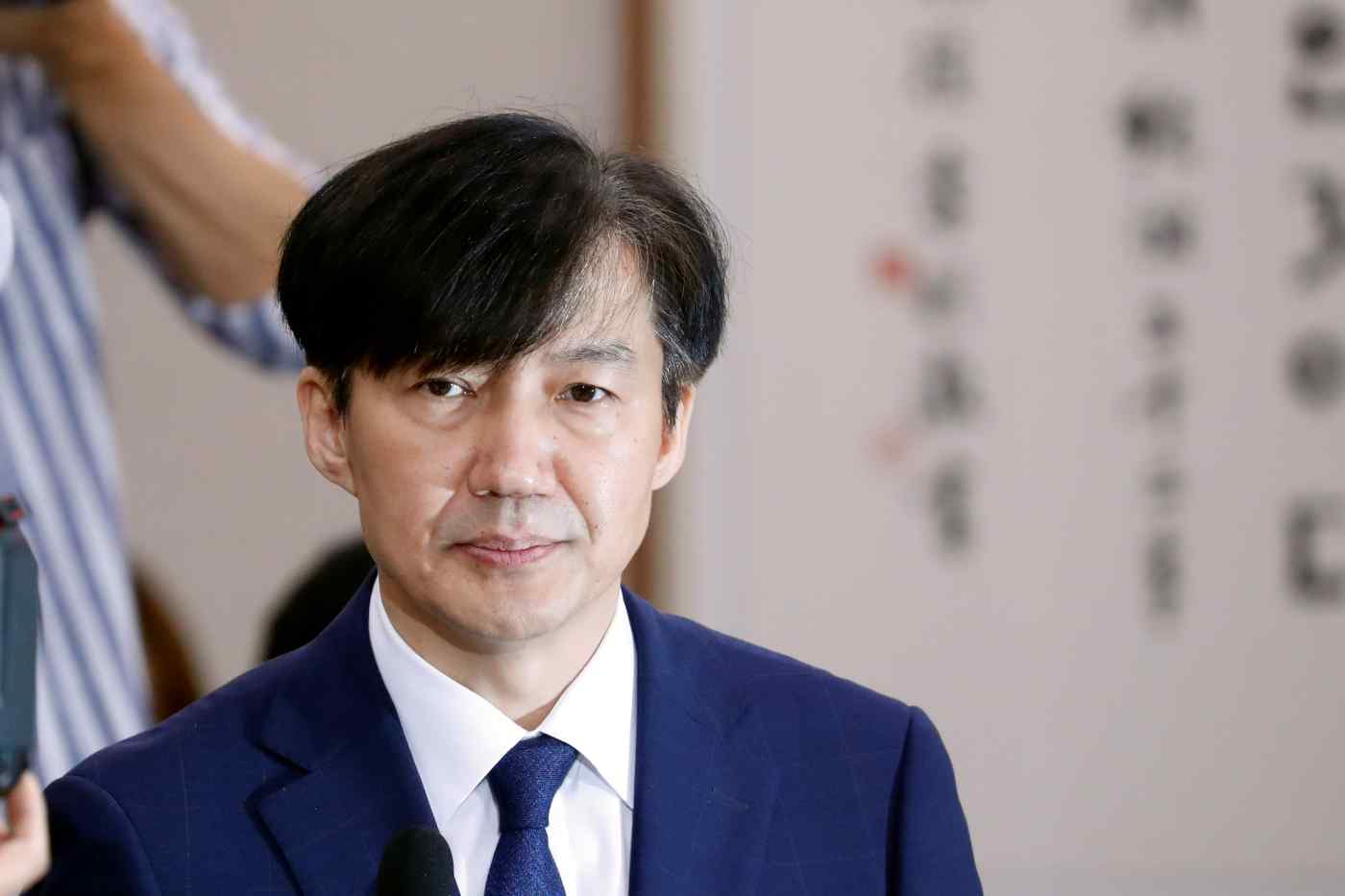 SEOUL -- South Korean President Moon Jae-in is standing by his nominee for justice minister, who was grilled in parliamentary confirmation hearings on Friday amid suspicions of corruption.

Prosecutors are expanding their probe into Cho Kuk, a former senior secretary to Moon, as allegations continue to emerge that he and his family abused his position, such as to help advance his daughter's academic career. Cho denies the charges, and the presidential Blue House appears unlikely to withdraw the nomination, maintaining that Cho has sufficiently explained his position.

The scandal has divided the public, and even drawn accusations that Moon stoked tensions with Japan in order to distract from the matter. Cho's status as a key figure in pushing for prosecutorial reform may make it difficult for Moon to withdraw his nomination, but the affair risks becoming an increasingly painful thorn in the administration's side.

Cho, for his part, apologized on Friday for causing the public "disappointment," but continued to assert his innocence, denying allegations such as that he or his wife had sought special treatment for their daughter. While still in high school, Cho's daughter was listed as the lead author of a medical paper, a merit seen as possibly having helped her get admitted to a renowned university.

Cho's daughter also received a number of scholarships despite less-than-stellar grades, while the family is suspected to have invested in a private equity fund with unknown operators as a tax dodge. Recently, suspicions have surfaced that Cho's wife forged an academic award for their daughter to help her get into medical school, and that both spouses tried to cover up the matter.

Over 50% of respondents to a recent public opinion poll opposed Cho's appointment as justice minister, but about 90% of those who favor Moon supported it. Along with being a key player in prosecutorial reform efforts, Cho has been viewed as a potential presidential candidate. Consequently, shelving Cho's appointment may no longer be a viable option, as doing so could alienate his fervent supporters and weaken unity against conservatives.

Meanwhile, prosecutors' probe into the allegations around Cho is broadening. On Aug. 27, they searched the households of people suspected to be involved, and they intend to question Cho's wife and daughter soon, South Korean media have reported. Depending on how the investigation develops, Cho could become the South's first nominee to the post of justice minister to have a family member suspected of breaking the law.