Yoon Seok-youl emerges as leading candidate to be next president 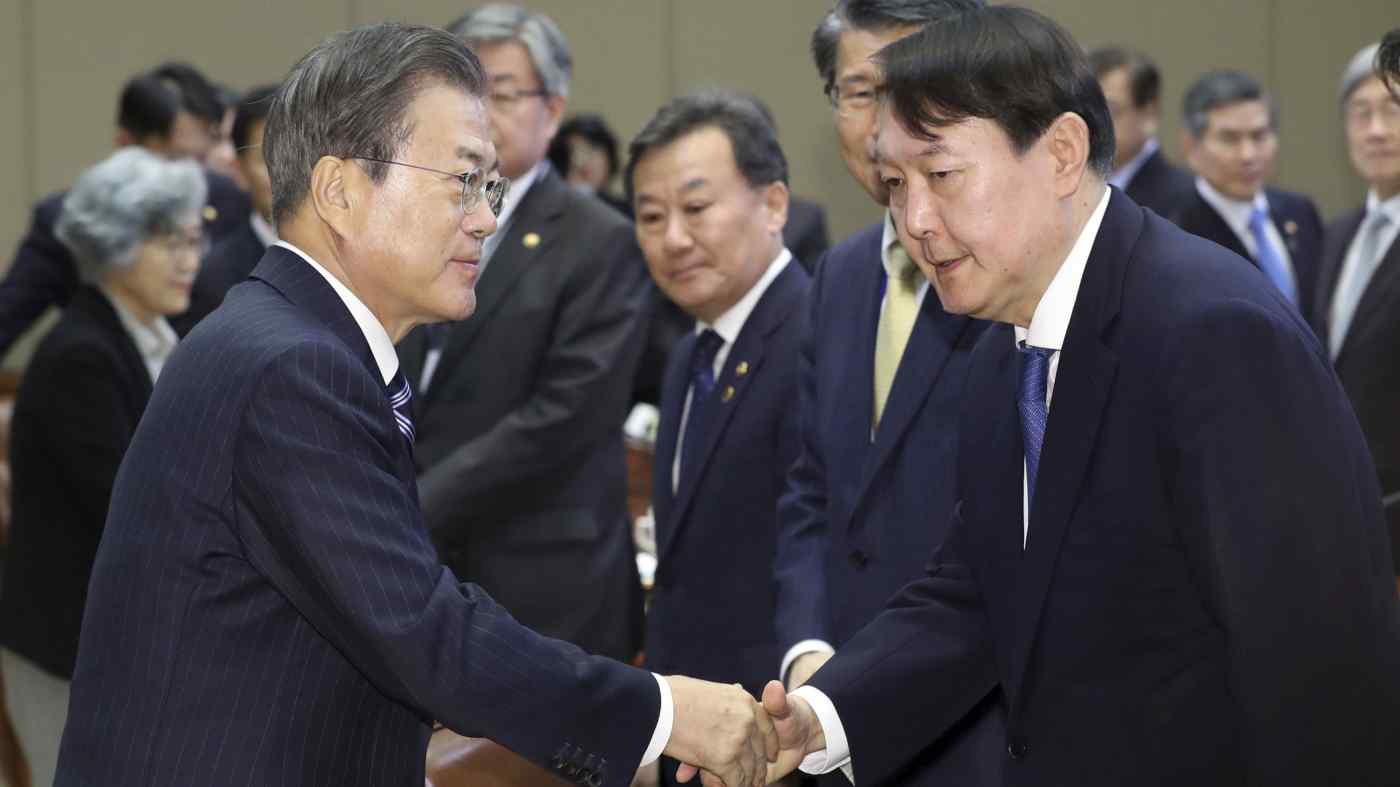 That is useful advice, considering the turmoil surrounding the man in pole position to become the country's next president, and the growing rift between the government and the country's prosecutors' office as President Moon Jae-in seeks to rein in its wide-ranging powers.

On Wednesday, Yoon was suspended for two months after a Justice Ministry disciplinary committee found he had collected and distributed personal information on judges. He was also criticized for making political comments in the National Assembly.

While Moon accepted Justice Minister Choo Mi-ae's request to punish Yoon, the country's top prosecutor has refused to accept the disciplinary action and plans to file a petition with the Seoul Administrative Court to nullify the decision. Choo has offered to resign to take responsibility for the feud.

"I want to end confusion over the punishment of the prosecutor general and hope the Justice Ministry and the Prosecutors' Office will make a fresh start," Moon said.

Yoon, 59, is emerging as the leading candidate to take over from Moon in the next presidential election slated for March 2022, although he has not stated his intention to run.

In a survey by Hangil Research last week, 28.2% of respondents said Yoon was their preferred candidate to become the next president. He was followed by Gyeonggi Province Gov. Lee Jae-myung of the governing Democratic Party with 21.3% and Lee Nak-yon, the party chairman, with 18%.

The president's alleged intervention in the election of Ulsan's mayor in 2018 in support of longtime friend Song Cheol-ho is currently under investigation. Prosecutors also arrested two government officials earlier this month for allegedly destroying documents related to the manipulation of the economic value of old nuclear power plants in Wolsong, apparently in response to presidential pressure.

"The Blue House is in danger," Chin Jung-kwon, a political commentator, wrote on Facebook, referring to the presidential office. "Now it is clear why 'prosecution reform' should be made."

The public, however, is split over Moon's move. Half the respondents to a Realmeter survey on Wednesday said the punishment of Yoon was excessive, while 34% said that the sanctions were too weak.

While Yoon is gaining popularity for prosecutors' probes of the Blue House, Moon is losing support as he begins to show signs of being a lame duck. The president's approval rating fell to a record low of 38% in the second week of December, according to a survey by Gallup Korea.