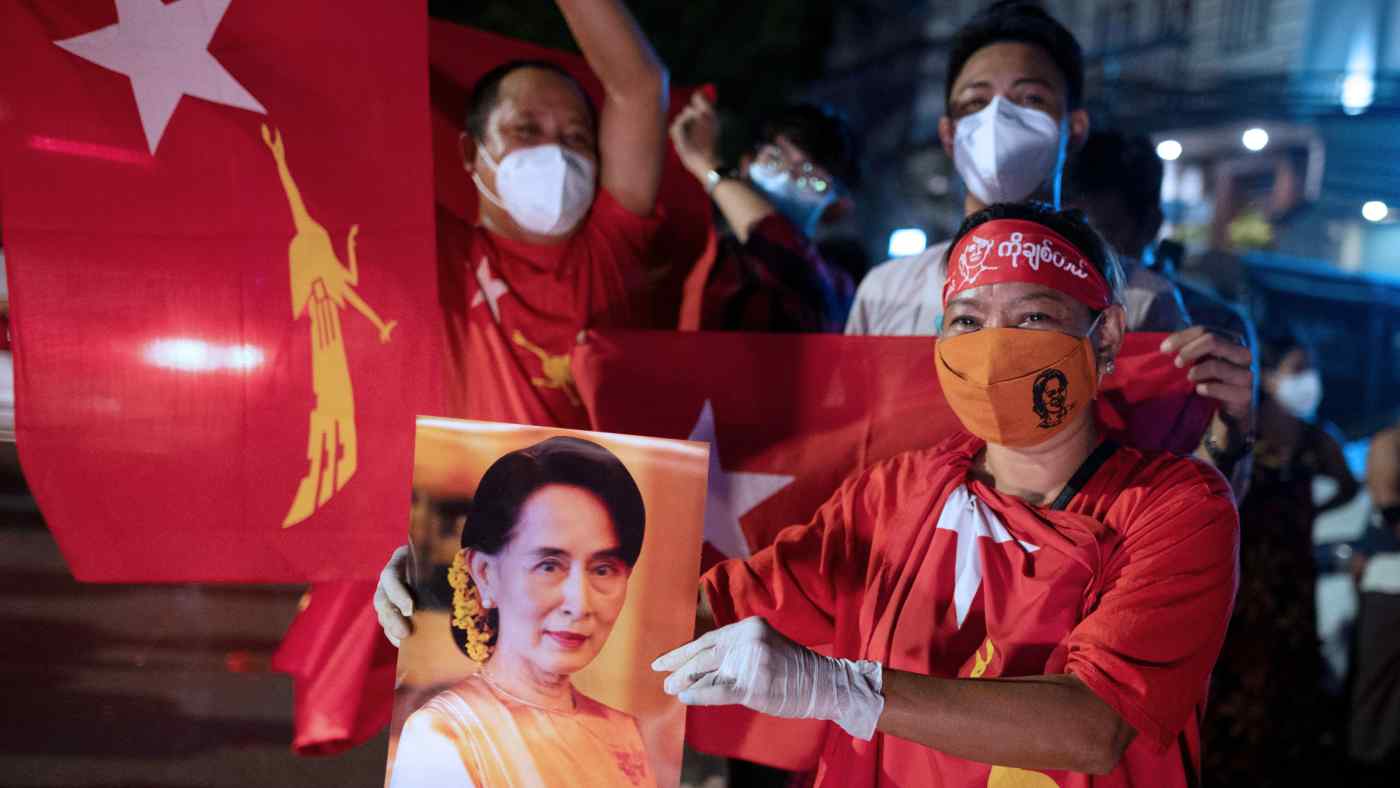 YANGON -- Myanmar's ruling party, the National League for Democracy led by Aung San Suu Kyi, says it won enough seats in Sunday's general election to secure a parliamentary majority on its own.

NLD spokesman Myo Nyunt on Monday claimed the party took more than enough seats to form the government. Asked by Nikkei Asia whether it had surpassed 322 seats -- half of all seats in the upper and lower houses -- he replied: "According to our data, we have come over that amount."