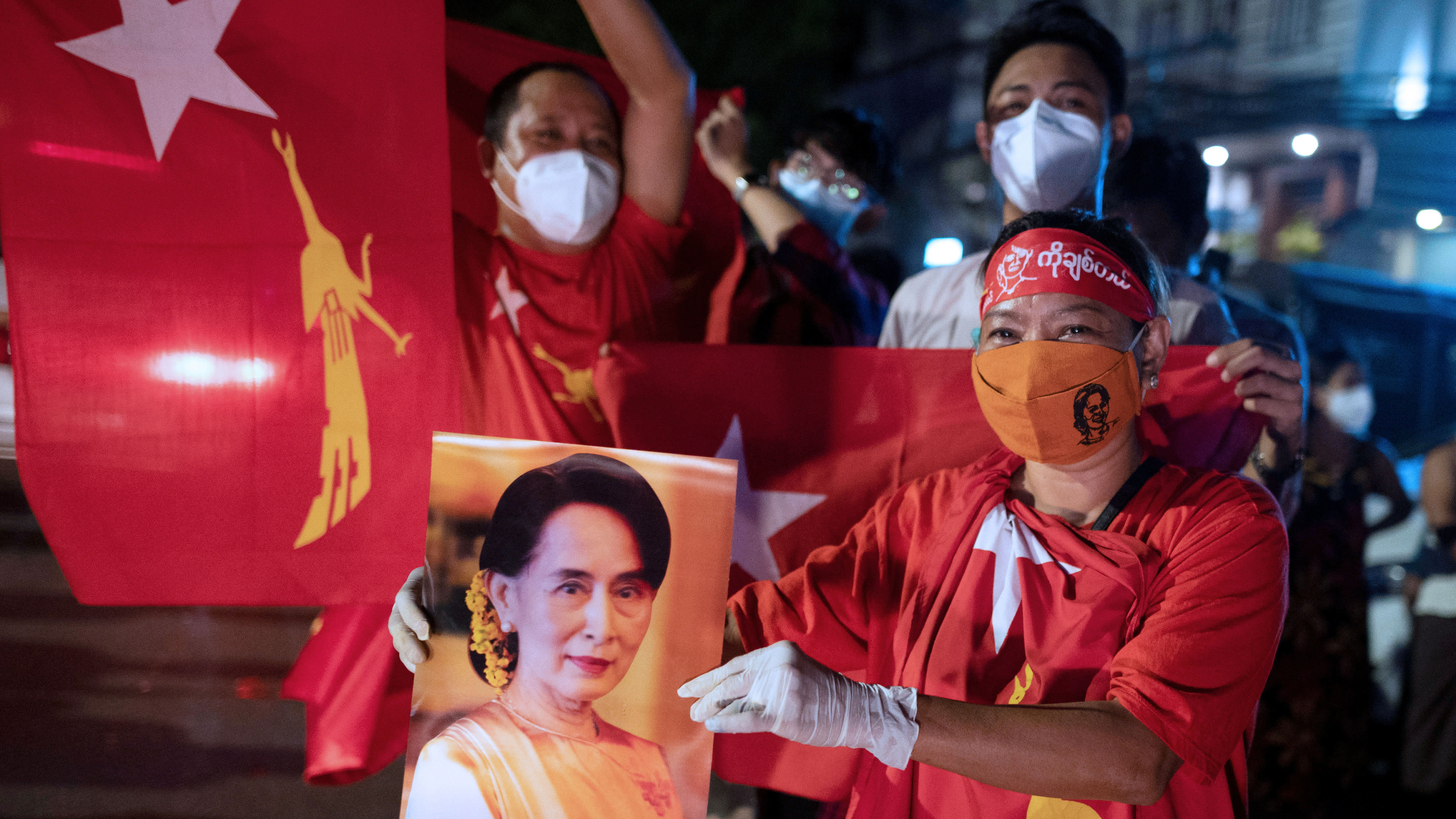 YANGON -- Myanmar's ruling party, the National League for Democracy led by Aung San Suu Kyi, says it won enough seats in Sunday's general election to secure a parliamentary majority on its own.

NLD spokesman Myo Nyunt on Monday claimed the party took more than enough seats to form the government. Asked by Nikkei Asia whether it had surpassed 322 seats -- half of all seats in the upper and lower houses -- he replied: "According to our data, we have come over that amount."

He added, "We estimate that we will get more seats than the 2015 election."

The NLD is collecting information from its observers at each polling station. Election officials, however, continue to count ballots and have not made an official announcement.

Sub-commission officials Nikkei Asia spoke with said voter turnout was higher than expected. Citizens were seen lining up in the early hours of Sunday morning, before polling stations opened, showing their enthusiasm for the chance to have their say.

Voters said that they were not satisfied with everything the NLD government had done so far, but that they were eager to see the party press ahead with more changes. 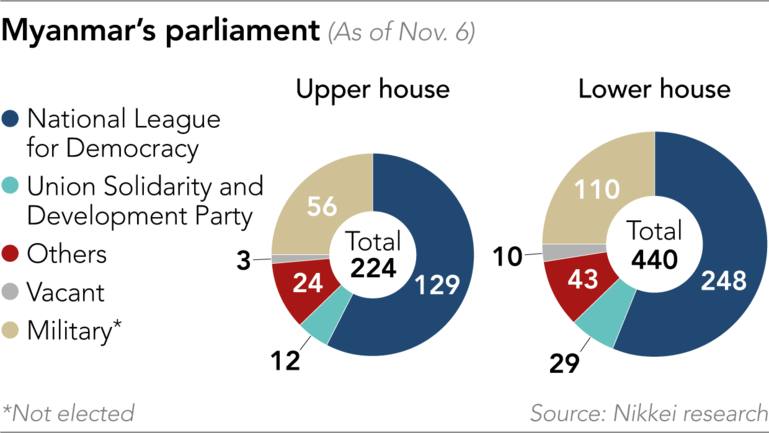 During the NLD's first five-year term, the Suu Kyi-led government struggled to advance peace talks between the country's army, known as the Tatmadaw, and ethnic armed groups that have been locked in a civil war for decades -- some since independence in 1948.

Meanwhile, the government is facing a genocide charge at the International Court of Justice over its alleged treatment of the Rohingya Muslim minority.

Critics say the NLD government needs to act faster to reform the economy, which is now being battered by the COVID-19 pandemic. Myanmar has reported more than 61,000 confirmed coronavirus cases.