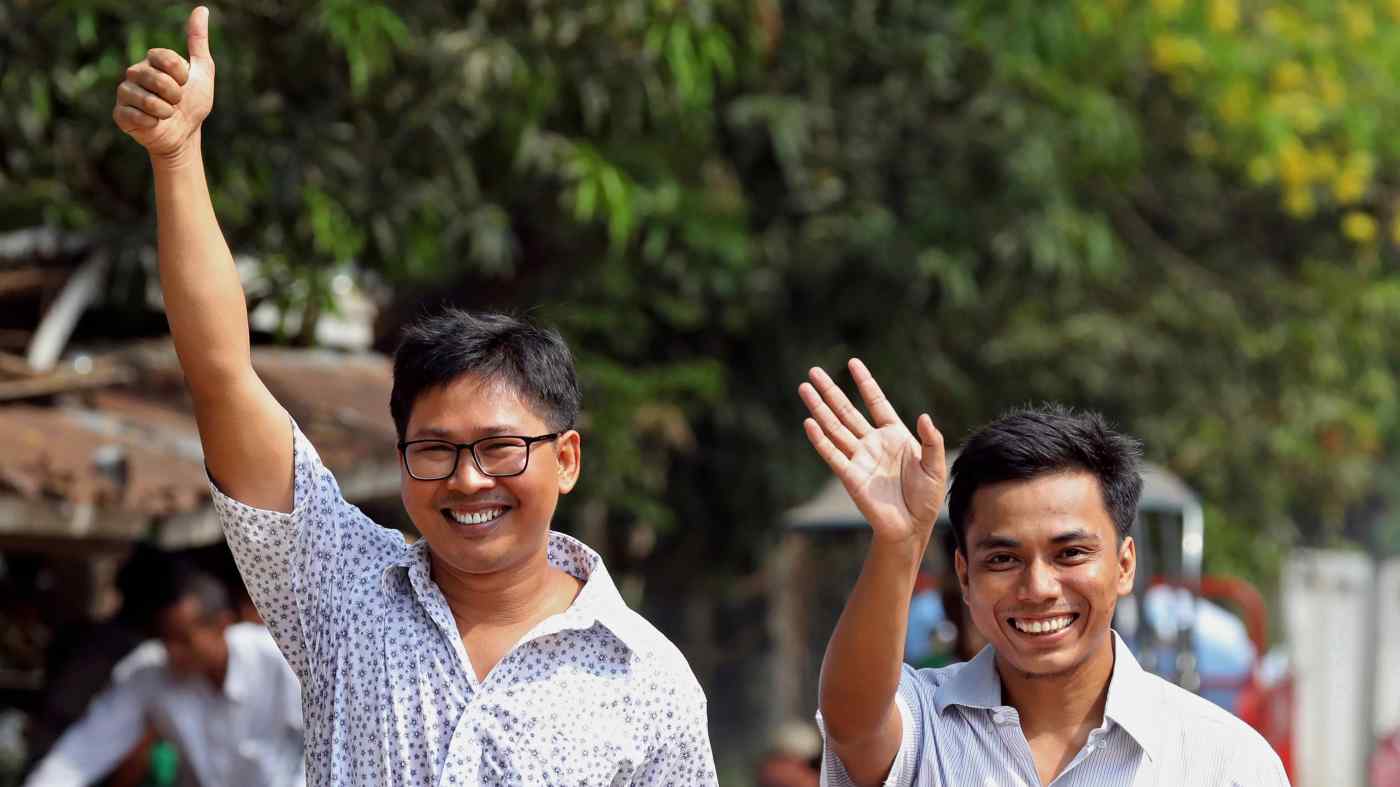 "I can't wait to go my newsroom," Wa Lone told reporters when he emerged. How the two local journalists will resume their reporting careers is moot, however, with their employer declining to comment. "I'm afraid we're not doing interviews or discussing the case at this point," Jamie Austin, a Reuters public relations officer, told the Nikkei Asian Review.