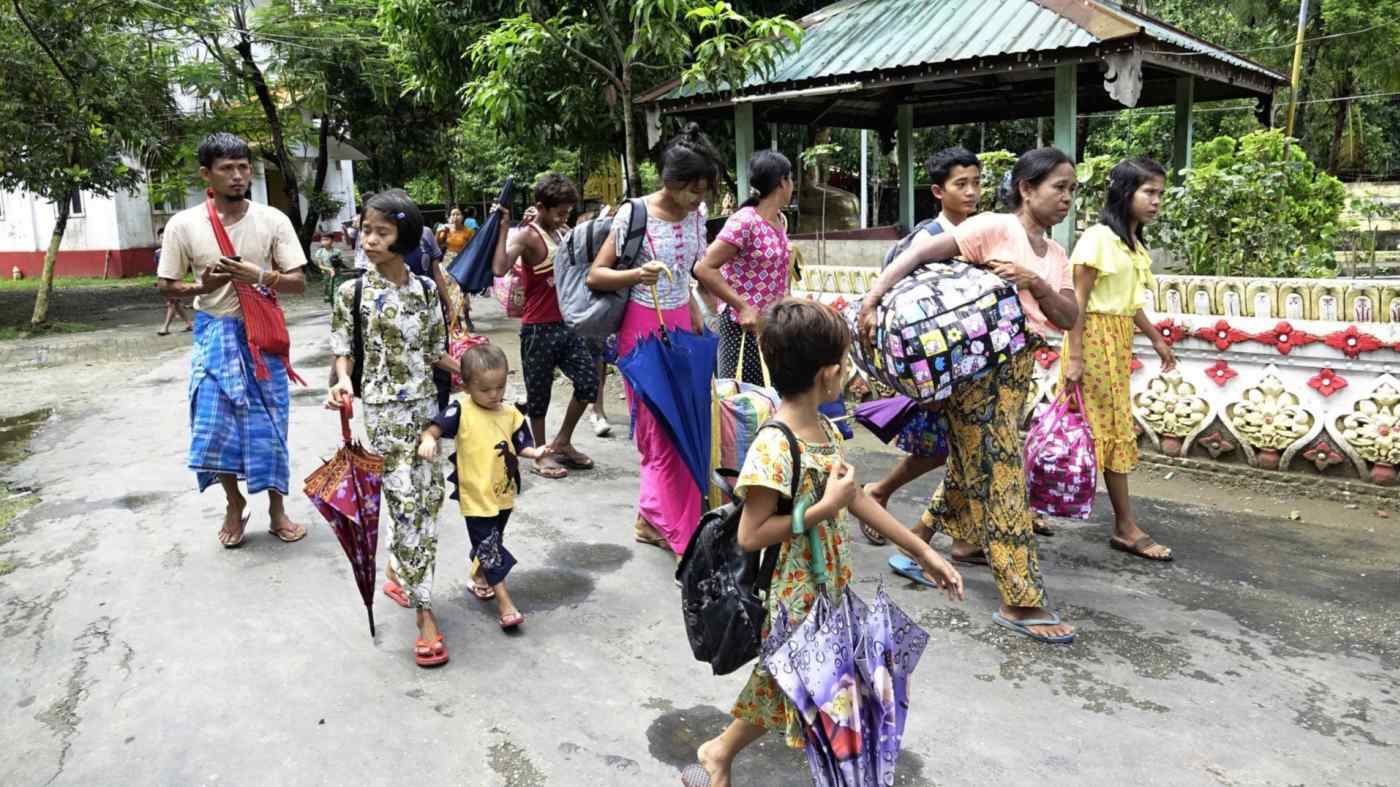 Elections are scheduled for Nov. 8.

"We don't know exactly which armed group abducted them. But it's likely to be one group but I can't confirm it for now," Monywa Aung Shin said by phone.

Myo Nyunt, an NLD party spokesman, also said the party could not confirm who the kidnappers were.

Since 2018, Rakhine state has been embroiled in a bitter armed struggle between the government and the Arakan Army, which seeks self-determination for the region's Rakhine ethnic minority. Myanmar has more than a dozen minorities seeking some kind of autonomy, but the well-trained and well-armed Arakan Army is considered to pose the greatest military threat.

Human rights groups have accused government forces of abuses against civilians in their fight against the Arakan Army, which has also been accused of abuses.

While no one has claimed responsibility for the abductions, the Arakan Army has gained notoriety for capturing officials and other civilians and exploiting their victims for propaganda purposes by showing videos of them on social media.

The military has not issued a statement on the incident, and relatives of the victims did not answer phone calls.

Fighting is not the only problem afflicting Rakhine, which has also faced a surge of coronavirus cases which caused the government to impose stay-at-home orders in the state.

While conventional campaigning is not allowed in areas with health restrictions, candidates can still go around in small groups to meet voters, Myo Nyunt said.