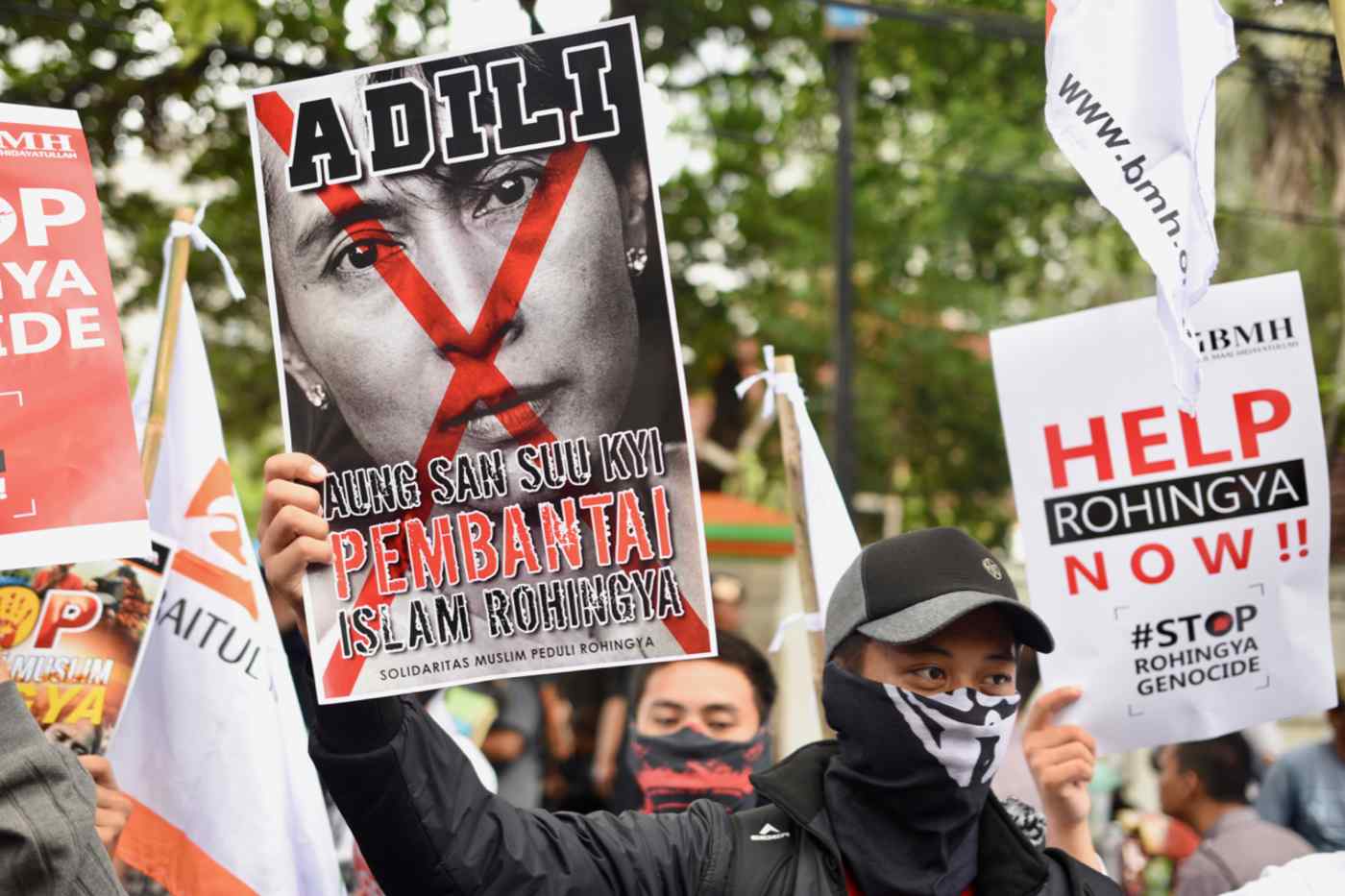 In Indonesia, home to more Muslims than any other country, around 400 demonstrators, including members of some Islamic political parties, gathered in front of the Myanmar embassy in Jakarta on Nov. 25, shouting demands that Aung San Suu Kyi hand back the Nobel peace prize she was awarded while under house arrest by the Myanmar military in 1991.