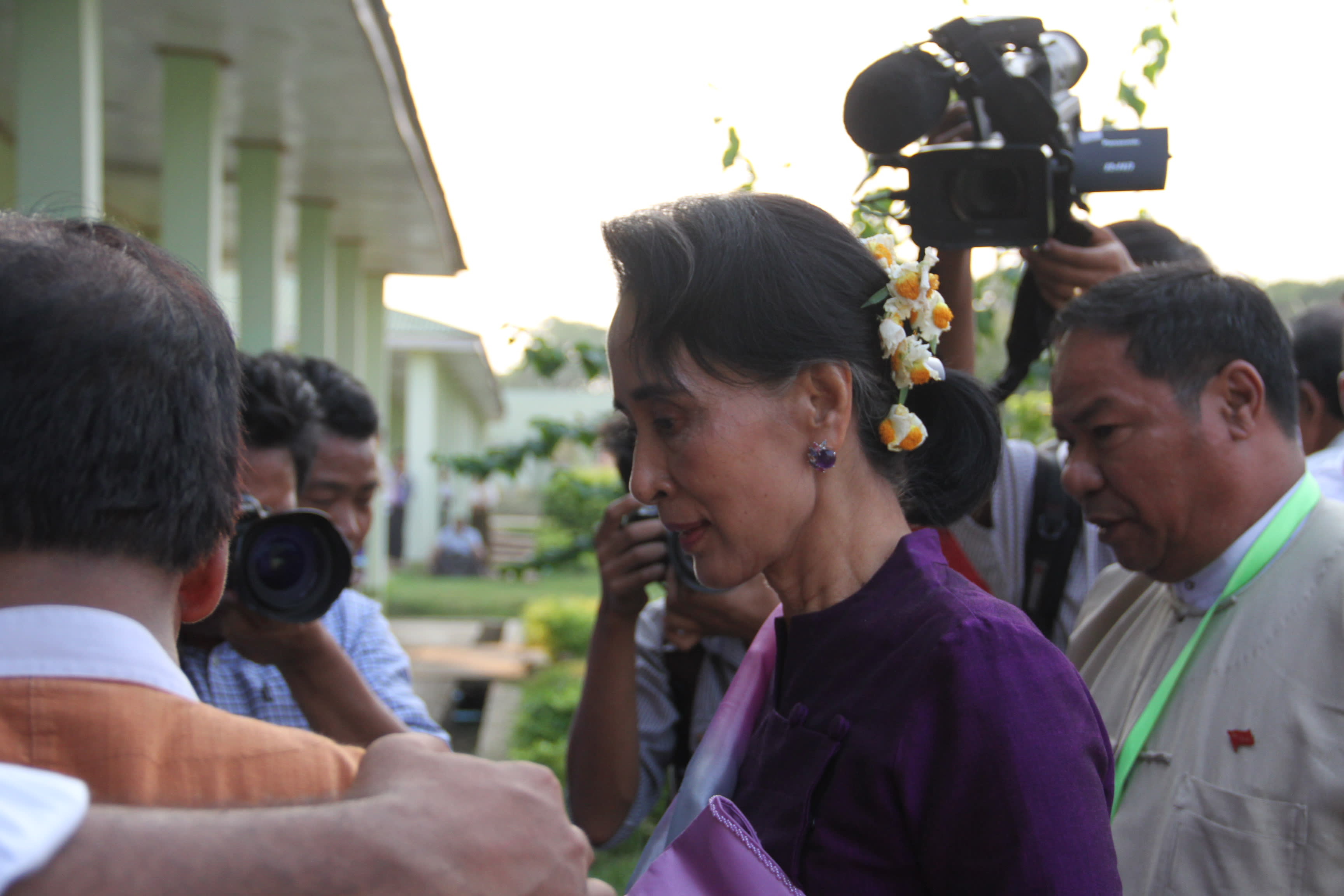 Ahead of the announcement of a new cabinet, Myanmar’s undisputed political leader Aung San Suu Kyi has used Htin Kyaw, her proxy as president, to reveal plans for a drastic reduction in ministries from 36 to 21.
THUREIN HLA HTWAY, Nikkei staff writerMarch 17, 2016 23:30 JST | ASEAN
CopyCopied

NAYPYITAW -- Htin Kyaw, who became Myanmar's first freely elected president after almost six decades of military rule on Mar. 15, has announced plans to streamline government by reducing the number of ministries from 36 to 21.

The reforms are to be debated in parliament on Friday, and include the introduction of a ministry of ethnic affairs, which will address the residual ethnic strife that has bedeviled the country since independence from Britain in 1948.

There were 34 ministers in the last cabinet, but the new lineup cannot be announced until after the parliamentary debate. Three ministries -- home, defense and border affairs -- are reserved for the military, which also holds an unelected 25% bloc of seats in parliament.

President Htin Kyaw's proposed reforms include collapsing six ministries within the old office of the president into one, including the ministries of sports, cooperatives, and science and technology. The old ministry of mines is slated for absorption into a broader portfolio covering natural resources and the environment.

Htin Kyaw is an open proxy as president for Aung San Suu Kyi, the leader of the National League for Democracy (NLD), which won the general election in November by a landslide. As the widow of a British academic with two sons who hold foreign nationality, Suu Kyi is barred from the presidency under the current constitution drafted by the military and adopted by referendum in 2010.

Htin Kyaw, 70, is a low-key confidant of Suu Kyi and an NLD insider who chaired the Daw Khin Kyi Foundation honoring her mother. He described his nomination for the presidency as a victory for "my sister" Suu Kyi, and received 360 out of 652 possible votes in the upper and lower houses of parliament. His first vice president, Myint Swe, secured 213 votes, and is close to Senior General Than Shwe, the military strongman who stepped aside in 2011. Second Vice President Henry Van Thio, a Christian from the Chin ethnic minority, won 79 votes and also belongs to the NLD.

"I chose Htin Kyaw and Henry Van Thio because I believe that they are both loyal to NLD, and obey the rules and regulations of the party," Suu Kyi said a day ahead of the voting in parliament.

"I couldn't hold back my tears when I heard the NLD's Htin Kyaw had become president," said Mi Kun Chan, an NLD supporter from Mon State.

Htin Kyaw's wife, Su Su Lwin, Myanmar's new first lady, is also an NLD member of parliament. Her late father, U Lwin, was a founding member of the party.