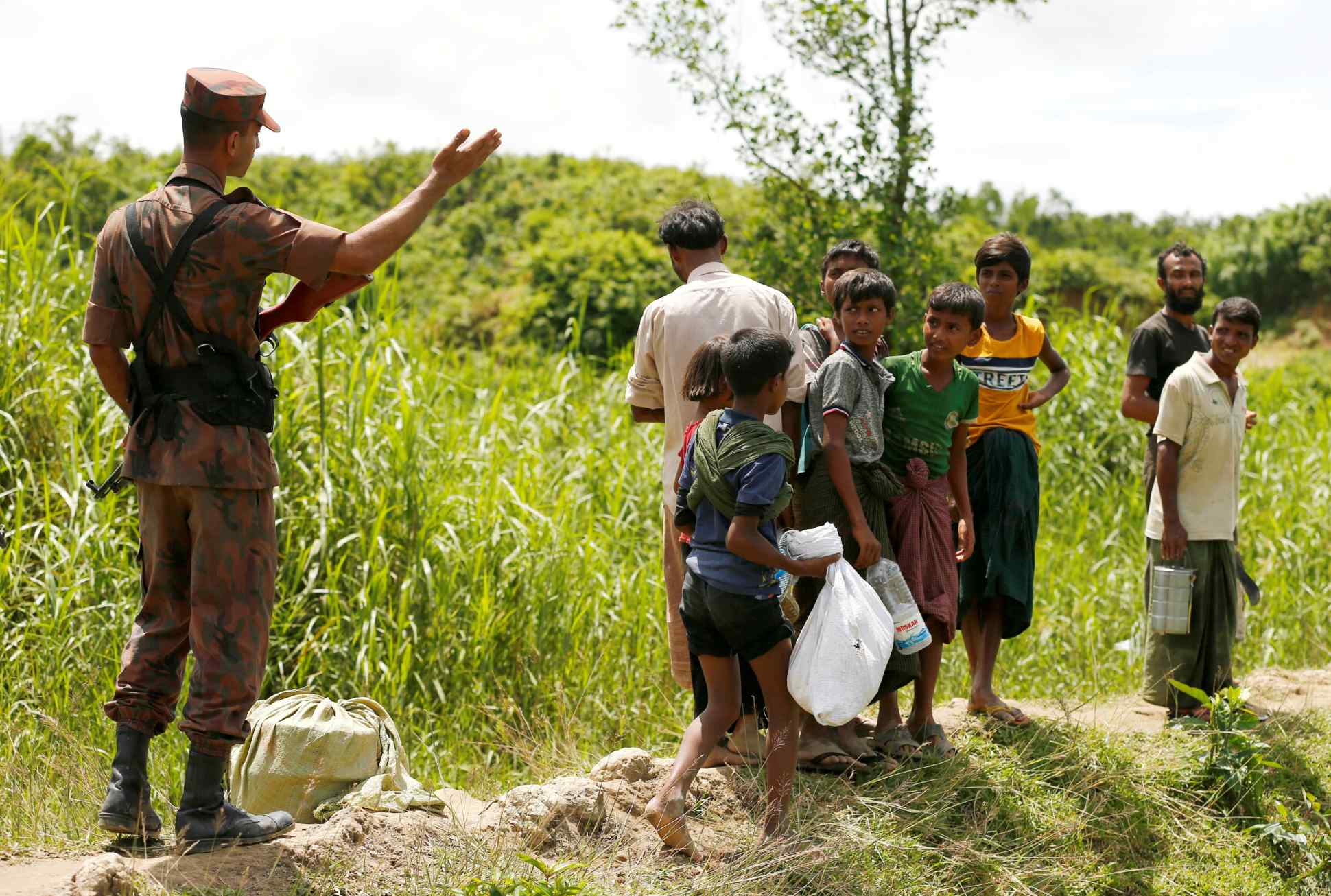 The operations are disturbingly reminiscent of the security forces harsh response to Rohingya assaults on officers last October. During the ensuing bloodshed, many Rohingya civilians were brutally persecuted.

The latest attacks by armed members of the Rohingya Muslim minority group in Rakhine State were larger than those in October. The international community is concerned about the escalating violence.

The Myanmar government on Aug. 25 listed the Arakan Rohingya Salvation Army, which claimed responsibility for the attacks, as a terrorist organization under the 2014 Anti-terrorist Act and sent more security troops to the state.

It was the first time the civilian government has branded any group a terrorist organization. After transfer of power from the military in 2011, all groups designated as "unlawful associations" were removed from the list.

The decision clearly reflects the sense of crisis gripping the government. Thousands of Rohingya civilians have fled into neighboring Bangladesh as a result of the fighting.

Government troops began to step up operations against the militants on Monday, Reuters reported, quoting police and other sources.

Hundreds of militants armed with knives and crude bombs attacked over 30 security facilities before dawn on Aug. 25, including checkpoints in northern parts of Rakhine State, the government said. A total of 17 civilians were killed in the assaults, according to information that emerged by Tuesday.

The most recent spate of violence has so far resulted in 109 deaths, including 12 security officers and 80 militants, as well as the civilian casualties.

Western countries and the United Nations are voicing concerns about the deteriorating human rights situation in the country.

U.N. Secretary-General Antonio Guterres said he is "deeply concerned at the reports of civilians being killed during security operations" in the state.

The U.S. Embassy in Yangon also issued a statement about the situation in Rakhine, warning against excessive use of force. "We recognize the government and security forces have the responsibility to act to apprehend the perpetrators and prevent further violence, and we urge them to do so in a way that protects all innocent civilians," the statement said.

Another humanitarian crisis in largely Muslim Rakhine could stem the flow of foreign development aid and investment, which are vital for the country's growth.

In order to win international understanding of its handling of the situation, Myanmar is stepping up public relations efforts.

During a meeting with foreign diplomats on Tuesday, National Security Advisor Thaung Tun stressed that the national army is not yet involved.

"We have not deployed the Tatmadaw as yet," he said.

Thaung Tun went on to explain that if deployment of the country's armed forces -- or the Tatmadaw -- is necessary, then it will be done with restraint and respect for human rights, and in compliance with the Geneva Conventions. He also promised to ensure that civilians will not be hurt, but denounced the acts of militants as a "coordinated attack."

The military held a press conference for certain domestic and foreign media on the same day in Naypyidaw, the country's capital. It stressed that the country's response to the attacks is a fight against terrorism.

The government urged Rohingya civilians to cooperate with security forces. It has also banned media outlets from defending the militant group and warned the media to label the group "extremist terrorists."