NAYPYITAW -- Myanmar will seek to reduce the scale of a China-led special economic zone project in its western state of Rakhine, Planning and Finance Minister Soe Win said in an exclusive interview.

Speaking with Nikkei on Tuesday, the minister, a former Deloitte managing partner, stressed the importance of heeding "lessons that we learned from our neighboring countries, that overinvestment is not good sometimes."

The plan is to create a special zone in Kyaukpyu, which faces the Indian Ocean, at a cost of $10 billion. The project will make the town a pivotal point on China's Belt and Road infrastructure initiative, but concern is growing about the side effects of relying on Chinese financing.

In 2015, a consortium led by Chinese state investment company Citic group won the rights to develop the zone. Oil and natural gas pipelines are to run from there to China's inland province of Yunnan.

The development blueprint includes what would be Myanmar's biggest port, capable of accommodating large cargo vessels, with a 1,000-hectare industrial park nearby. 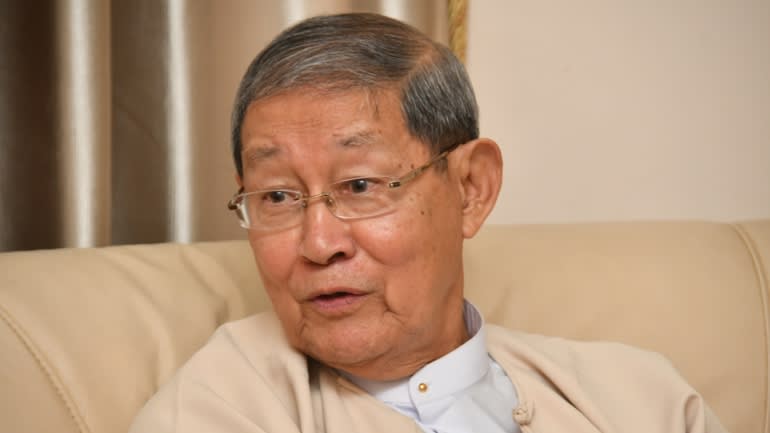 Myanmar's Planning and Finance Minister Soe Win says the special zone project should be "as lean as possible."

But Myanmar appears to have taken Sri Lanka's experience as a cautionary tale.

Last year, Sri Lanka handed Chinese companies the management rights to a port because it was unable to repay its debt to China, which had financed the construction.

One more point: Kyaukpyu is far from Myanmar's biggest city, Yangon, so it is unlikely that logistics demand will rapidly increase.

"The main thing is to get good revenue," Soe Win said. "So at the end of the day, we may be able to repay all the debt regarding the project."

Myanmar wants the project to be "as lean as possible," the minister continued. "We should have cut all the unnecessary expenses. The bigger the projects, the bigger the responsibility to pay back." It remains to be seen exactly how much Myanmar wants to trim. "It is up to the negotiations," Soe Win said, explaining that he could not make a "clean cut" statement.

"I think China will be very reasonable with us," taking both sides' interests into account, he said.

Myanmar's external debt at the end of 2017 was $9.6 billion, 40% of which is owed to China. Soe Win acknowledged that "40% of external debt to single country, it is not recommendable."

Against that backdrop is another concern for Myanmar. In December, State Counselor Aung San Suu Kyi and Chinese President Xi Jinping agreed to discuss creating a China-Myanmar economic corridor that would include railways and roads. But the project would put Myanmar further in China's debt.