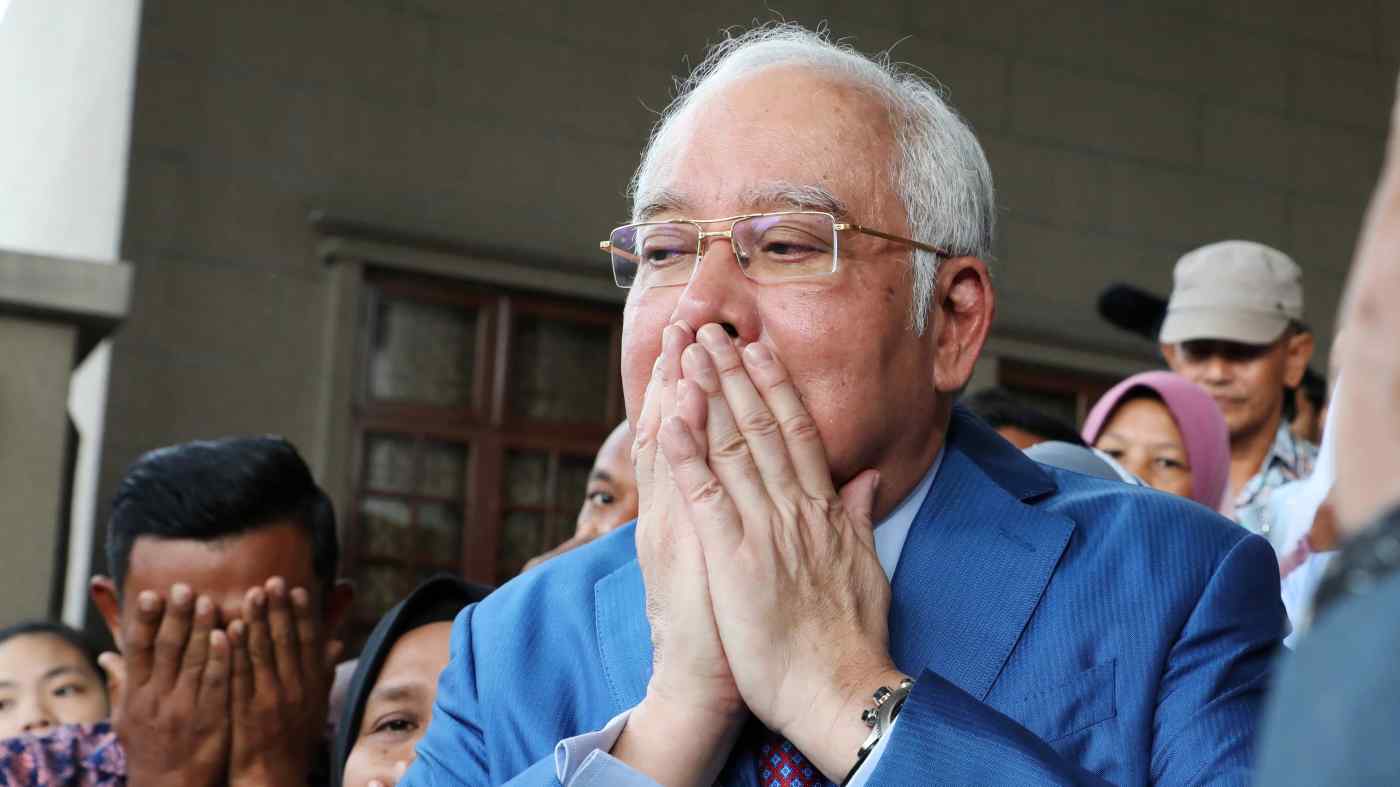 KUALA LUMPUR -- Former Malaysian Prime Minister Najib Razak maintained his innocence in a Kuala Lumpur courtroom on Tuesday, where he faces seven criminal charges in connection with the alleged embezzlement of $10 million from SRC International, a former subsidiary of the 1Malaysia Development Berhad sovereign wealth fund.

Najib, the first former prime minister to be charged in Malaysia's history, took the witness stand to defend himself based on a 240-page statement.

Najib denied involvement in the day-to-day operations of 1MDB and blamed fugitive businessman Low Taek Jho for exerting a bad influence on both the fund and him. Najib told the court that the businessman known as Jho Low presented himself as having strong connections with Middle Eastern governments.

"These countries already had an excess of cash due to the increase in oil prices," Najib said. "Because of that, I had the opinion that the influence of Jho Low could be well used to meet the investment goals of 1MDB."

Speaking in court before Najib, his lead attorney, Shafee Abdullah, said the defense would prove that his client had no knowledge of fund transfers into personal bank accounts, and gave no instructions that such transactions be made.

"Throughout the period from 2011 to 2015, Najib was of the understanding that matters relating to his bank account openings, the remittances into the accounts and supporting documents for the same [had] been duly reported to Central Bank Malaysia, and this fortified his belief that nothing sinister was taking place," Abdullah said. He said the remittances into the account originated from a political donation from King Abdullah [no relation], the late king of Saudi Arabia.

Najib is on trial for three counts of money laundering, three counts of criminal breach of trust and one for abuse of power over $10 million in transfers to his personal bank accounts from SRC International.

The court has set Dec. 3-4 and Dec. 9-19 as the time frame for Najib's defense, after which the court will render a verdict on the seven charges.

The Malaysian High Court in November decided that the prosecutor had a strong case against Najib and called on the former prime minster to defend himself.

In total Najib faces 42 criminal counts, including abuse of power and money laundering. Five trials, including the one involving SRC are ongoing. The SRC trial is the first, and Tuesday marked the first time Najib has taken the stand.

In his second trial related to 1MDB, which is considered to be the biggest of the five and began in August, Najib is charged with 25 counts of abuse of power and money laundering.