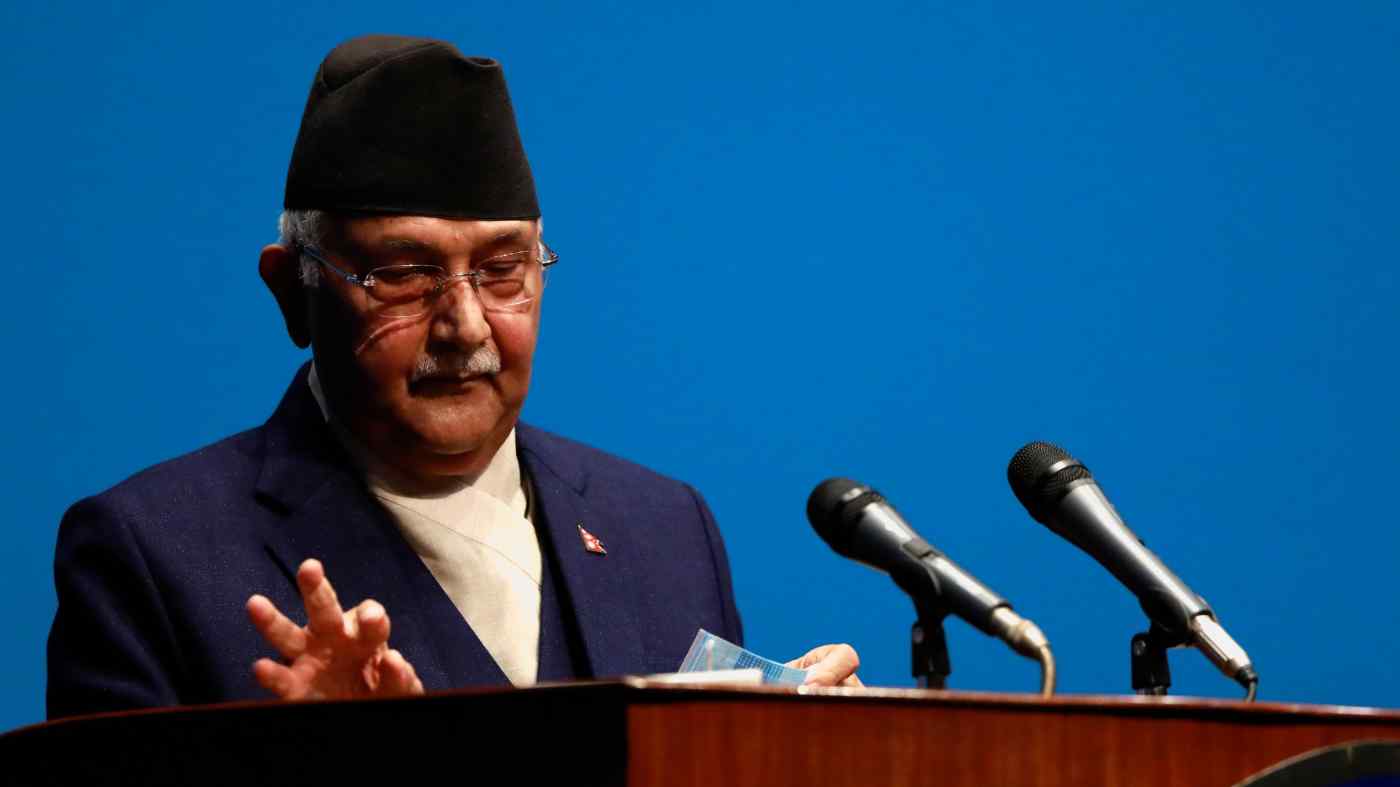 KATHMANDU (Reuters) -- Nepali Prime Minister K.P. Sharma Oli lost a confidence vote in parliament on Monday, the speaker said, pitching the country into political turmoil at a time when it is battling a major second wave of coronavirus infections.

Oli's moderate communist party split from former Maoist rebels in March after differences cropped up over its power-sharing deal, wiping out their governing majority. Political parties will now try to cobble together a new ruling coalition.

Parliament speaker Agni Sapkota said that of 232 lawmakers present, 93 voted in favour of Oli while 124 were against him and 15 did not vote. "The confidence vote sought by Prime Minister K.P. Sharma Oli has been rejected," Sapkota said at the end of the counting of ballots.

The head of the main Maoist group, who goes by his nom de guerre of Prachanda, accused the 69-year-old premier of sidelining party leaders, ignoring collective decision-making and undermining the role of parliament.

"He has created instability and is behind the crisis the country is facing now," Prachanda said. "He does not have the confidence of parliament any more."

Oli has been criticized by opponents and on social media for playing down the risk of the pandemic and asking citizens to "wash the virus down" the throat by drinking a solution of hot water, guava leaves and turmeric power.

Oli told parliament the government was focused on fighting the pandemic and had prepared more hospitals, ICU beds, ventilators and testing facilities to tackle COVID-19.

"The country needs dialogue, consensus, unity and understanding among political parties to fight against COVID-19 and for the economic development and prosperity of the country," he said.