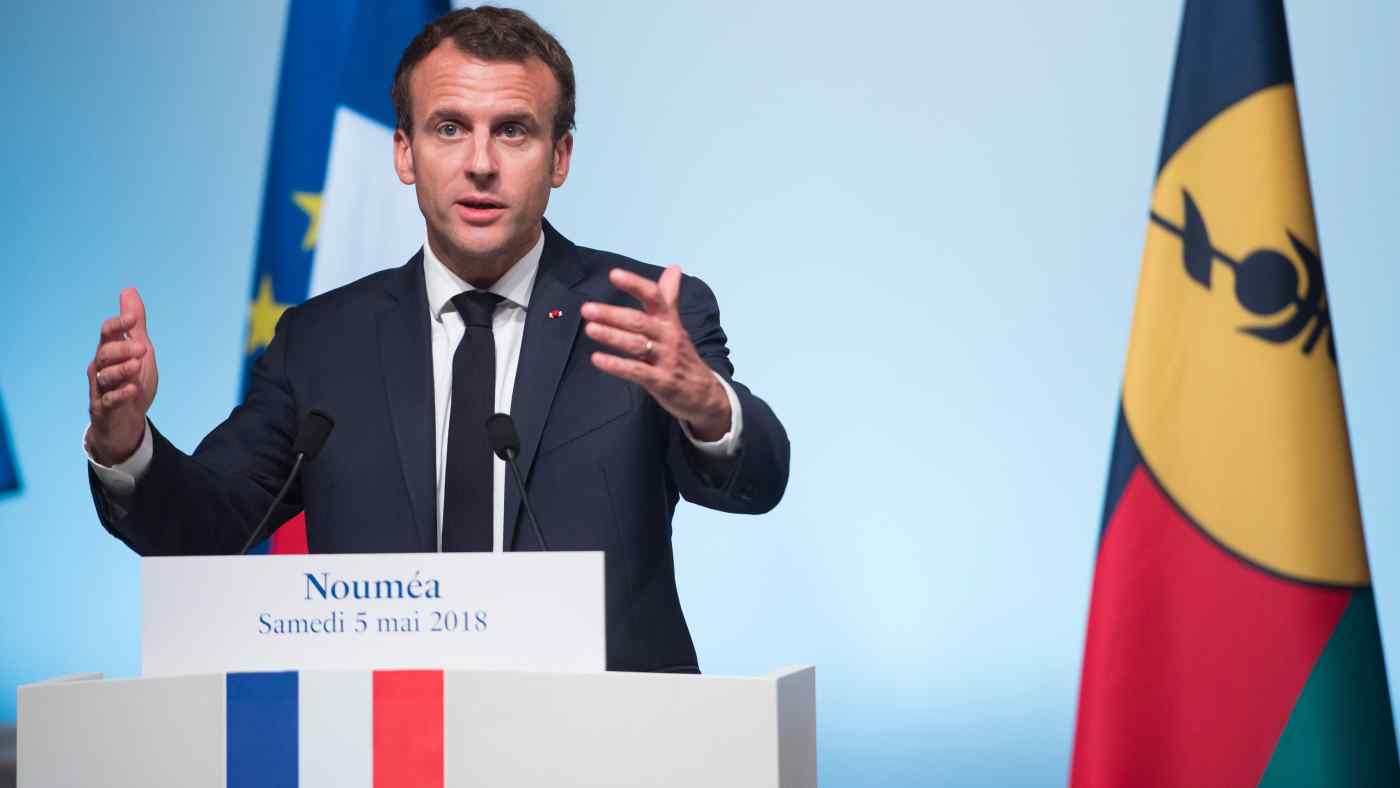 AUCKLAND -- New Caledonia, a mineral-rich French territory in the South Pacific, will hold a referendum on Sunday to decide on whether to become independent and shake off 167 years of colonial rule.

The plebiscite on the island, about 1,500 kilometers east of Australia, follows more than three decades of violence and tortuous negotiations pitting Indigenous Melanesians -- known as Kanaks -- against smaller groups of Polynesians and French settlers and their descendants. The islanders have enjoyed a high standard of living and strong ties with France.

At 18,576 sq. km, New Caledonia is around the size of Fiji or the Japanese island of Shikoku, but has a population of only 286,000. The territory is the world's fourth-largest source of nickel, after Indonesia, the Philippines and Russia. With good air and sea ports and marine resources, observers suggest that China, whose influence is surging in the region, will be watching the referendum result closely.

Voters will be asked, "Do you want New Caledonia to accede to full sovereignty and become independent?" The result is expected to be close, although there has been no polling.

It is the second of three plebiscites ordered under the 1998 Noumea Accord, which created a phased and irreversible transfer of power from Paris. In the 2018 referendum, 56.7% voted against independence. The turnout was 80%.

Some 180,000 people are eligible to cast ballots. Voting is limited to Kanak adults and those with 20 years' residence as of 2014. The majority of Kanaks, who make up 39% of the population, supported independence in 2018, while mainly French Europeans, about 27% of the population, backed the status quo.

The territorial congress can ask for a third referendum within two years if voters reject the proposal on Sunday.

University of New Caledonia law professor Mathias Chauchat told Nikkei Asia that many of those who say they oppose independence have lied out of fear they would lose their French nationality and passport.

"France has never withdrawn the passport to its former nationals," Chauchat said.

Chauchat said the referendum is not really fair because France gave loyalists permission to use the French flag and the "Marseillaise" national anthem.

"France considers its role as being a mediator between the French and the Kanak," he said. "However, France is the colonizing power, and its duty is to decolonize."

Chauchat said France, depending on the result, might want to widen the electorate and recolonize New Caledonia in the process. "As a result, it could be civil colonial war," he said. Europe-based public affairs consultant Sebastien Goulard, a specialist on European Union-China relations and the Belt and Road Initiative, said a "yes" vote would allow the beginning of a transition process.

Goulard said clashes may occur even if the transition does go smoothly, potentially causing the economy to collapse.

The academic added that it is legitimate to question what role China would play but that it is unlikely Beijing will come with large investments before the stabilization or normalization of New Caledonia.

China has experience in assisting developing economies, Goulard said, but "in the case of New Caledonia, we are talking about a region of a developed country becoming a developing nation."

Goulard said New Caledonia is becoming more strategic. French President Emmanuel Macron appears willing to develop an alliance with Australia and India -- something that China might dislike. "A stronger presence in New Caledonia may also be used by China as a leverage regarding South China Sea disputes."

France, besieged with COVID-19 and Brexit negotiations, has shown little interest toward its colony 17,000 km from Paris.

Territorial President Philippe Gomes said France is failing in its duty toward the colony, noting that Macron did not mention New Caledonia once in a two-hour speech on Bastille Day in July, despite it being just over two months ahead of the island's referendum.

National Rally (formerly National Front) leader Marine Le Pen said it is fraught with dangers and the risk of heartbreak.

"There will be neither winner or loser," she said, adding that with its small population, New Caledonia could not resist "the appetites of its very powerful neighbors."

New Caledonia controls around 25% of global nickel reserves. While strategically important, it has proved to be a commercial nightmare, with Brazilian mining giant Vale failing to make a profit and unable to sell its assets in South Province.

Vale says the plant could close by the end of the year if no new owner is found. This would severely damage the New Caledonian economy, putting 3,000 jobs at risk.

New Caledonia's referendum coincides with other regional separatist movements. Bougainville, which is rich in gold and copper and lies 1,700 km northwest of New Caledonia, last year voted 98% in favor of independence from Papua New Guinea.

English explorer James Cook in 1774 gave the island the name of New Caledonia, after the Roman name for Scotland. The favored name after independence is Kanaky, which is derived from a Polynesian word for people.

During the 19th and 20th centuries, "kanaka" was a derogatory term for nonwhite Pacific peoples. Melanesian nationalists reversed the belittling meaning, and it is now applied to all New Caledonians of Melanesian ancestry.