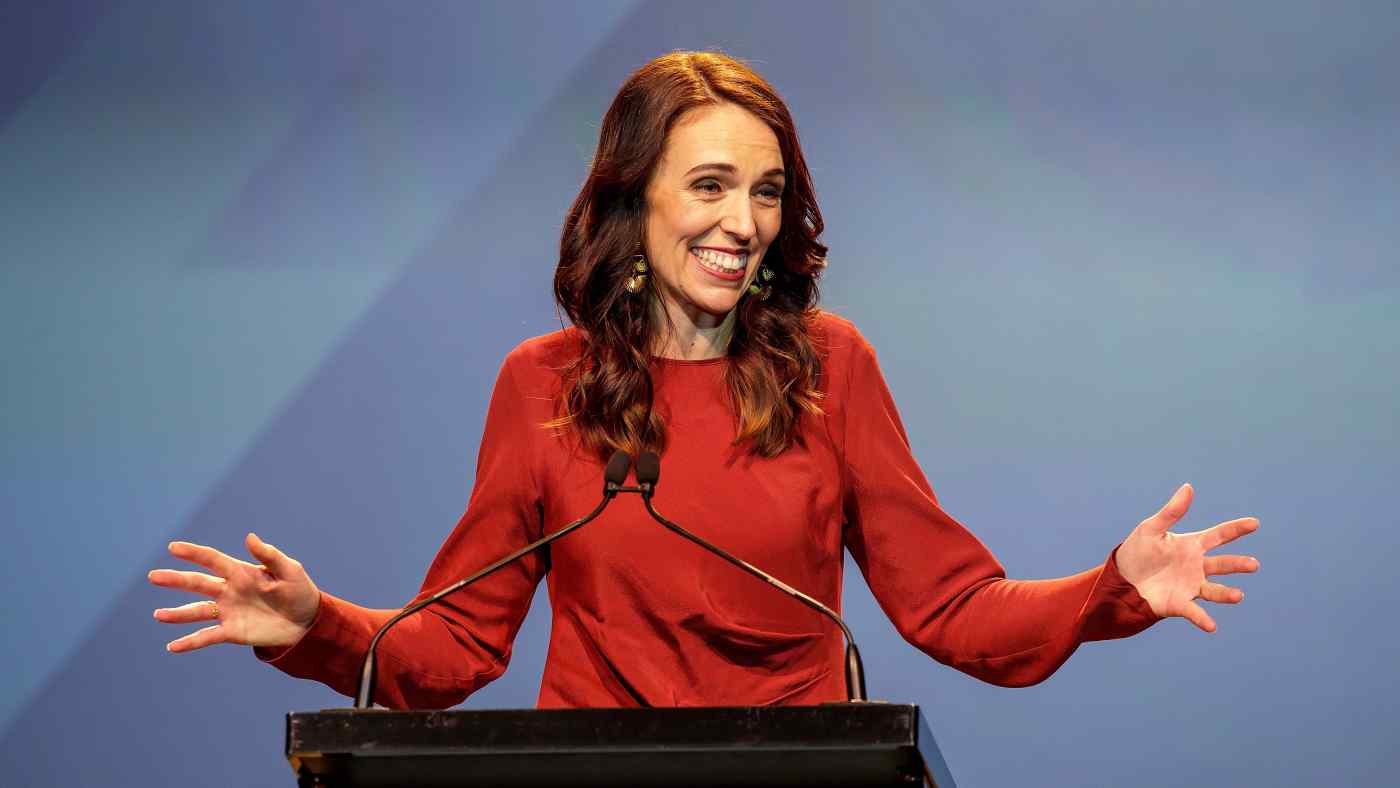 With 100% of ballots counted for the preliminary results, Labour had won enough of the vote to allow it to govern without requiring the support of any minor parties -- a first since the country adopted its current proportional representation election system in 1996.

Declaring victory in front of cheering party members in Auckland, Ardern said it was clear that Labour had achieved a strong result.

"This has not been an ordinary election, and it's not an ordinary time," she told her supporters. "It's been full of uncertainty and anxiety and we set out to be an antidote for that."

She added that there is "much work to do" over the next three years. "We will build back stronger from the coronavirus."

According to the incomplete results late on Saturday, local time, Labour was poised to increase its number of seats in the 120-seat parliament to 64. Ardern declined to talk in a later television interview about any plans for working with the left-wing Green Party, which supported Labour in the previous term, until more results were in.

The center-right National Party, which governed from 2008 to 2017, trailed with 35 seats, and the Greens had 10 -- the same number as the right-wing ACT Party.

Winston Peters' populist New Zealand First Party, which governed in coalition with Labour before the election, failed to win sufficient support to return to parliament. 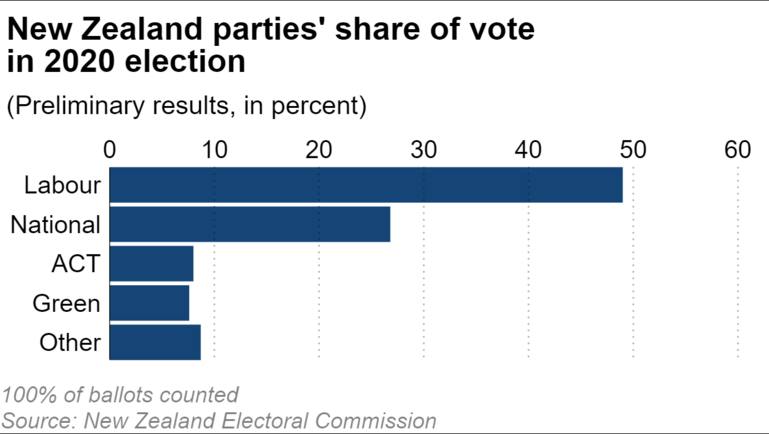 The result was a clear endorsement of the Ardern government's handling of COVID-19, which resulted in the country of 5 million imposing some of the world's strongest lockdown measures from late March.

These restrictions were gradually eased over following weeks as new infections fell and the Labour Party's fortunes turned around, after trailing the National Party before the pandemic.

The country went without any new cases for 102 days until August, when a small outbreak in the largest city Auckland resulted in rules being reimposed. No new community cases have been reported since late September.

All told, New Zealand has made it this far with a little over 1,500 confirmed infections and just 25 deaths since its first case was recorded in February. The 40-year-old Ardern's calm and empathetic leadership, meanwhile, has been widely praised at a time New Zealanders were looking for reassurance.

Under New Zealand's proportional representation system, the final number of seats a party has in the parliament equates to the proportion of votes it wins nationally. A party must win at least 5% of the total vote or at least one of the 71 electorate seats to be represented in the legislature.

Labour lifted its share of the vote to 49.1% on Saturday from 37% in the 2017 polls. National won the largest share of the total vote in 2017, with 44%, but was then unable to find support from minor parties to form a coalition government.

National Party leader Judith Collins, who became the third person to lead the party this year as its poll ratings fell, said in her concession speech that New Zealand was in for a 'tough economic ride."

"Three years will be gone in the blink of an eye and I say to everybody we will be back," Collins said. "National will re-emerge from this loss a stronger, disciplined and more connected party." 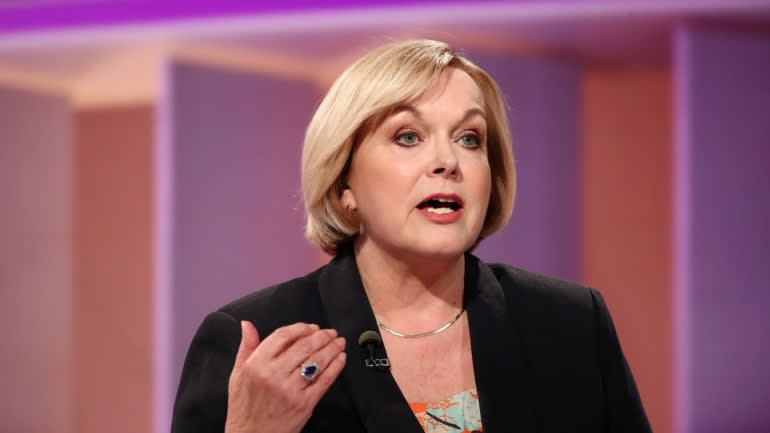 The new government will not have much time to celebrate its victory as it turns its focus to preventing fresh outbreaks of COVID-19 and easing the pressure on the economy.

New Zealand's quarter-on-quarter gross domestic product shrank by 12.2% in the three months to June, more than the OECD average. Forecasts point to a strong rebound in the September quarter, as most COVID-19 restrictions were lifted and the domestic economy kicked back into life.

Still, the outlook remains bleak over the medium term, with the country's biggest foreign exchange earner -- tourism -- hobbled by a border that is almost entirely closed except to returning New Zealanders. The weakening global economic outlook is likely to weigh on goods exports, and unemployment is seen rising following the expiry of wage subsidies paid by the government.

The bill for government measures to eliminate COVID-19 and support the economy has already resulted in government debt rising from below 20% of GDP earlier in the year to 27.6% in June, and it is projected to rise to 53.6% over the coming four years.

"After this result, we have the mandate to accelerate our response and our recovery and tomorrow we start," Ardern said.

The official election results will be released on Nov. 6. Two referendums were also held alongside the election on whether cannabis and euthanasia should be legalized. Preliminary results for these are due to be announced on Oct. 30.