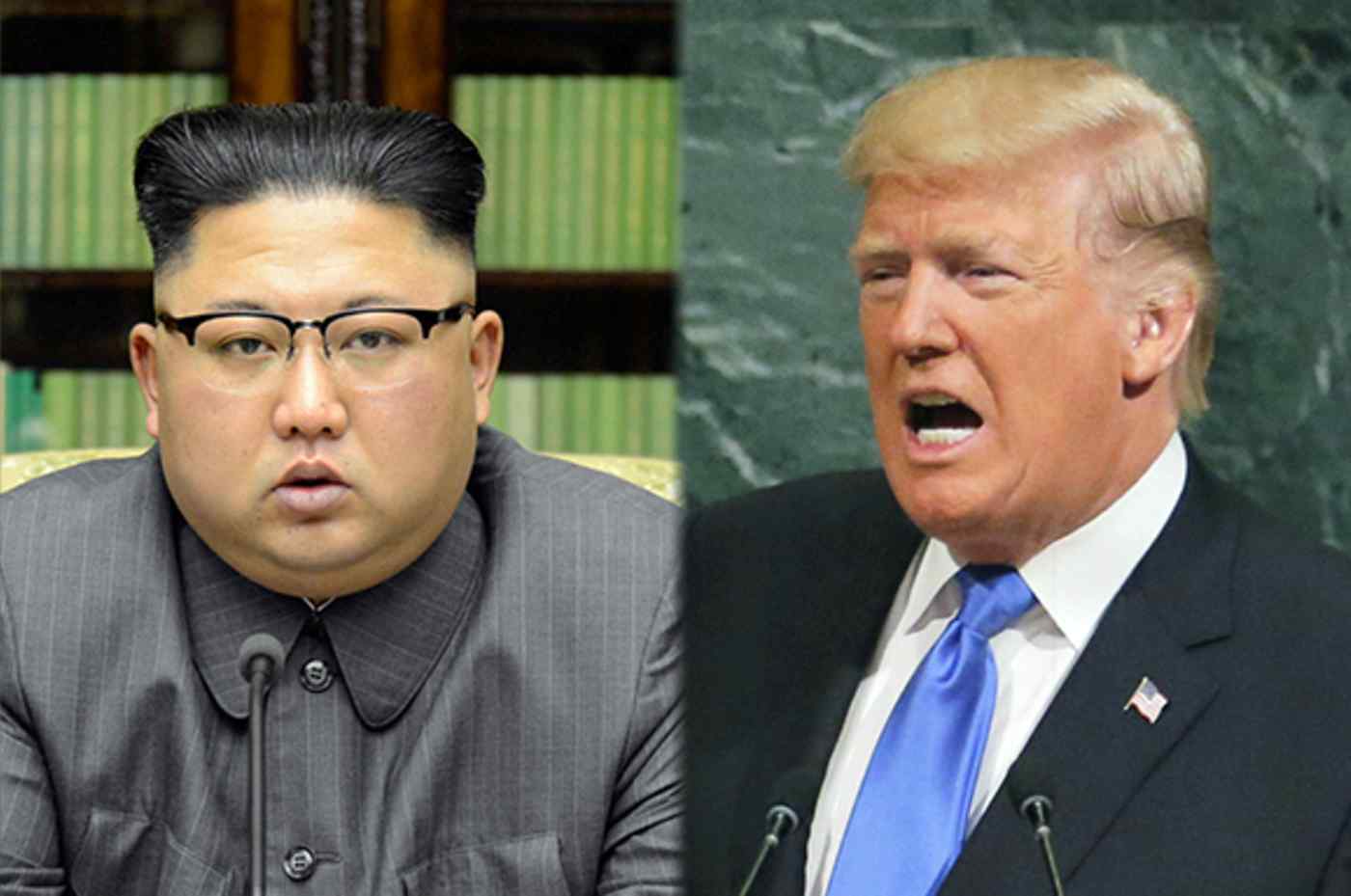 NEW YORK/TOKYO The war of words between Washington and Pyongyang escalated with North Korea sending an open letter to foreign parliaments warning that recent comments by U.S. President Donald Trump have increased the chances of nuclear war.

The letter was sent on Sept. 24 by the Foreign Affairs Committee of the Supreme People's Assembly, according to state-run Korean Central News Agency.

The rhetoric between the two countries was already running high. North Korean Foreign Minister Ri Yong Ho, addressing the United Nations General Assembly on Sept. 23, warned that Trump's actions have made a missile strike against the U.S. mainland "inevitable." Ri went on to call Trump "a mentally deranged person full of megalomania and complacency" who is trying to turn the U.N. into a "gangsters' nest."

"'President Evil' is holding the seat of the U.S. president," Ri said, adding that his country was "finally only a few steps away from the final gate of completion of the state nuclear force."

Ri also said sanctions would have no effect on North Korea's resolve to develop its nuclear weapons, with the ultimate goal being a "balance of power with the U.S." He said Trump's actions constituted "an irreversible mistake of making our rockets' visit to the entire U.S. mainland inevitable all the more."

Trump's earlier implication that the U.S. could launch military attacks against North Korea sparked Pyongyang's ire, eliciting a harsh response not only from Ri, but also from Kim Jong Un. The North Korean leader, who did not attend the session, denounced Trump in a statement issued from Pyongyang on Sept. 21.

According to KCNA, Kim said his country will seriously consider "the highest level of hard-line countermeasure in history" against the U.S. This was the first time a government statement has been issued under Kim's name.

In the statement, Kim said that "Trump has denied the existence of and insulted me and my country" and "made the most ferocious declaration of a war in history."

"On behalf of the dignity and honor of my state and people and on my own, I will make the man holding the prerogative of the supreme command in the U.S. pay dearly" for his threats, Kim continued.

Ri told reporters in New York on Sept. 21 that the "hard-line countermeasure" mentioned in Kim's statement may allude to a hydrogen bomb test over the Pacific Ocean.

The latest round in the verbal sparring between Pyongyang and Washington started with Trump's speech to the U.N. on Sept. 19.

"The United States has great strength and patience, but if it is forced to defend itself or its allies, we will have no choice but to totally destroy North Korea," Trump told the leaders, ministers and envoys of 193 countries gathered in New York for the annual General Assembly meeting.

Trump was unreserved in his contempt for Kim, who he referred to as "rocket man ... on a suicide mission for himself and for his regime."

A day earlier, U.S. Defense Secretary James Mattis said his country had military options for dealing with North Korea that would not put Seoul at risk. "Yes, there are [options,] but I will not go into details," Mattis told reporters at the Pentagon.

TEST OF COHESION On Sept. 20, Japanese Prime Minister Shinzo Abe took the rostrum at the U.N. General Assembly, where he devoted most of his 16-minute speech to criticizing North Korea and restating Japan's cooperation with the U.S. over the issue.

Abe pointed to the multiple ballistic missiles that North Korea had sent flying over Japan in August and September. "The gravity of this threat is unprecedented. It is indisputably a matter of urgency," he said. He also appealed for unity in the international community to increase pressure on North Korea.

South Korea's stance seems less clear. Seoul, which seemingly came into line with Japan and the U.S. on the need to pressure Pyongyang, decided on Sept. 21 to provide financial assistance worth $8 million to North Korea through U.N. agencies. The country will provide $3.5 million to UNICEF and $4.5 million to the World Food Program, according to South Korea's Ministry of Unification.

At a summit in New York on Sept. 21, the U.S., Japanese and South Korean leaders confirmed that they will continue to cooperate closely over the North Korea issue. Trump and Abe, however, voiced concerns to President Moon Jae-in over the timing of South Korea's decision to provide humanitarian aid and urged him to act cautiously.

At the start of the summit, Trump announced that the U.S. will impose new sanctions on companies, banks and individuals that do business with North Korea in order to cut off sources of funds to the regime. An executive order has since given the U.S. Treasury Department authority to impose sanctions on organizations and individuals dealing with Pyongyang.

Moon told the U.N. General Assembly that sanctions are needed to bring Pyongyang to the negotiating table but added that Seoul is not seeking to destroy the North.

"All of our endeavors are to prevent war from breaking out and maintain peace," Moon said in his speech on Sept. 21.

After Moon's speech, Russian Foreign Minister Sergey Lavrov condemned Pyongyang's missile and nuclear "adventures" but warned "military hysteria is not just an impasse, it's a disaster."

Chinese Foreign Minister Wang Yi urged North Korea not to go further in a "dangerous direction" with its nuclear program. "There is still hope for peace, and we must not give up. Negotiation is the only way out. ... Parties should meet each other half way, by addressing each other's legitimate concerns," Wang said.

Hours before Ri's remarks in New York, a squadron of U.S. Air Force B-1B Lancer bombers and a fighter escort flew in international airspace over waters east of North Korea in a show of force. It was the farthest north of the demilitarized zone separating North and South Korea that any U.S. fighter jet or bomber has flown in the 21st century, the Pentagon said.

The South Korean military plans to conduct joint drills with a U.S. carrier strike group in October. The U.S. forces are expected to dispatch B-1 bombers and the nuclear-powered aircraft carrier USS Ronald Reagan to areas near the Korean Peninsula. The aim will be to discourage any provocative actions North Korea might carry out around Oct. 10, the anniversary of the ruling Workers' Party of Korea.

China and Russia, which oppose U.S. military operations against North Korea, are also flexing their military muscles. The Chinese and Russian navies commenced joint military exercises in the Sea of Japan, near the Korean Peninsula, and the Sea of Okhotsk on Sept. 18.