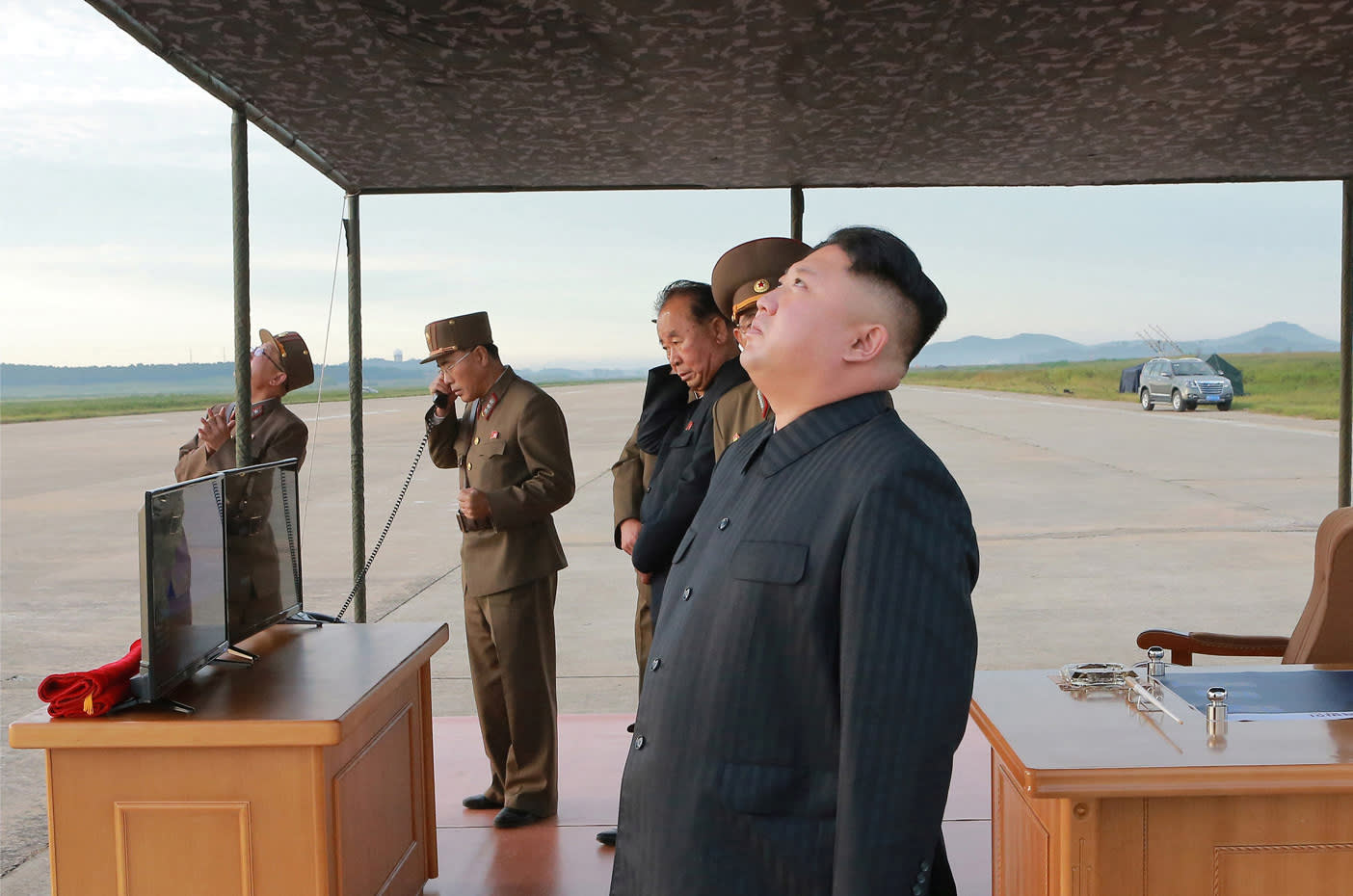 Projectile may have been multistage rocket, says Japan's defense minister

SEOUL -- North Korea launched what appears to be an intercontinental ballistic missile early Wednesday morning, reaching a higher altitude than previous tests and suggesting one of the longest ranges in the country's arsenal.

The missile split into several pieces as it fell, Japanese Defense Minister Itsunori Onodera told reporters in Tokyo, adding that the possibility the North tested a multistage device "cannot be ruled out."

The missile took flight at around 3:17 a.m. from the vicinity of the city of Pyongsong, north of Pyongyang, South Korea's Yonhap News Agency reported, citing sources at the South's Joint Chiefs of Staff. 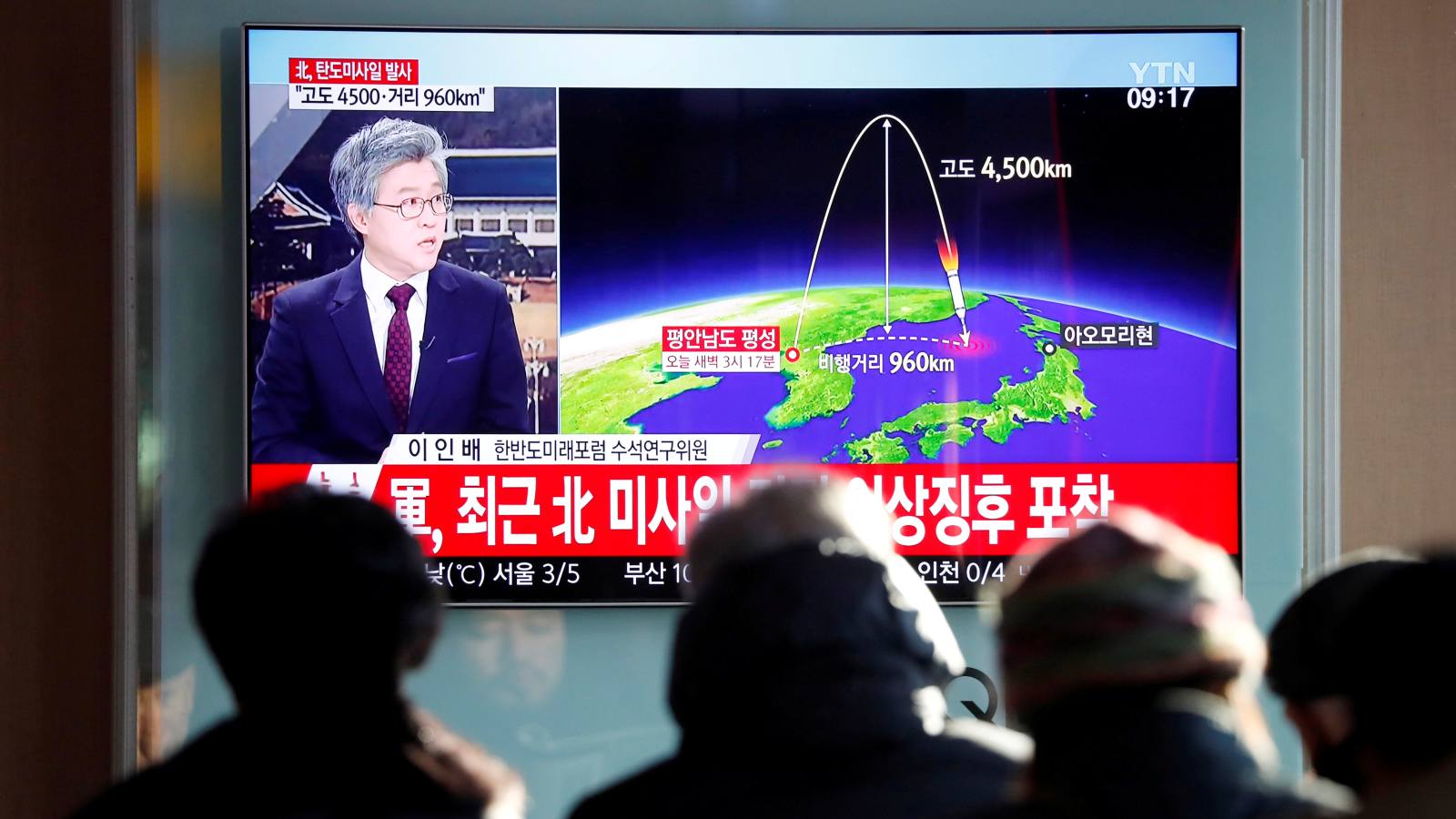 North Korea back on US terrorism sponsors list after 9 years

It flew for 53 minutes before landing roughly 250km off Japan's coast in the Sea of Japan,  Onodera told reporters earlier.

A preliminary analysis by the U.S. Department of Defense indicates the missile was likely an ICBM.

President Donald Trump told reporters in Washington that the U.S. "will take care of" the situation. Secretary of State Rex Tillerson issued a statement strongly condemning the launch.

Japanese Prime Minister Shinzo Abe told reporters in Tokyo that "the international community must band together and fully implement sanctions" on North Korea to apply "maximum pressure" regardless of any provocation.

At the United Nations, U.S. Ambassador Nikki Haley and her Japanese and South Korean counterparts have requested an emergency meeting of the U.N. Security Council on Wednesday afternoon in response to the North Korean move.

The rocket traveled an estimated 960km from its point of origin and reached a maximum altitude of about 4,500km, according to Yonhap -- far higher than past North Korean launches. It appears to have been launched at a lofted trajectory, which sacrifices distance for height. When launched at a more typical angle, the missile could have a range of more than 10,000km, the news service said.

'Wishful thinking' on lull in tests

North Korea had last fired a missile on Sept. 15, sending it over northern Japan. The decision last week by the U.S. to re-designate North Korea as a state sponsor of terrorism may have pushed Kim Jong Un's regime to resort to another provocation after a more than two-month hiatus.

The missile was the first to be fired from the Pyongsong area, according to Yonhap, and marks a rare pre-dawn launch. It landed within Japan's exclusive economic zone, which lies just outside the country's territorial waters, Onodera said.

The lull in tests leading up to Wednesday's launch "was simply fitting into a long-standing pre-existing pattern" of less-frequent tests during the last three months of the year, said James Acton, a senior fellow at the Carnegie Endowment for International Peace, a Washington-based think tank.

"I think one will have to wait till well into next year before concluding that this was actually a result of North Koreans yielding to foreign pressure," Acton said in an interview. "I think it was wishful thinking to hope that was ever the case."

Jenny Town, a managing editor at 38 North, a website providing North Korea-related analysis, said she expected the Trump administration "to respond [to the latest launch] by doubling down on this 'pressure' campaign, trying to further isolate North Korea and impose additional sanctions."

"Unfortunately, I don't think it will garner different results than what we have seen in the past, and I would expect North Korea to continue with their technical development."

With additional reporting by Nikkei staff writers in Tokyo and New York.