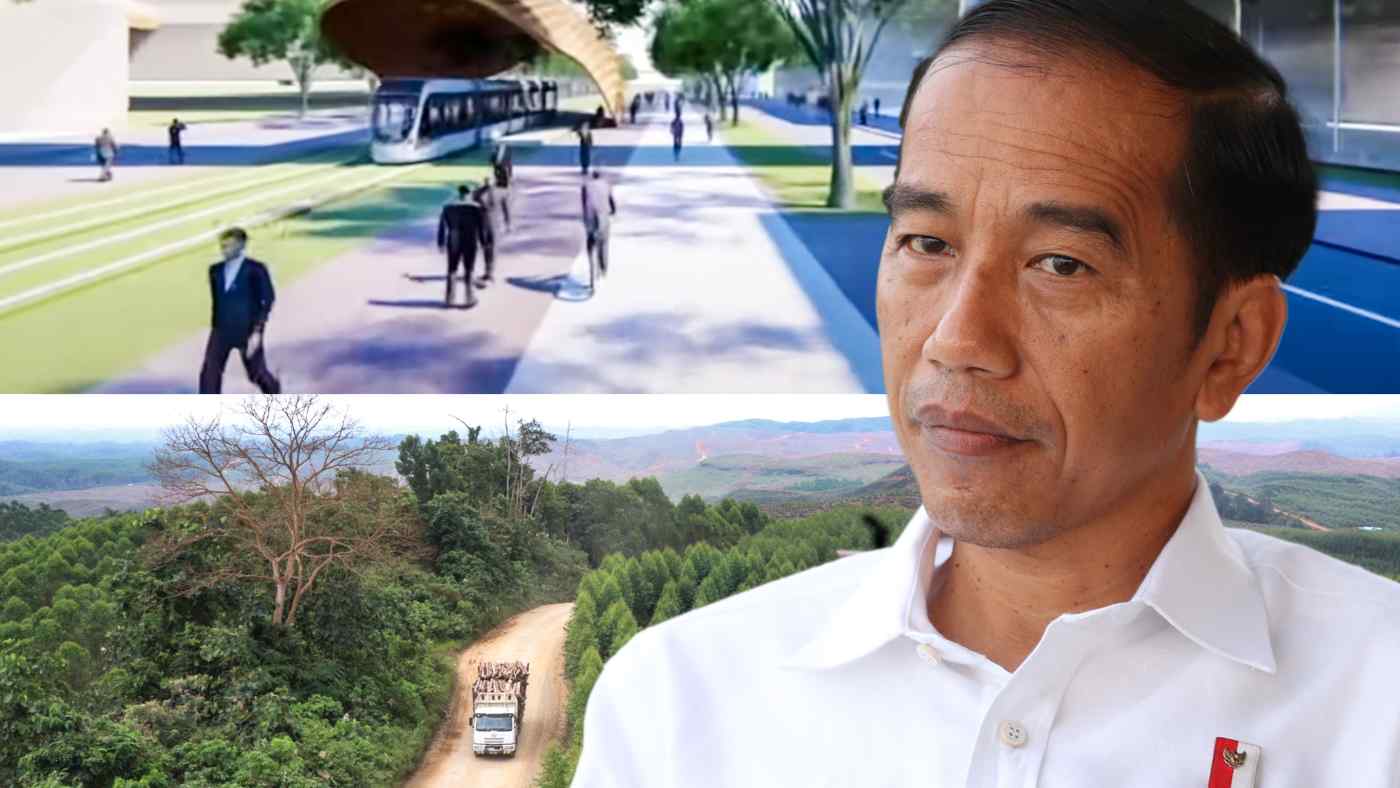 BALIKPAPAN, Indonesia -- There are only trees to be seen stretching to the horizon in vast rolling acacia and eucalyptus plantations on this stretch of the east coast of Borneo -- apart, that is, for a cleared patch of brown earth where a new road is under construction.

This marks the spot where the presidential palace will one day sit right in the heart of Nusantara, Indonesia's new capital.

President Joko Widodo recently set in motion the plan to move the nation's capital from Jakarta on Java to Sepaku, which will eventually seat most of Indonesia's government.

Sepaku District of Penajam Paser Utara Regency in East Kalimantan Province on the Indonesian side of Borneo is being transformed. It is mainly populated by migrants from Java, the smallest of Indonesia's major islands that is home to 70% of the archipelago nation's population. They arrived in an official migration program during the 1970s, and most still work as farmers. Risman Abdul, Sepaku's district chief, has only a few months to retirement but is busier than ever. He receives endless officials from Jakarta arriving to check basic infrastructure preparations -- including Sepaku Semoi, a dam that will provide clean water for Nusantara and nearby areas, and access roads for the transportation of construction materials. The dam is being constructed in the middle of oil palm plantations.

Local officials said some basic infrastructure had been planned for the area by regional administrators before Widodo announced his capital relocation plan in 2019. Following years of delay, the older projects have finally broken ground in recent months after the government decided to push ahead with the capital relocation as the economy came out of the COVID-19 pandemic. A dam is being constructed amid oil palm plantations in Penajam Paser Utara Regency to store fresh water for the new capital. (Photo by Erwida Maulia)

"I was initially doubtful if the capital relocation would actually happen," Abdul told Nikkei Asia in his small Sepaku office late in January just a week after the parliament in Jakarta passed the new capital bill into law -- and bestowed its official name, Nusantara, an old Indonesian term for the archipelago.

"But with the law passed, I am optimistic about the move. The economic effects on our people will be extraordinary -- even before the move, they are already feeling its impact."

One measure of that is soaring land prices in Sepaku, where a hectare near the main road can sell for at least 2.5 billion rupiah ($174,000) compared to just under 100 million rupiah a few years ago.

Abdul said buyers include individuals from other parts of Kalimantan and from Java. They were able to make only small-scale purchases because his office bans big purchases by property developers. 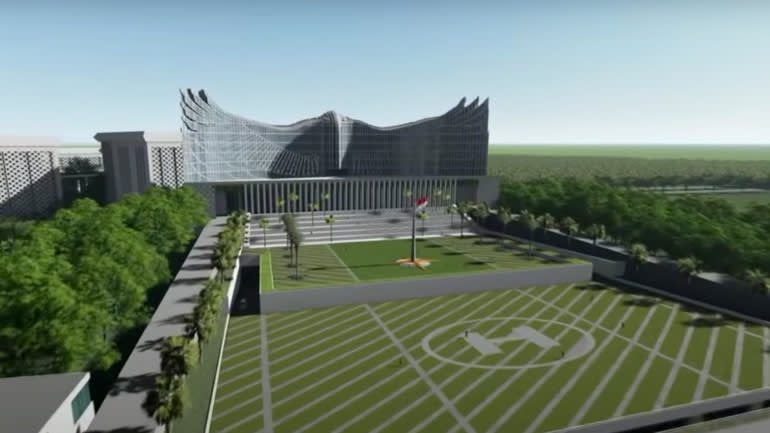 Property prices have also surged in nearby Balikpapan, the commercial capital of East Kalimantan, where some developers have touted new housing projects as being "at the gate of the new capital."

Using a newly upgraded road that bypasses some conservation forests, Sepaku can be reached in just two hours from Balikpapan, a prosperous city with shopping malls, sleek cafes and new apartment towers. The area has long benefited from a major oil and gas presence, as well as coal mining operations.

Balikpapan is just two hours from Samarinda, the capital of East Kalimantan, along a 97 kilometer road inaugurated by Widodo last August. It is the first toll road to cross all of Indonesian Borneo, part of a massive island shared with Brunei and Malaysia.

While much of the 6,600 hectares designated to be Nusantara's "core administrative center" will be located in Sepaku, a much larger area of 256,000 hectares has been designated as a "national strategic area." This part of the new capital will straddle both Penajam Paser Utara Regency and neighboring Kutai Kartanegara Regency, which lie between Balikpapan and Samarindra. 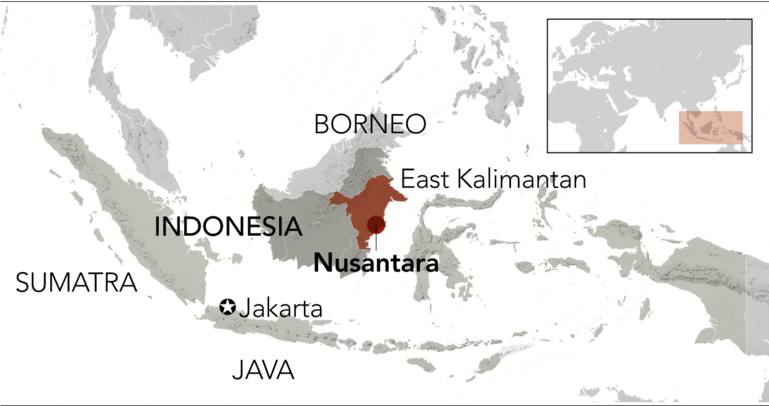 The government has cited the proximity to these two well-established cities along with the large amount of land under concession to plantation companies as key reasons for Nusantara's location.

The acacia and eucalyptus plantation that will host the new presidential palace and other top government offices is currently controlled by Itci Hutani Manunggal, a supplier to Riau Andalan Pulp and Paper of Asia Pacific Resources International. It is one of the world's largest pulp and paper companies and controlled by Indonesian businessman Sukanto Tanoto.

It is not yet clear if the government will be able to immediately retrieve concessions from these companies, or how much compensation may have to be paid for early terminations. 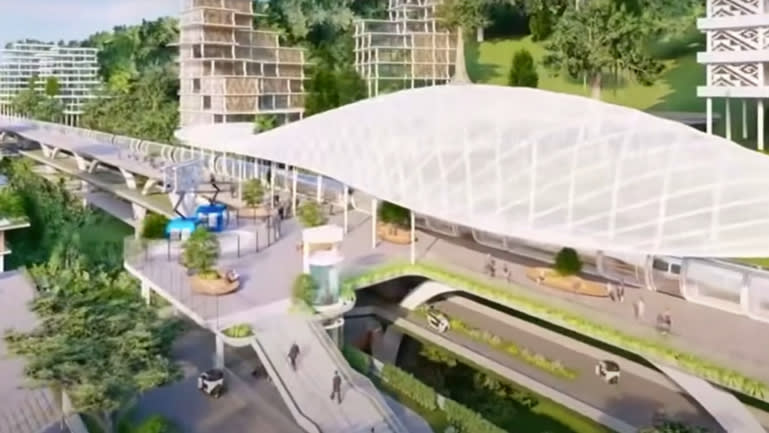 Nusantara is envisioned as a "green and smart global city" that will be developed in stages running up to 2045. The massive project is part of Widodo's vision for Indonesia to escape the middle income trap and join the ranks of developed nations, and to achieve the zero carbon pledge by 2060 made last year.

"The program to develop the capital city in East Kalimantan is an important part of [Indonesia's] transformation," Widodo told the Mandiri Investment Forum 2022 on Wednesday. "We'll use the capital Nusantara as a showcase of that transformation -- be it in regards to the environment, ways of work, economic basis, technology, as well as better quality health services and education."

The cost of the new capital was estimated in 2019 at some $30 billion, and the move continues to attract opposition. A petition posted on change.org last week to reject the plan has been signed by 26,000 people. Petitioners said this is not the right time to move the capital, citing economic hardship and rising government debt from the pandemic and concerns over a new wave driven by the omicron variant.

"It would be wise for the president not to push the use of state funds to finance this project," the petitioners said. "The capital relocation plan will not benefit all the people, just a few."