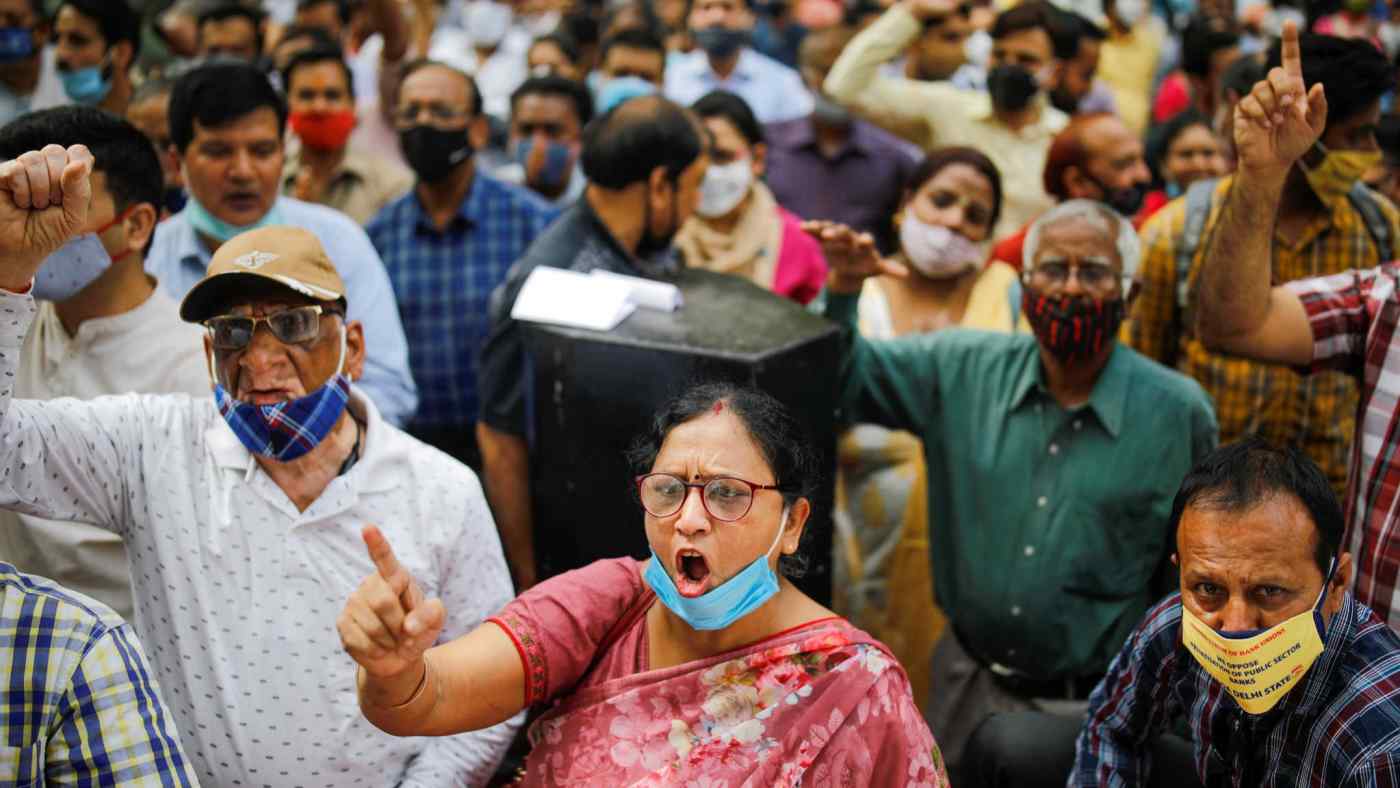 MUMBAI -- Union workers at India's state-owned banks walked off their jobs for a second day in a row Tuesday to protest the government's privatization efforts, halting financial services across the country.

About 1 million people represented by nine unions took part on the first day, the organizers said. In the Indian financial capital of Mumbai, almost all operations have been suspended at the State Bank of India and other public sector banks.

ATMs remained open, but bank branches were closed. Over 20 million checks worth 165 billion rupees ($2.26 billion) remained unprocessed after Monday, according to the news agency Press Trust of India.

The work stoppage was triggered by a February speech by Finance Minister Nirmala Sitharaman announcing that two of the nation's 12 state-owned banks will turn private during the fiscal year starting in April. The affected banks have yet to be named. 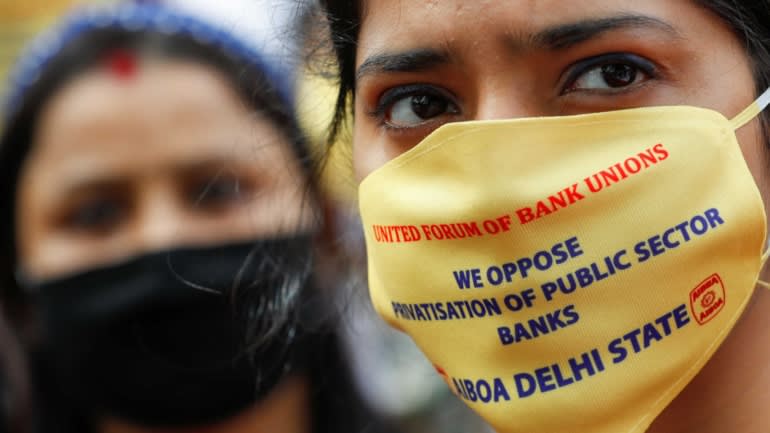 A bank employee wears a mask with a message against India's privatization plan during a protest March 16 in New Delhi.   © Reuters

State-owned banks have an aggregate nonperforming loan ratio of 9.8%, according to Indian rating agency ICRA, more than double the 4.3% at private sector banks. The Reserve Bank of India, the country's central bank, predicts that bad debt will continue to pile up due to the coronavirus pandemic, undermining earnings at public and private sector banks.

Modi's government has championed privatization of state-owned enterprises as a way to promote business efficiency and economic vitality. The sales of equity are also a source of government revenue. During the next fiscal year, New Delhi plans to sell off shares in state-owned companies such as banks, insurance providers, oil refiners and flag carrier Air India.

India has around 350 state-owned companies. Sitharaman told foreign reporters last month that the number of such enterprises will be cut to the "bare minimum." But the strikes and demonstrations make it unclear when that goal will be achieved.