China-backed authoritarianism on the rise as US retreats 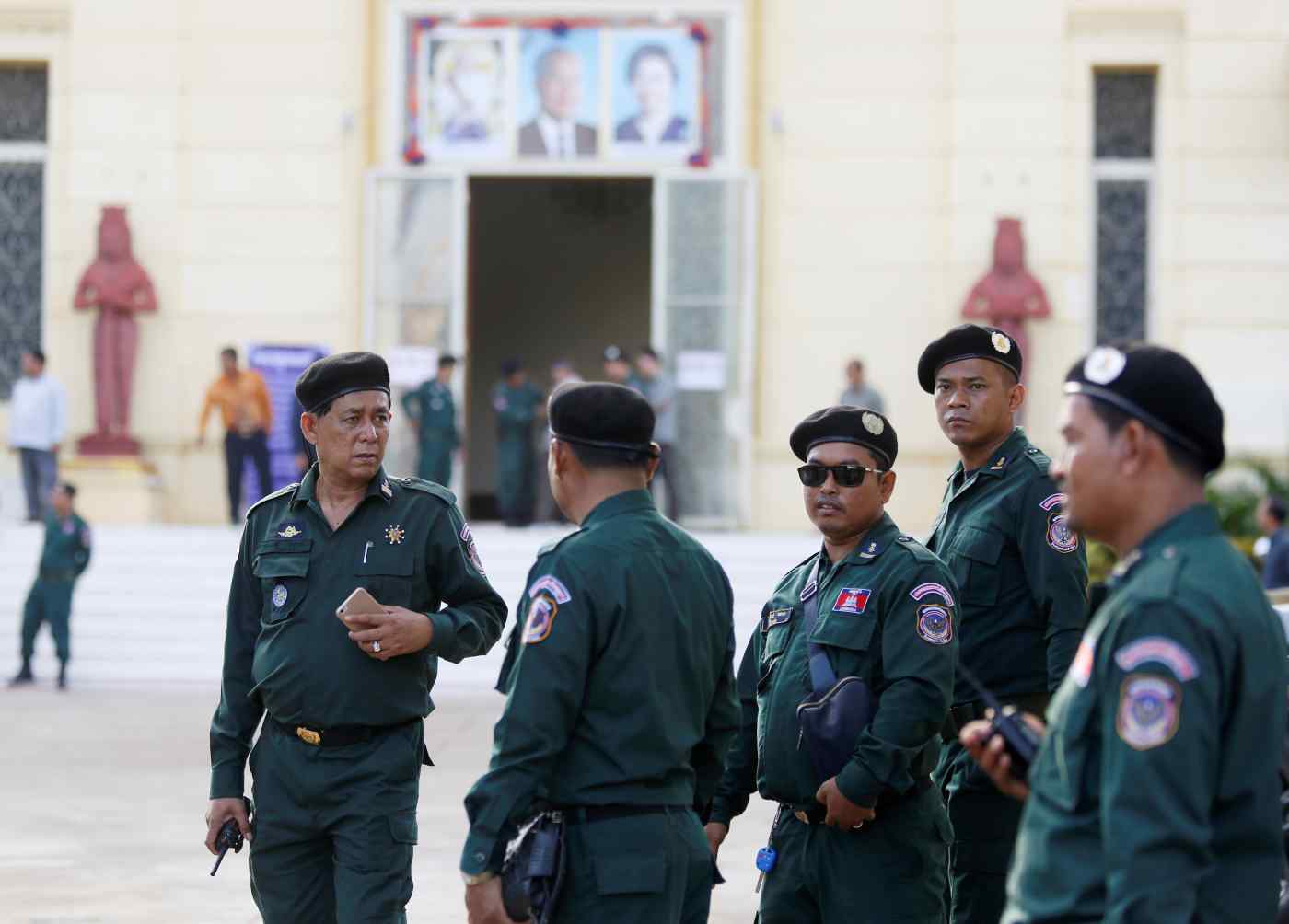 Police officers stand guard at the Supreme Court in Phnom Penh on Nov. 16 during a hearing prior to the ruling to dissolve the main opposition party.   © Reuters
CopyCopied