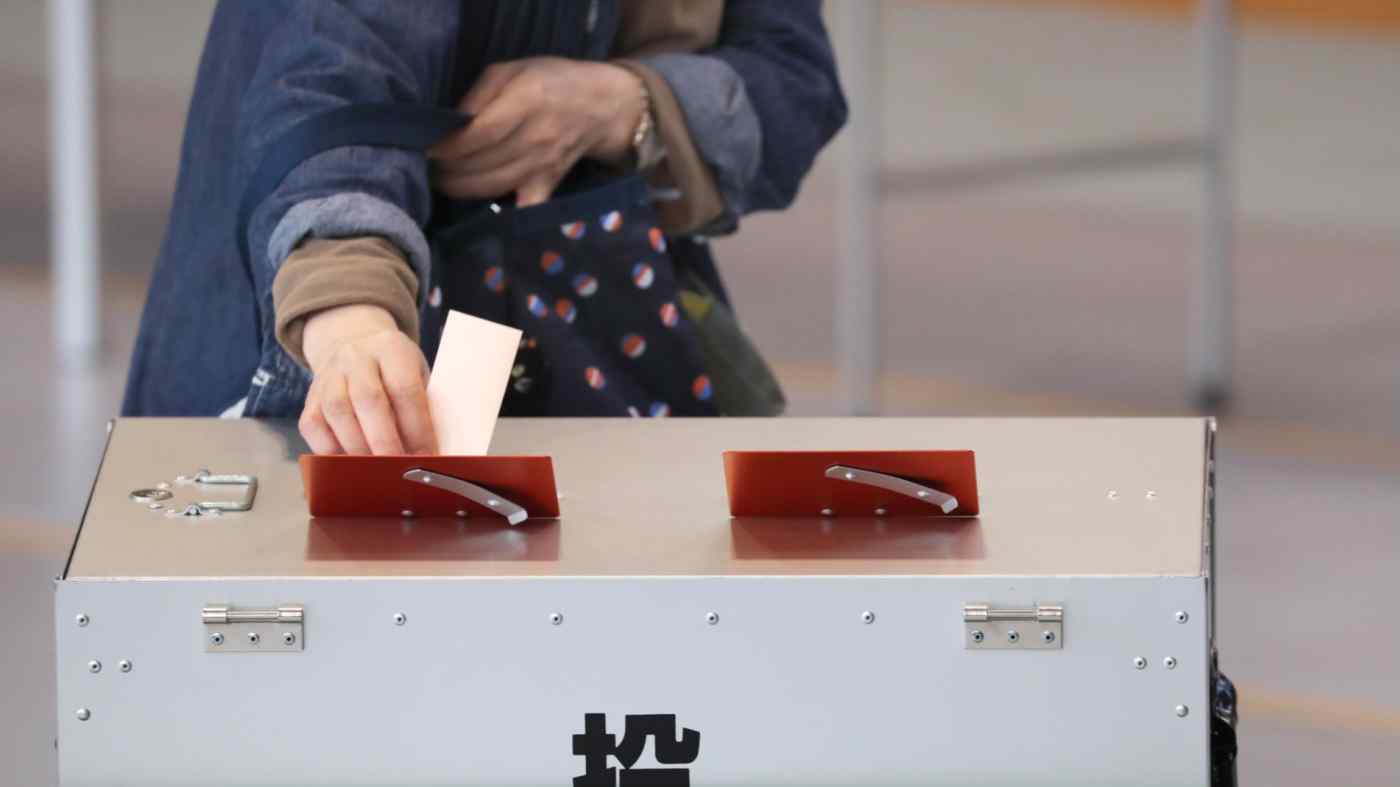 OSAKA (Kyodo) -- Voters once again opposed reorganizing Osaka into a metropolis akin to Tokyo in a second referendum on the proposal held Sunday, showing they were unconvinced the initiative would provide the cost-cutting benefits promised by its proponents.

The so-called Osaka metropolis plan, which was backed by Osaka Gov. Hirofumi Yoshimura and Mayor Ichiro Matsui, called for the restructuring of Osaka city's 24 administrative districts into four special wards with greater authority and elected leaders. Tokyo is arranged similarly with 23 special wards.

"I will absolutely accept the will" of Osaka residents, Matsui said in a press conference late Sunday following the results in the binding referendum, which followed the previous one in 2015.

With the plan voted down again, Matsui said he will retire from politics after completing his term as mayor in April 2023.

If the plan had won approval, it would have been introduced in 2025, when the western Japanese city hosts the World Exposition, and the special wards would have taken care of the provision of welfare, education and other basic services, while leaving wide-area services such as infrastructure to the prefectural government.

Komeito, the ruling coalition partner of the Liberal Democratic Party, also backed the plan, drawing concern over the lingering effect on political affairs at the national level.

The referendum results were closely watched by the administration of Prime Minister Yoshihide Suga due to its potential impact on the management of the government and parliamentary strategies.

With the current four-year term of lower house members expiring next October, some officials in Suga's LDP fear the result may hamper cooperation in the next general election between the LDP's Osaka chapter and Komeito, which were on opposite sides of the debate on the metropolis plan.

A senior LDP lawmaker dealing with electoral matters said, "We will have to work hard not to leave any emotional aftereffects" given the division in the ruling camps.

The Osaka metropolis plan was the signature policy of Osaka Ishin no Kai, which has been calling to break from the overconcentration of power in Tokyo. Sunday's result now brings down the curtain on the plan, with Yoshimura saying he will no longer push it.

With the LDP close to the Japan Innovation Party, which Matsui heads, Suga has tried not to make his position known but a member of the opposition party said the prime minister actually supports the plan.

Proponents said the measure would lead to cost-effective governance by eliminating duplication of work by the Osaka prefectural and city governments. Opponents, however, argued the coronavirus crisis should be prioritized over the referendum.

According to the Osaka electoral management committee, 418,925 people had cast early votes by Saturday, around 60,000 more than the previous referendum on the proposal in 2015. Meanwhile, voter turnout stood 4.48 percentage points lower at 62.35 percent.

Some 2.2 million voters in the western Japan city were eligible to take part in the referendum, for which official campaigning started on Oct. 12.

"I want (the government) to get rid of the overlap in administration and stop wasting taxpayers' money," said Yasutaka Yamaguchi, a 52-year-old company employee who was in favor of the plan.

But others who voted against it, such as Yuriko Nishimura, a 36-year-old running her own business, argued that "It isn't clear what the overall benefit is."

A similar plan was voted down in 2015 by a slim margin, but Matsui, who also heads the regional political group Osaka Ishin no Kai, said that since Toru Hashimoto, a former governor and mayor of Osaka, first advocated the plan in 2010 the city's economy has grown too large to administer in the current way.

But opponents, including the LDP's local chapter and the Japanese Communist Party, argued that, if implemented, the plan will deliver a hit to the area's coffers, worsen services for residents and be an impediment to disaster prevention efforts.