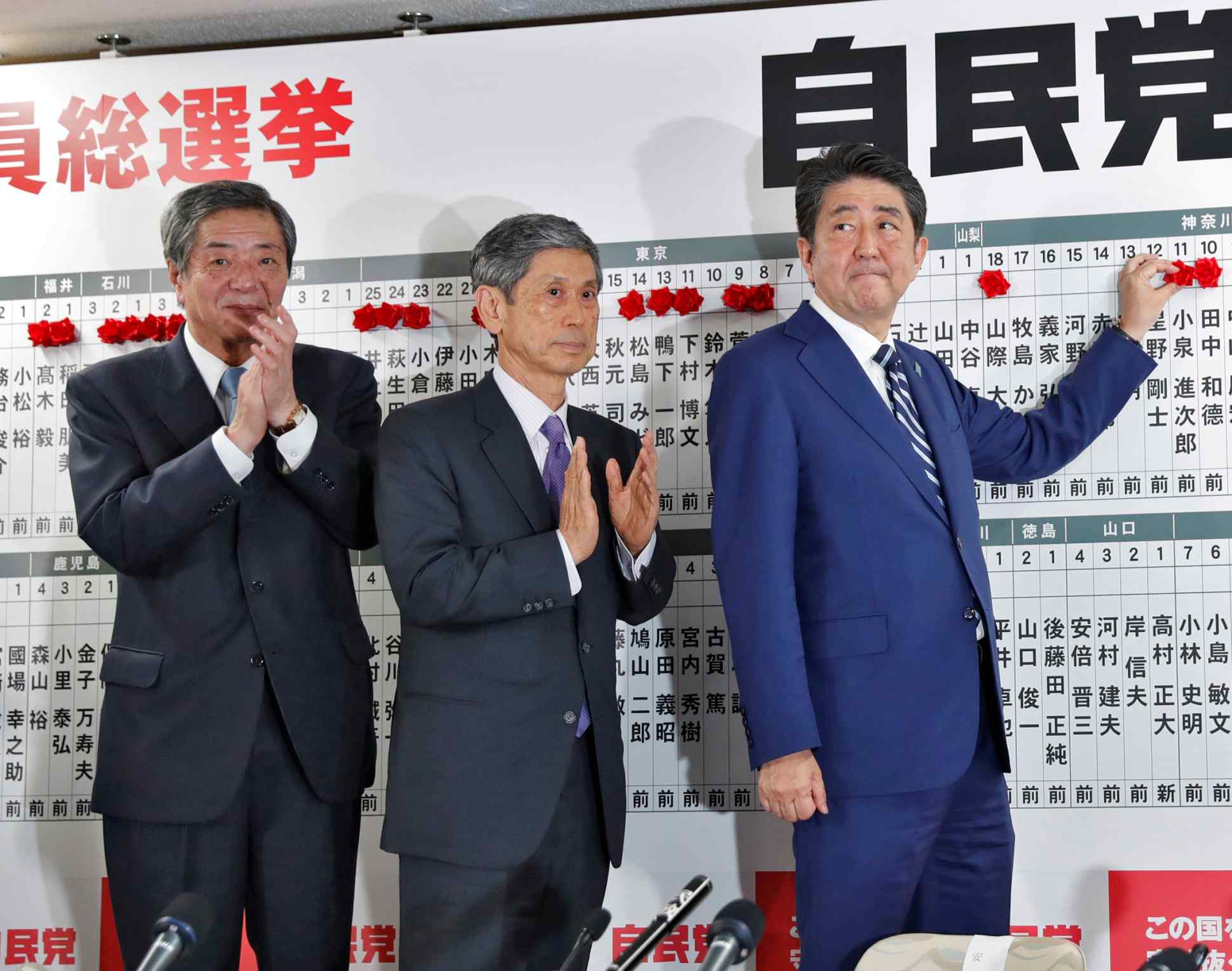 Japan's Prime Minister Shinzo Abe pins rosettes on the names of winning candidates as the results of the general election are announced on Oct. 22.   © Reuters
Politics

TOKYO -- Voters handed Prime Minister Shinzo Abe a landslide victory in Sunday's lower house election, allowing him another run at the helm and giving a significant boost to his long-running quest for constitutional reform.

But unlike after the last lower house election in 2014, which the ruling coalition also won by a landslide, Japan no longer has a major opposition party that can serve as a counterbalance to the powerful prime minister. Abe's dominance comes with various political risks.