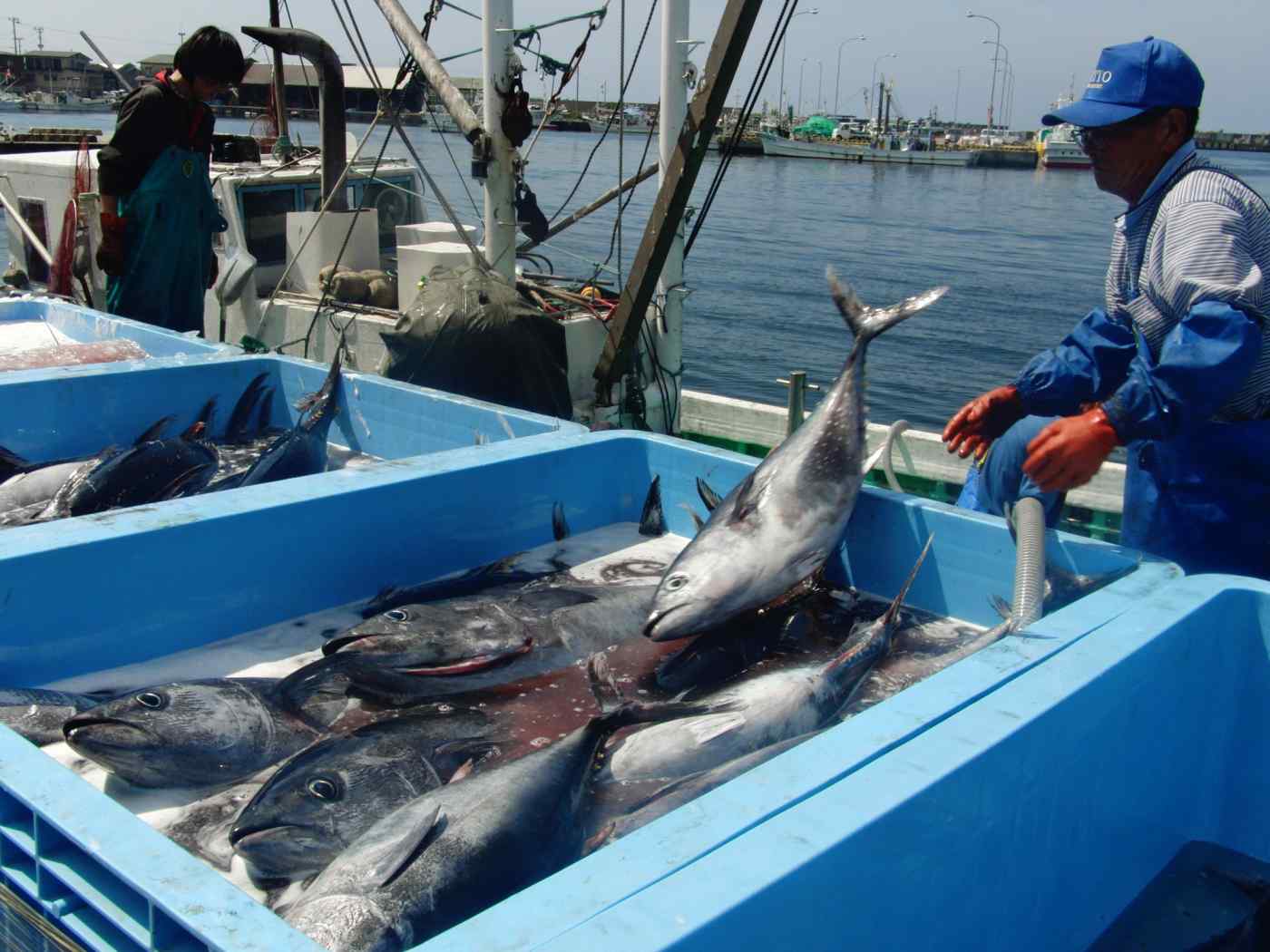 TOKYO -- Countries and regions fishing in the Pacific Ocean have agreed to halve catch quotas for juvenile Pacific bluefin tuna from the 2002-04 average, marking a step toward protecting breeding stock that has neared record lows.

Seven countries and regions, including Japan, South Korea and the U.S., participated in a meeting of a subcommittee of the Western and Central Pacific Fisheries Commission on Thursday, where the agreement was reached. The protection covers Pacific bluefin tuna weighing under 30kg.

Immature tuna are sold at supermarkets and fishmongers as inexpensive sashimi. Environmentalists have criticized the large-scale catching and consumption of young tuna that have not reached reproductive age.

Japan's limit for next year will be set at around 4,000 tons. Since its hauls have not reached that point in recent years, the amount available will remain unchanged, and the effect on prices will likely be minimal.

"If there are limits, overfishing can be avoided in years when stocks have grown rapidly, and there is an 80%-plus probability that breeding stock will return to the historical median (of 43,000 tons) within 10 years," said the fisheries ministry's Masanori Miyahara, who chaired the meeting.

The focus will now shift to Mexico, which is not on the commission. Pacific bluefin born in Japanese waters migrate to the Mexican coast. Even if Japan and South Korea limit their catches, these measures will be less effective if Mexico does not follow suit.