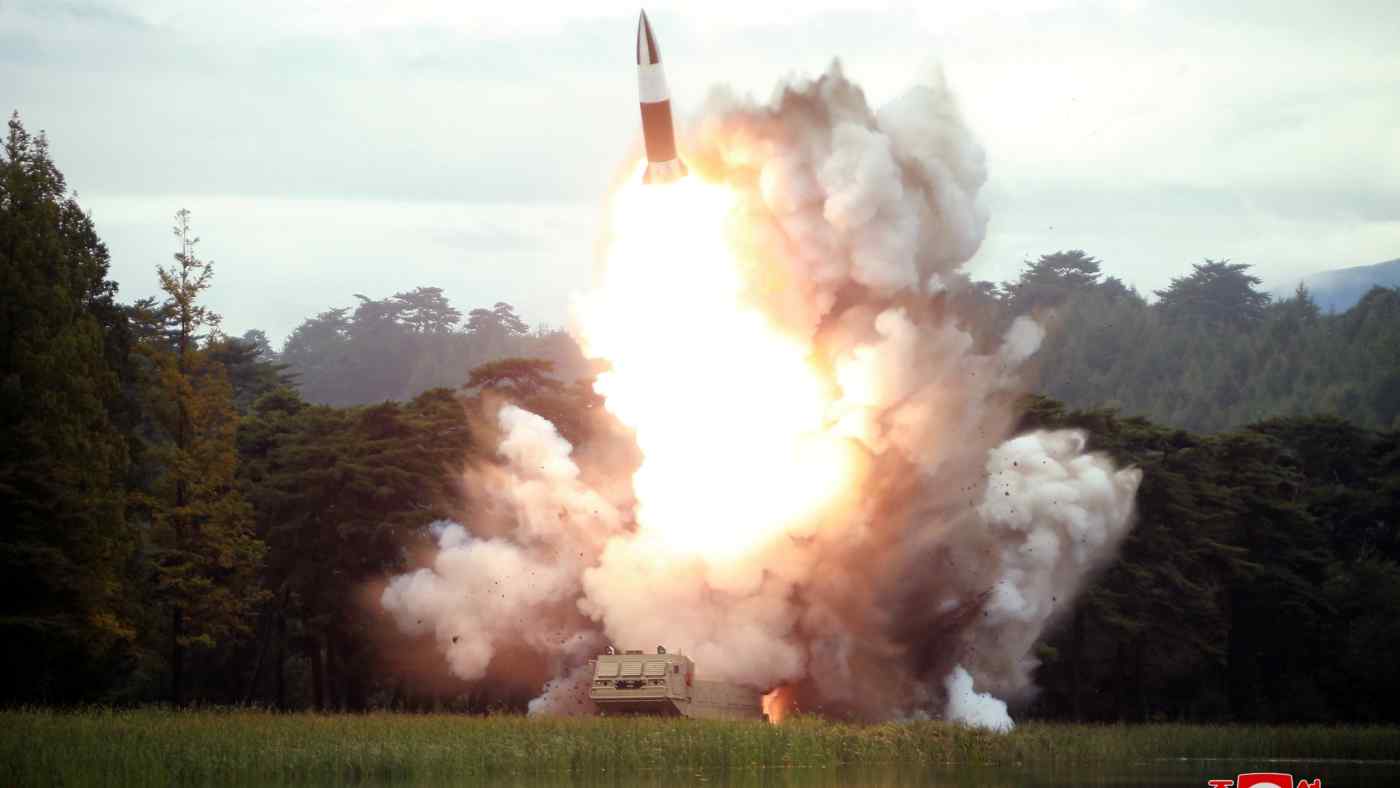 TOKYO -- As Japan debates whether to develop the capability to strike enemy missile bases planning an imminent attack, it has also begun searching for the right phrase to describe such capabilities.

The aim is to distinguish them from a "preemptive strike," which may be considered a breach of international law.

The discussion was sparked by the government's recent decision to suspend the introduction of the Aegis Ashore missile shield. As Japan searches for other ways to protect itself from missile attacks, it needs to ensure that the world understands such a capability is in line with the right to self-defense allowed under the nation's war-renouncing constitution.

By highlighting the defensive aspect of the program, lawmakers hope to ensure that the public understands the planned attack capabilities fall under the nation's exclusively defense-oriented policy and win its support.

The LDP is setting up a team that will as early as this month offer recommendations for alternatives and on whether to build base strike capabilities. It will also debate appropriate terminology.

Such terms as "enemy-base counterattack capability" is not commonly used in the international community. The semantic debate surrounding strike capabilities itself is unique to Japan.

When Defense Minister Taro Kono was asked by a foreign journalist in June whether Japan is exploring preemptive-strike capability, he responded that he was not sure "if they are using the term correctly, or...if they are defining the meaning of that correctly."

He expanded on this point in a television appearance later, noting that foreign journalists translate the Japanese term "enemy-base strike" into English as "preemptive strike."

"Preemptive strikes violate international law and would never be on the table," Kono said.

The distinction has been part of Japanese defense policy for more than six decades. Strikes on enemy bases in response to an imminent threat were framed as falling under the rubric of self-defense in 1956 by then-Prime Minister Ichiro Hatoyama, who argued that "I simply cannot believe that the spirit of the constitution requires that we merely sit and wait to die" in such a situation.

This established Tokyo's interpretation that such measures would not violate Article 9 if no other means of defense were available.

In 2003, Shigeru Ishiba, then defense chief, argued that Japan could strike a base in an enemy country that declares its intention to attack and begins preparing to do so. "Starting to fuel [missiles] or take preparatory action" would represent the start of an attack, and Tokyo could respond accordingly, he said.

LDP recommendations in 2018 used the term "enemy-base counterattack capability" to refer to striking back after an attack has already been launched in order to prevent a second.

Though the government's view is that a strike launched while the enemy is still preparing an initial attack is also a legitimate exercise of Japan's right to self-defense, the narrower definition was used to avoid objections from opposition parties and from ruling coalition partner Komeito, which is more dovish on security than the LDP.

Such other terms as "self-defense counterattack" and "stand-off defense" do not limit Japan's options to just striking bases -- an important point when the likes of North Korea use mobile launchers.

The term "striking capability" has a following among some LDP lawmakers, as it sounds more like a deterrent against enemy attacks. It also hints at moving Japan beyond its defense-focused "shield" role in its "sword and shield" alliance with the U.S.