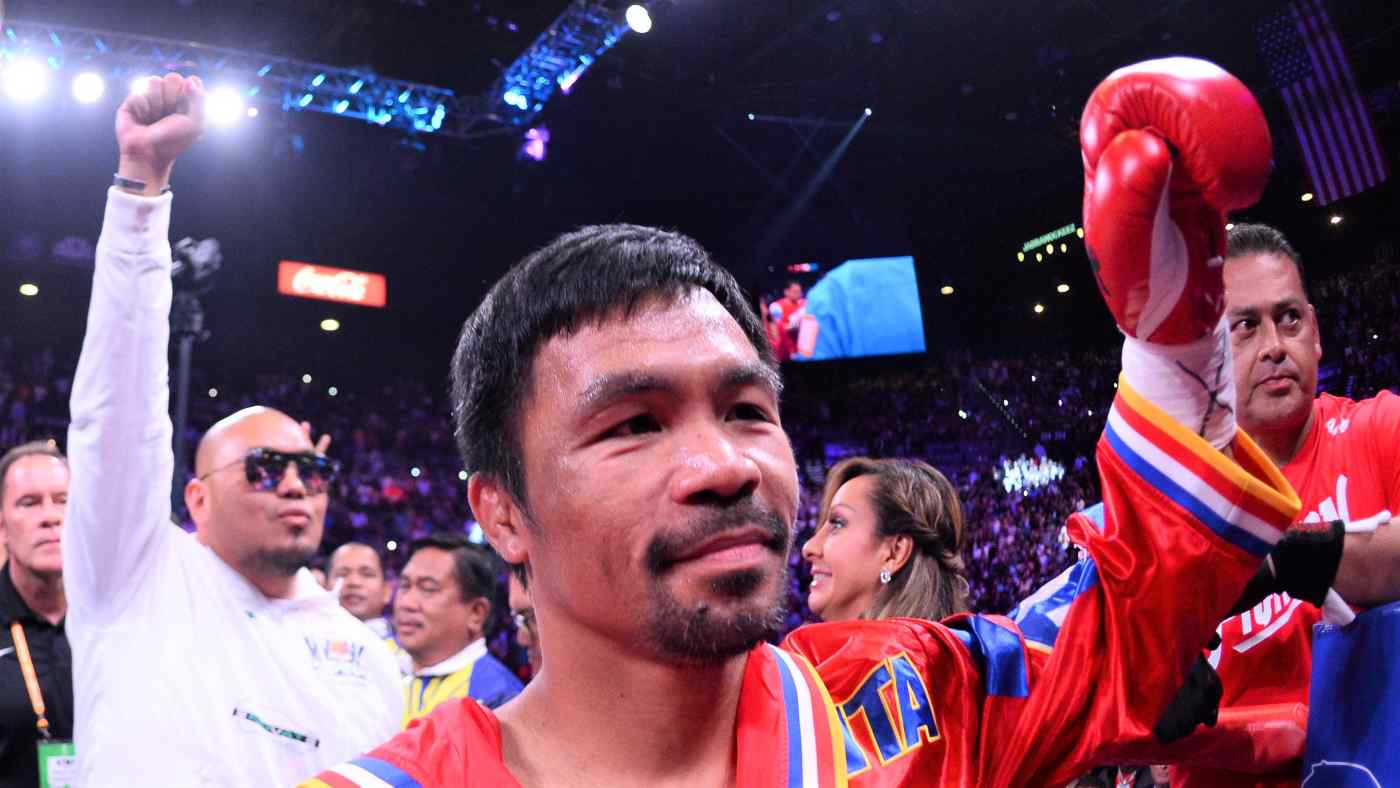 MANILA -- Boxing icon Manny Pacquiao has taken over the leadership of Philippine President Rodrigo Duterte's political party, in a move seen as an effort to expand and energize the group's base ahead of national elections in 2022.

Pacquiao's swearing-in as head of the ruling PDP-Laban on Wednesday night has also reignited speculation that the fighter-turned-politician intends to run for president. The 41-year-old senator will complete his six-year term that year, leaving him eligible to run for reelection or seek a higher position.