Move blasted as a bad example amid surge in overall infections 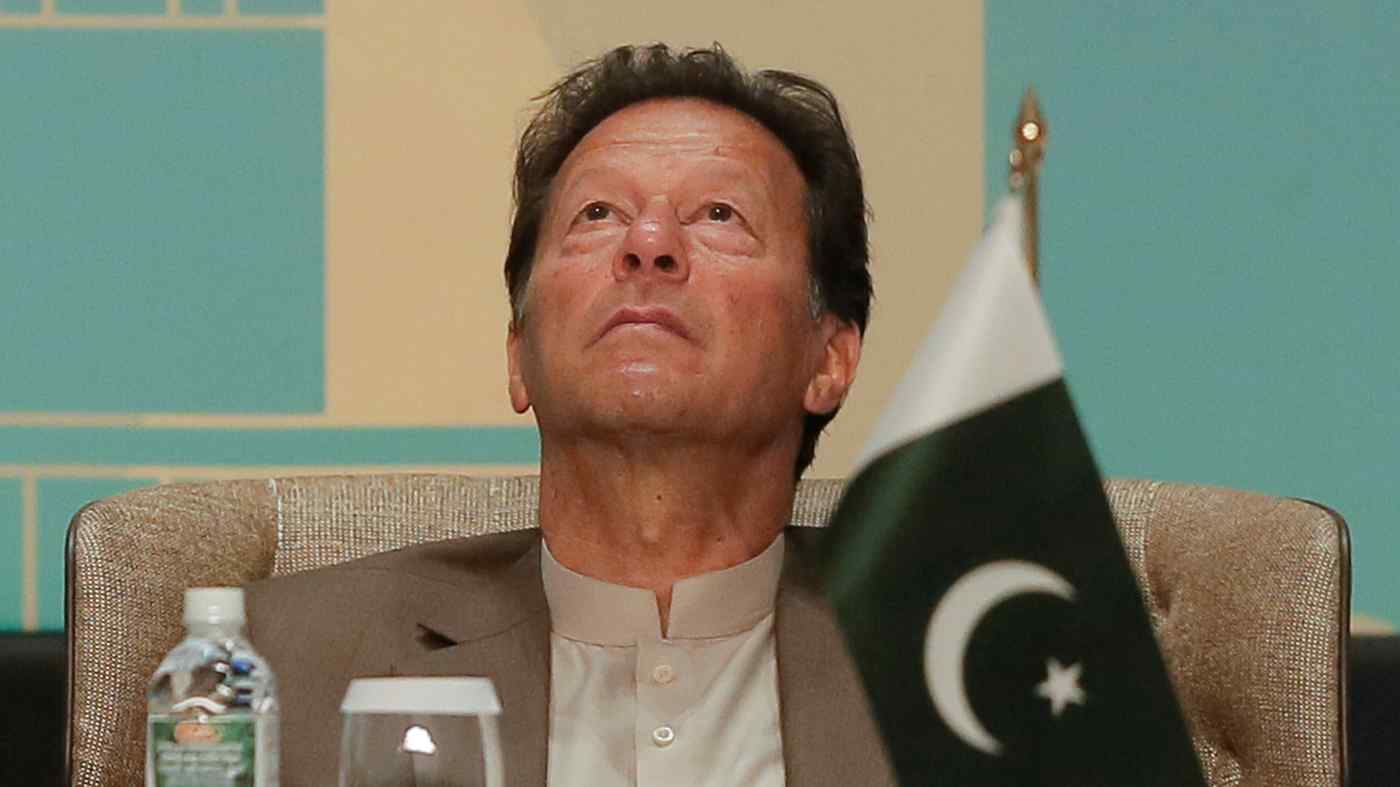 ISLAMABAD (Reuters) -- Pakistan's Prime Minister Imran Khan faced widespread criticism for holding an in-person meeting with his aides five days after testing positive for COVID-19, as the country on Thursday reported the highest single day rise in infections since the peak of the first wave in June last year.

A total of 4,368 infections and 63 deaths were recorded over the last 24 hours, according to data released on Thursday, bringing the total number of cases to 645,356 and deaths to 14,091 in the country.

Even as the government stressed that citizens not observing safety guidelines was behind a fast rise in cases, Khan on Wednesday was pictured in a meeting with close aides at his residence.

"Prime minister with the media team today," Information Minister Shibli Faraz said on Twitter, captioning a picture of Khan at his private residence in Islamabad chairing a meeting.

Khan and the others wore masks, and were seated indoors in at the prime minister's house.

Khan, 68, and his wife tested positive for the virus on March 20.

Pakistani government guidelines call on those who test positive for the virus to quarantine themselves for 9 to 14 days.

There was widespread criticism of Khan on social media, pointing out that Pakistan has struggled to enforce guidelines on social distancing and the prime minister's meeting had set a bad example.

"The PM is recovering from COVID-19 and should have been in isolation until full recovery," Naseem Salahuddin, an infectious diseases expert at Indus Hospital in Karachi told Reuters.

"What an irresponsible and childish act," wrote opposition leader Ahsan Iqbal on Twitter. "What example is the COVID-19 struck Prime Minister setting for the nation?"

A spokesperson for the prime minister's office did not respond to a Reuters request for comment.

Information Minister Faraz did not respond to a request for comment, but addressed the issue in a television interview in Islamabad on Thursday night.

"In hindsight maybe I should have not (met him)," he said, adding: "We were sitting at quite a distance, the picture probably does not reflect that, but the fact is it was a huge room with open windows and open doors."