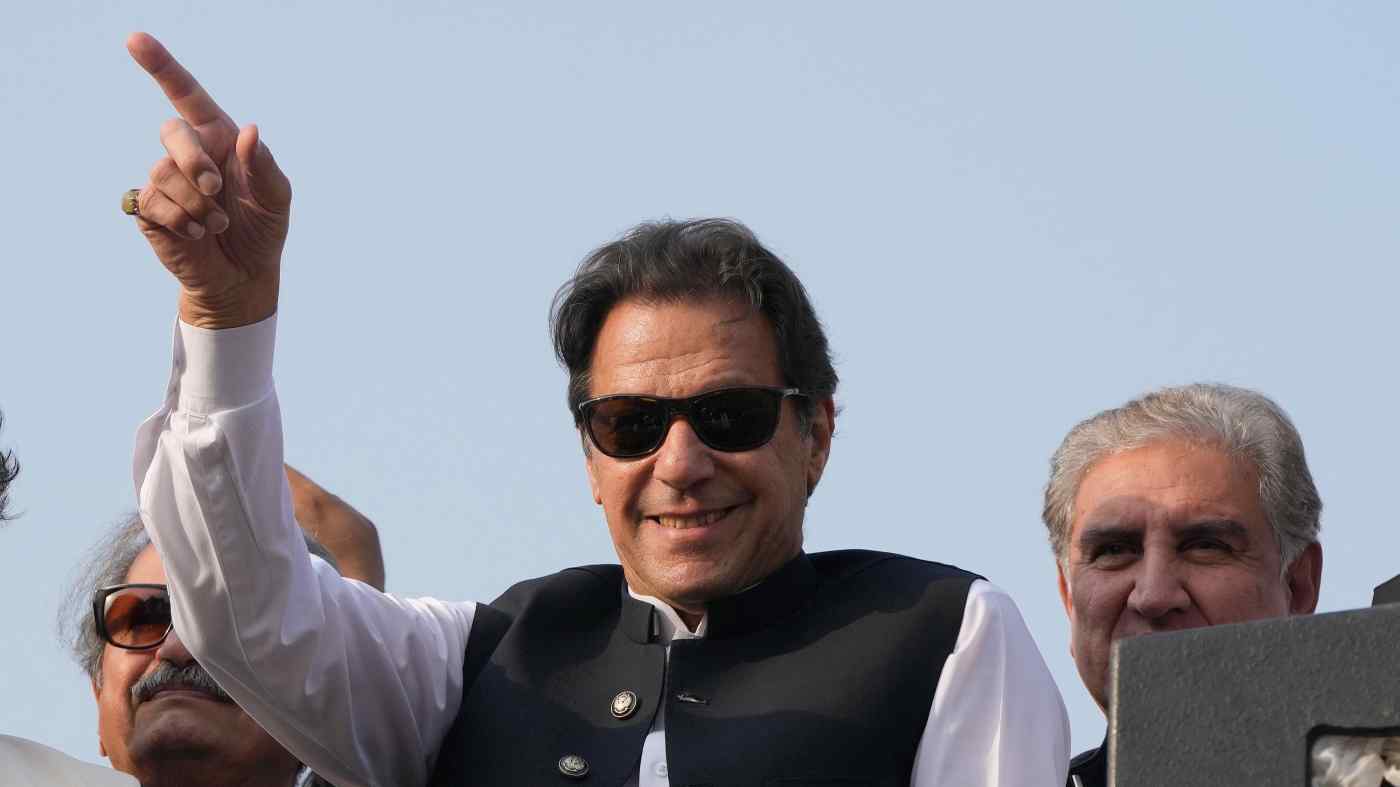 ISLAMABAD -- Pakistan's former Prime Minister Imran Khan launched a "long march" to Islamabad on Friday, ramping up calls for an early election and significantly raising tensions in the country wracked by political and economic crises.

Experts are skeptical that Khan's stunt will work, but say that even if it fails he is likely to keep applying pressure on the fledgling coalition government of Prime Minister Shehbaz Sharif.