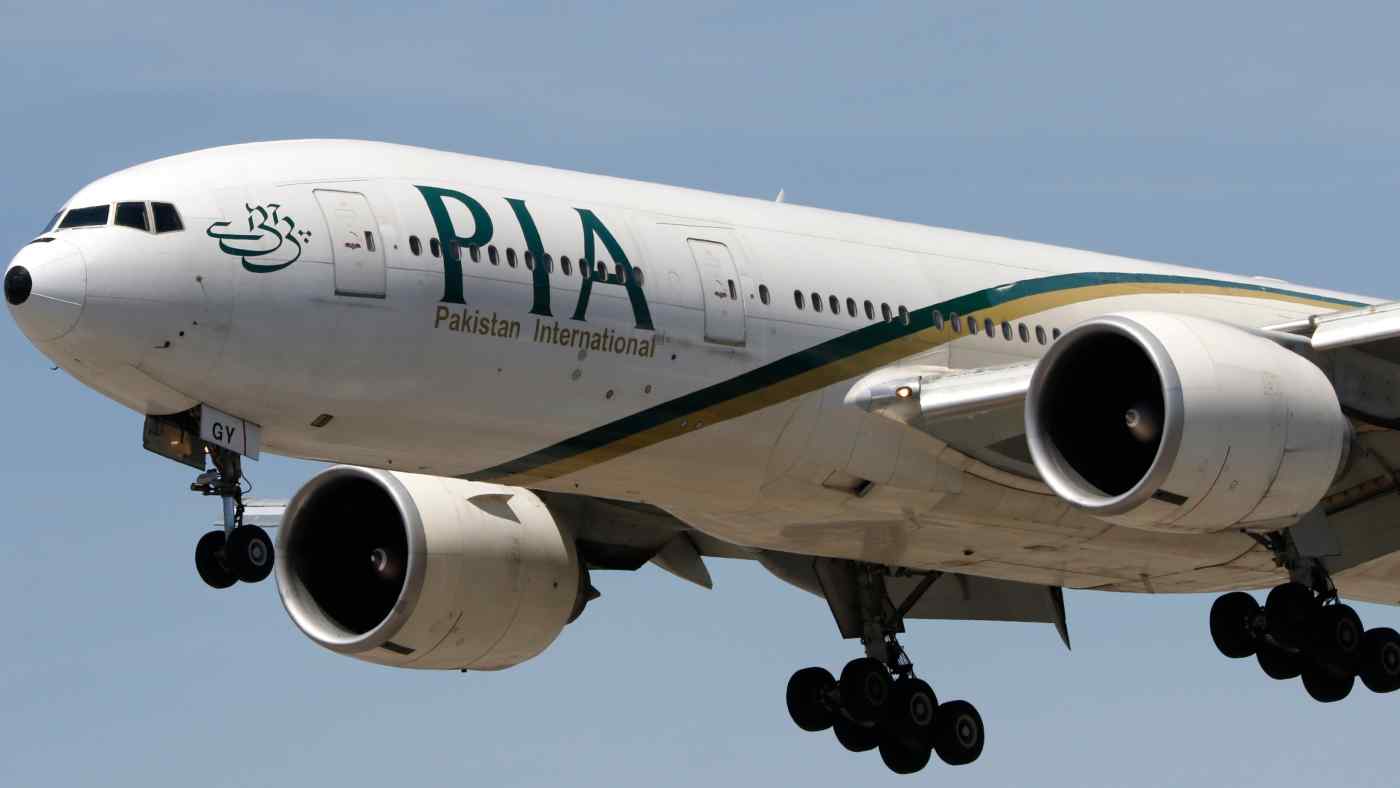 ISLAMABAD (Reuters) -- Pakistan is grounding 262 airline pilots suspected of dodging their exams following inquiries into their qualifications, the aviation minister said on Friday in a move that has caused global concern.

The action was prompted by the preliminary report on an airliner crash in Karachi last month, which found that the pilots had failed to follow standard procedures and disregarded alarms.

Ninety-seven people were killed in that crash and the airline in question, state-run Pakistan International Airlines (PIA), said on Thursday it would ground pilots with "dubious" licences.

Aviation Minister Ghulam Sarwar Khan said authorities had been investigating collusion between pilots and civil aviation officials since late 2018 to get around examinations.

He said all the pilots were accused of having someone sit one or more papers for them, and sometimes even all the eight papers required for an airline pilot's licence.

The 262 pilots grounded on Friday pending conclusion of inquiries against them included 141 from PIA, nine from Air Blue, 10 from Serene Airline, and 17 from Shaheen Airlines, which has closed down, Khan said.

They included 109 commercial and 153 airline transport pilots, the minister said.

PIA and Air Blue said they would comply but had not received the list of pilots to be grounded.

"We are still waiting for the list," Raheel Ahmed, deputy managing director (commercial) for Air Blue, told Reuters. A PIA spokesman also said no lists had been received.

The minister said the lists had been sent to airlines and would also be available on the civil aviation website.

The remaining pilots belonged to flying clubs or charter services. He said all the airlines and clubs had been told that "these pilots shouldn't be allowed to fly any more".

Khan said the purge was aimed at making the Pakistani airline industry credible, that will also allay the global concerns, adding: "I think this will help us in satisfying the international organisations that we have corrected the wrongdoings."

The International Air Transport Association and the European Union Aviation Safety Agency have expressed concerns over such a large number of pilots having dubious credentials.

The current examination system was introduced in 2012 to meet international standards and was made mandatory for all Pakistani pilots even if they were already qualified.

Pilots who might find it difficult to pass the tests had resorted to illegal means, bribing someone at the civil aviation body or using political influence to have someone to sit their papers, officials say.

Pakistan's investigations into pilots' qualifications began after a 2018 crash landing in which it was found that the test date on the licence of the pilot involved had been a holiday - suggesting it was fake as testing could not have taken place on that day.

Successive governments have tried to overhaul the loss-making carrier that has a fleet of 31 aircraft and 434 pilots, but with little sign of success.

The minister said 28 of the pilots had already been found to have obtained academic degrees illegitimately and would now face criminal charges and termination. He said at least five top civil aviation officials had been suspended, and prosecutions were being considered against them and their aides in the information technology department.

"Let me assure that the inquiries will be free and fair," the minister said.