Pakistan's Khan to march on capital to call for early elections 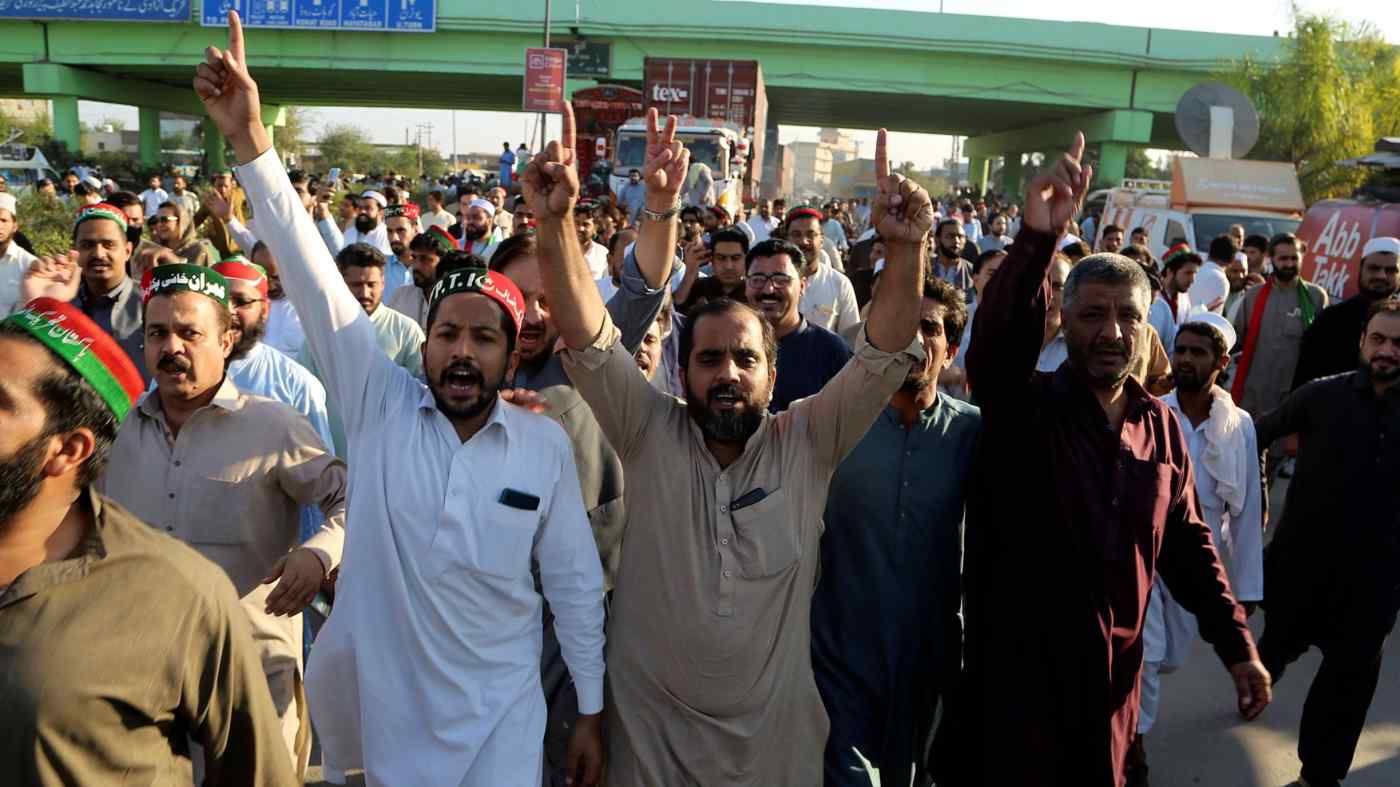 Supporters of former Prime Minister Imran Khan's party block a highway in Islamabad on Oct. 21 during a protest to condemn the election commission's decision to remove him from his parliamentary seat.   © AP
October 26, 2022 09:50 JST | Pakistan
CopyCopied

LAHORE (Reuters) -- Former Pakistani Prime Minister Imran Khan announced on Tuesday that he would begin a protest march with his supporters from the eastern city of Lahore to Pakistan's capital, Islamabad, on Friday to call for early elections.