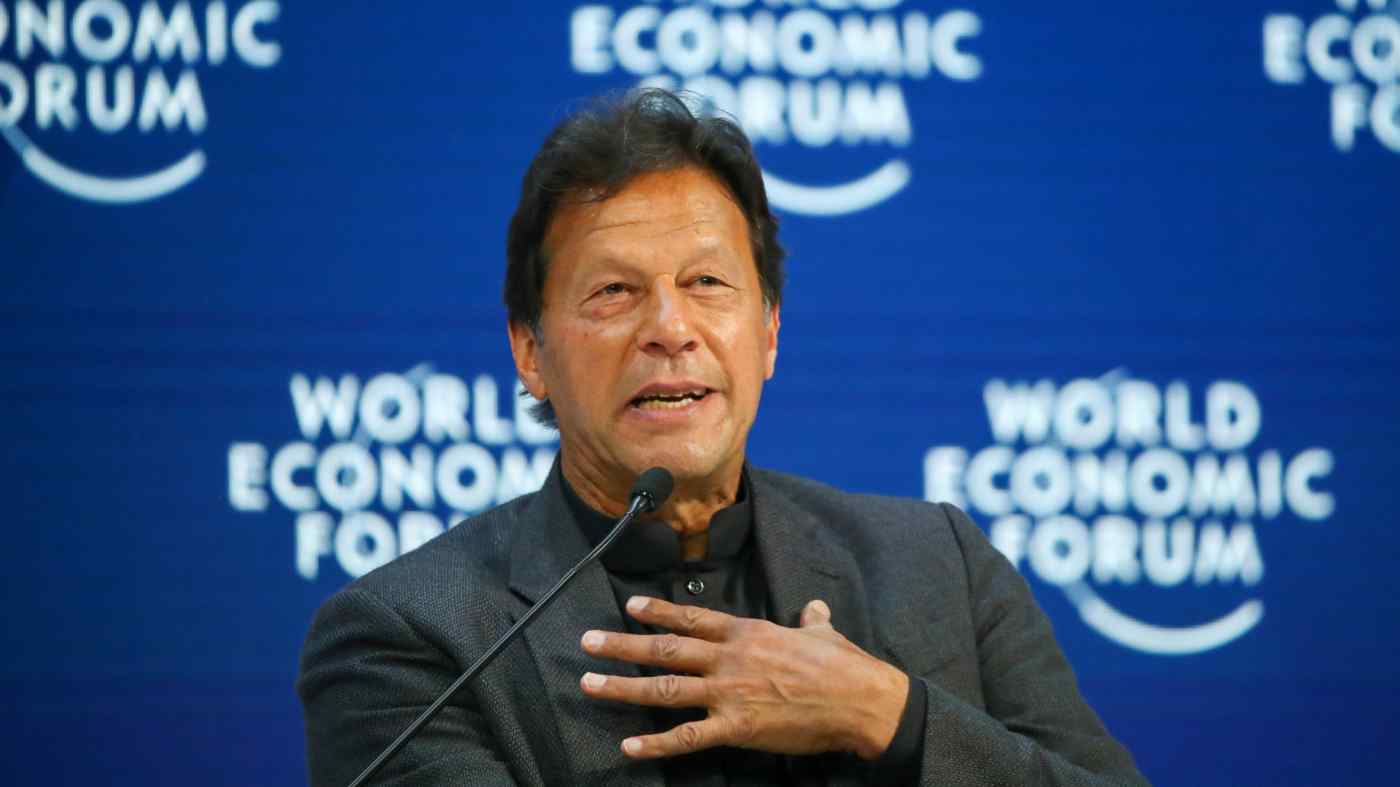 KARACHI -- Pakistani Prime Minister Imran Khan secured a vote of confidence by a narrow margin during a special session of the National Assembly on Saturday, gaining 178 votes, six more than the minimum required to save his position.

The need for a vote of confidence emerged after the government candidate -- incumbent Finance Minister Abdul Hafeez Sheikh -- for the Senate seat from Islamabad lost in the election on Wednesday. Since the National Assembly is the same electoral college for prime minister, Khan had to secure a vote of confidence to ensure the continuity of his government.

In his post-vote victory speech in the National Assembly, Khan criticized the opposition and boasted about his government's economic performance. "We are on the way to economic recovery. The current account is improving constantly and now even the rupee is strengthening against the dollar without government intervention," he said.

The Pakistan Democratic Movement, an alliance of 11 opposition parties, did not attend today's session.

"After the boycott of PDM [vote of confidence] session will have no political importance and the PTI government will not be considered the representative government of this nation," PDM President Maulana Fazl ur Rehman told media a day before the vote.

Experts believe the political instability that started after the Wednesday Senate elections will continue even after the vote of confidence.

Shahzada Zulfiqar, a senior political commentator based in Quetta, told Nikkei Asia that the government has been losing political weight for the last few weeks. "This political crisis will eventually lead to fresh general elections well before the planned date of elections in 2023," he said.

Aslam Bhootani, a member of the National Assembly from Gwadar, who supports Khan, told Nikkei that securing a vote of confidence is not a big deal. "The real battle between government and opposition will be in the election of Chairman Senate because both sides almost have equal votes," he said.

Elections for Chairman Senate are scheduled for March 12. The opposition has 53 members and the government 47 members in Senate.

As the political instability in the country continues, experts fear it will negatively affect Belt and Road projects in Pakistan.

Hasaan Khawar, a public policy analyst based in Islamabad, told Nikkei that any change in the government is certain to impact all projects, including the China-Pakistan Economic Corridor, the $50 billion Pakistan component of China's Belt and Road Initiative.

"In the near future, there are not likely to be any new major [CPEC] projects. Conversations on ML-1 [railway project] have been proceeding slowly, which may continue," Khawar said.