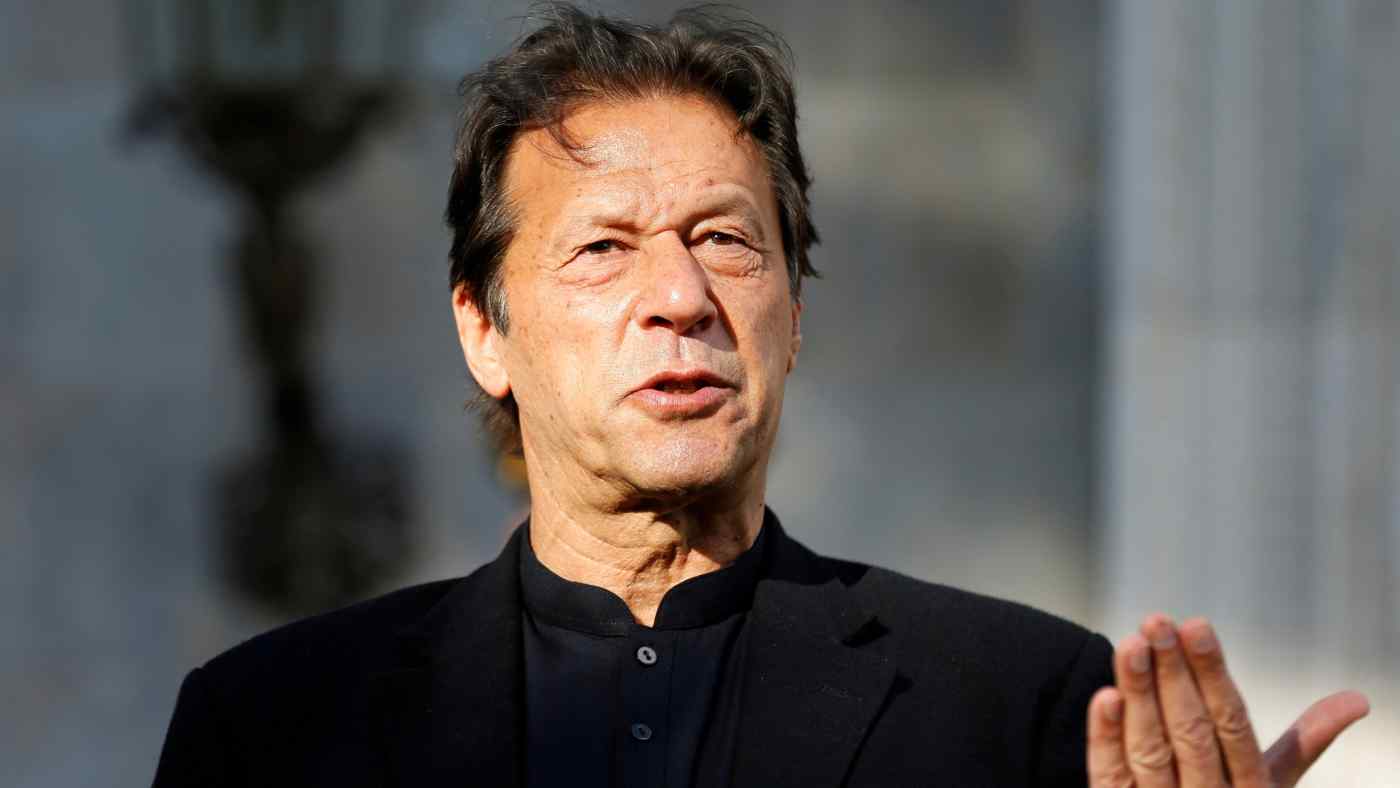 KARACHI -- Pakistan's economic reform agenda aided by the International Monetary Fund is under threat due to the potential dissolution of Prime Minister Imran Khan's government.

Khan's coalition suffered a defeat in recent senate elections, a blow that may push Pakistan to lean more heavily on China to shore up its economy.

The prime minister addressed the nation on Thursday night to formally announce a confidence vote in the National Assembly, scheduled for Saturday.

Former Prime Minister Yousuf Raza Gilani -- the candidate of the Pakistani Democratic Movement, an alliance of 11 opposition parties -- upset incumbent Finance Minister Abdul Hafeez Sheikh on Wednesday for a senate seat representing Islamabad. Gillani received 169 votes to Sheikh's 164 in the lower house, which served as the electorate for the poll.

Since the lower house is also the electoral college for prime minister elections, the defeat could signal the end of Khan's government. 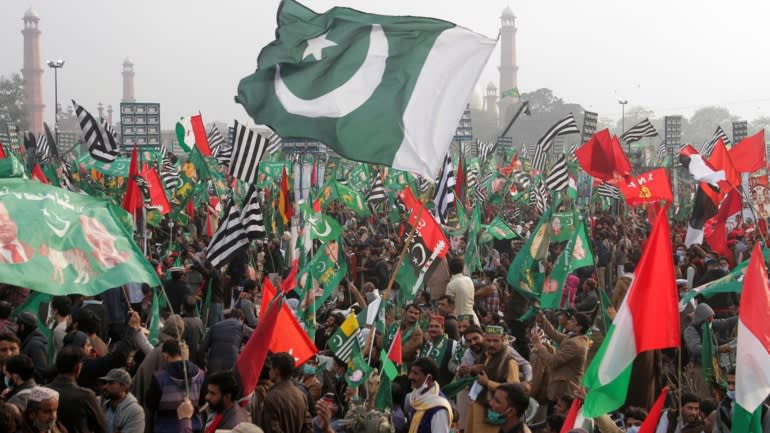 Supporters of the Pakistan Democratic Movement, an alliance of opposition parties, listen to the speeches of party leaders during an anti-government protest in Lahore in December 2020.   © Reuters

The development has raised the political stakes in Pakistan while rocking the nation's markets. The Pakistan Stock Exchange KSE-100 Index fell by over 1,000 points to 45,278 on Thursday, closing at the lowest level in a month.

Experts believe the senate upset and subsequent threats to the government have cast doubts on economic reform, which have been buoyed by the IMF's $6 billion Extended Fund Facility. The program, approved in July 2019, aimed to reduce public debt, implement a market-driven exchange rate, and eliminate losses in the energy sector.

Michael Kugleman, deputy director of the Asia Program at the Wilson Center, told Nikkei Asia that the senate defeat may affect the IMF program. "Given Pakistan's economic struggles amid the pandemic, it faces a pivotal moment with the IMF program, and you really need the most qualified person to be overseeing it," he said.

Sheikh, a former World Bank official, has been serving as finance minister since December 2020. After losing his senate seat, he must relinquish his position by June 11. 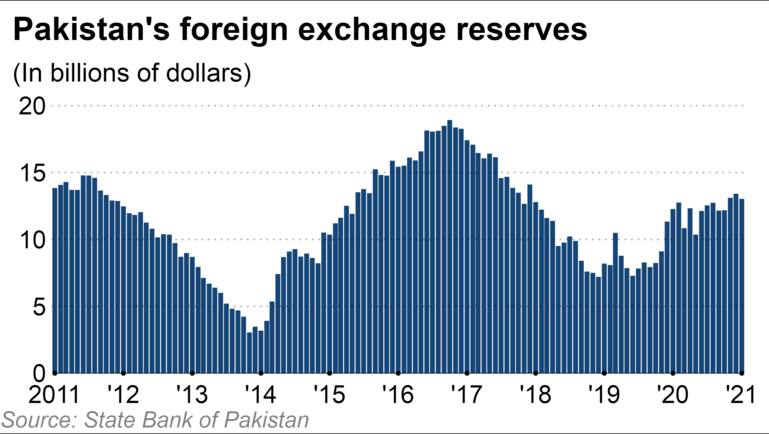 The senate elections have already unleashed signs of unrest in Pakistan, which could culminate in Khan's ouster. In addition, some believe the China-Pakistan Economic Corridor -- the massive $50 billion Pakistan component of China's Belt and Road Initiative -- could face headwinds.

Others, however, feel the end of Khan's government will hardly affect the CPEC. Younus says that multilateral consensus for CPEC projects is in Pakistan's strategic and economic interests. "CPEC projects will continue as expected and should not face any delays," he said.

Kugelman tends to agree: "With the military having asserted more power and influence over CPEC in recent months, the ouster of Khan wouldn't have a major impact on the project."

He added that the ouster of Khan may even benefit CPEC, given Beijing's indication that it has never been as comfortable working with the Khan government as it was with the government of the preceding Pakistan Muslim League, which launched CPEC in April 2015.