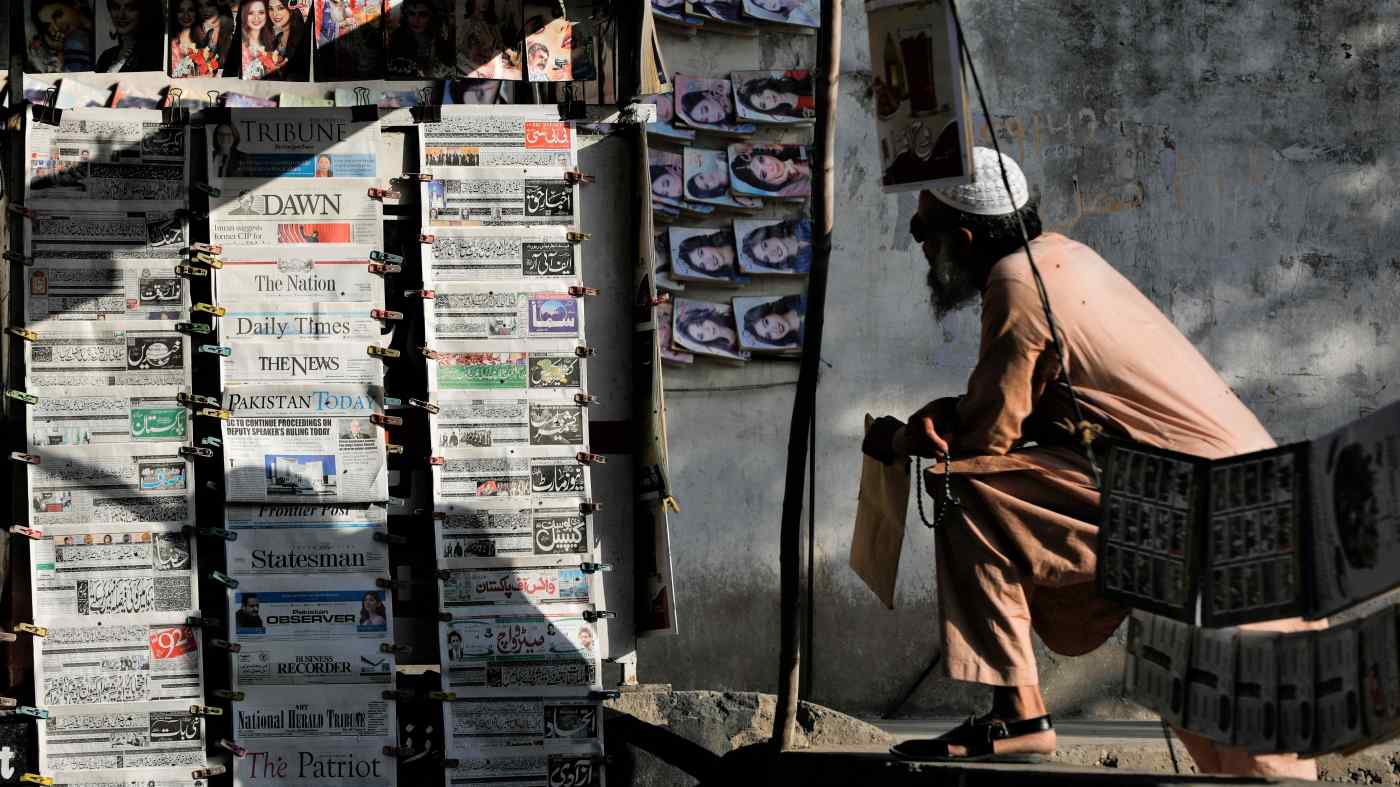 ISLAMABAD -- A decline in Pakistan's press freedom ranking has highlighted looming threats to its democracy and focused attention on whether the new government of Prime Minister Shehbaz Sharif will reverse the tide.

As things stand, Pakistan is below even war-torn Afghanistan on the World Press Freedom Index from watchdog group Reporters Without Borders, known by its French acronym RSF. The 2022 edition, released earlier this month, ranks Pakistan 157th out of 180 countries, down 12 spots from the previous year.