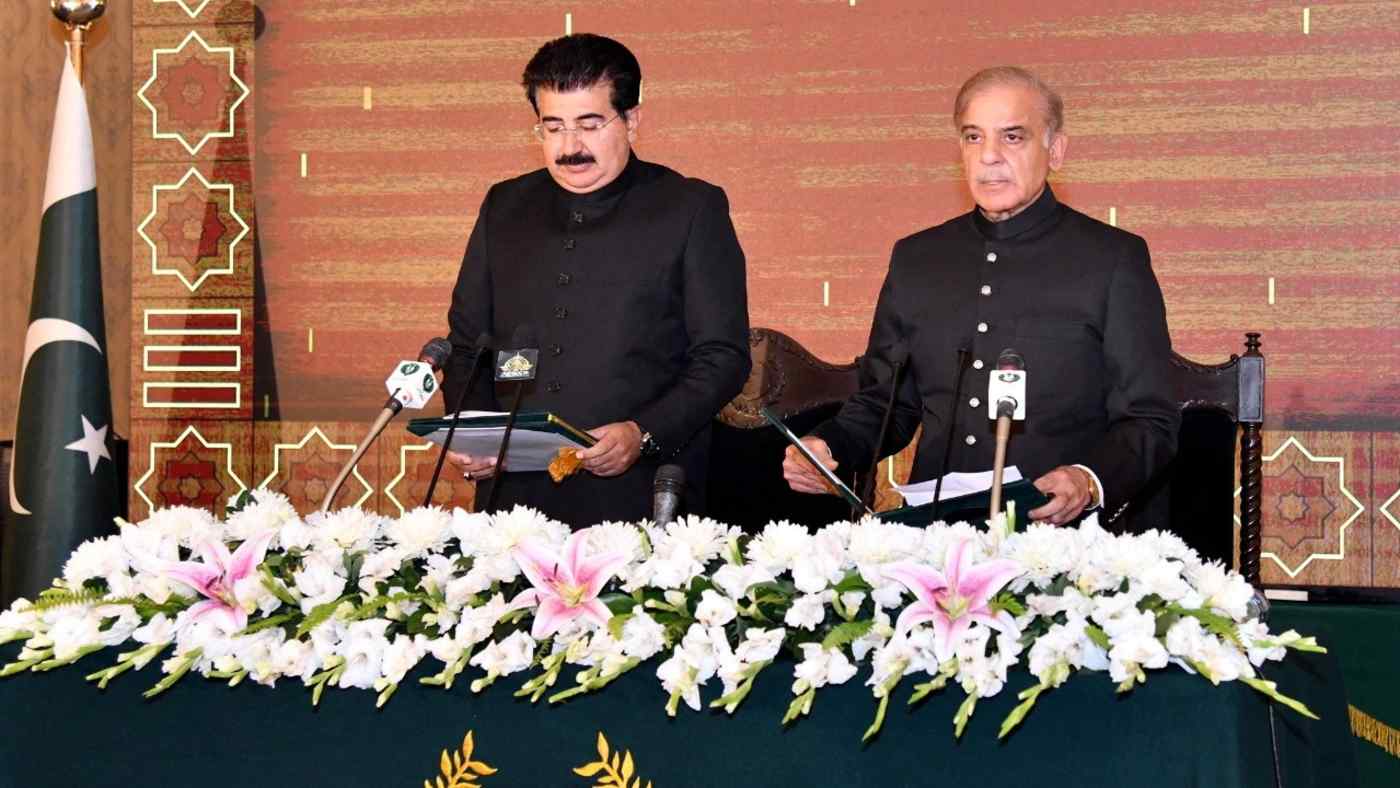 ISLAMABAD (Reuters) -- New Pakistani Prime Minister Shehbaz Sharif on Tuesday appointed a multi-party coalition cabinet made up of what had previously been political rivals in opposition who united to oust Imran Khan.

The cabinet, including five women, immediately set to work cementing relations with China as it battles a downward economic spiral.

It will govern the country for a maximum of 16 months, after which a national election is due.

But with divergent views among the fledgling partners on whether to hold an election sooner than August 2023, it is unclear how long the government will remain in place.

Among the key appointments was Finance Minister Miftah Ismail, 57, a businessman and economist tasked with stabilizing a troubled economy and restarting talks with the International Monetary Fund.

Aisha Ghaus Pasha, a former provincial finance minister, will work with Ismail as a state minister for finance.

Ismail's first officially announced meeting was with the Chinese Embassy's charge d'affaires, the finance ministry said in a statement.

Beijing has pledged billions of dollars in loans and investment in Pakistan under the China-Pakistan Economic Corridor (CPEC), a part of its Belt and Road Initiative.

"Referring to CPEC, the Federal Minister said that the corridor will play an important role in taking Pakistan's economy forward as well as cementing the bilateral relationship," the statement said.

Sharif, the head of the Pakistan Muslim League-Nawaz (PML-N) party, said the cabinet had been formed after consultations with his elder brother and three-time prime minister, Nawaz Sharif, as well as coalition partners.

"It is my fervent hope that federal ministers, ministers of state & advisers will provide leadership & resolve the problems of the people," he said on Twitter, adding "Work, work & only work is our motto."