Analysts say burden of economic agreement with Beijing may be unsustainable 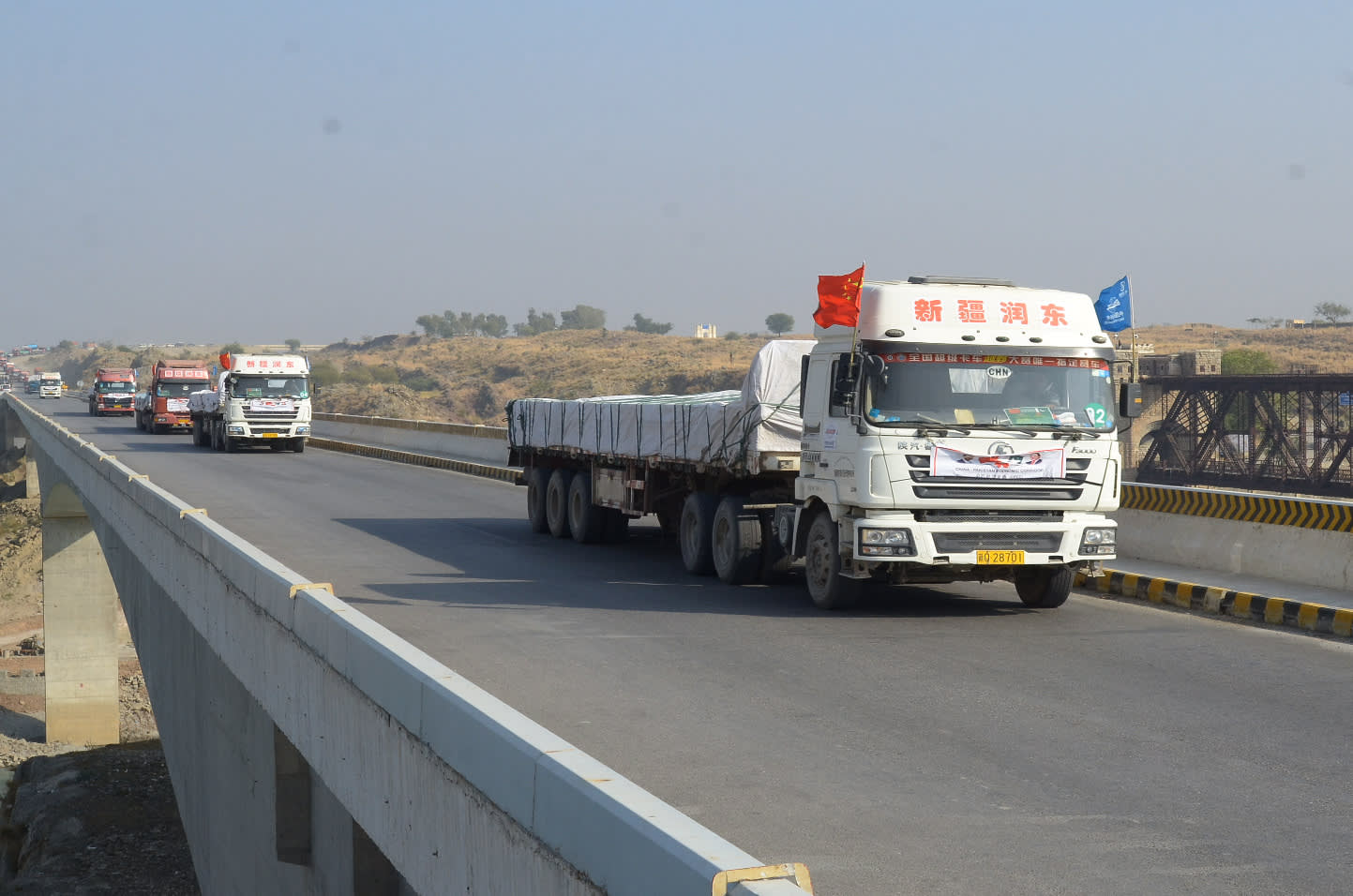 ISLAMABAD -- Two international lending institutions and Pakistan's central bank have raised concerns about the debt burden of a huge China-led infrastructure program on the country's improving but fragile finances.

Surging Chinese imports for the initiative, known as the China-Pakistan Economic Corridor program, have complicated Pakistan's balance of payments problems during its second year of economic recovery following a decade of conflict with Taliban insurgents and their al-Qaeda allies.

Chinese machinery imports for power generation and transport infrastructure will reach $27.8 billion in the fiscal year ending in June 2021. The CPEC aims to build roads, railroads and energy infrastructure across Pakistan.

The Pakistan government has said that further projects costing $16 billion are expected to be implemented by 2030, while preparations are continuing for additional elements following negotiations in December that expanded the program's overall cost to $55 billion from $46 billion. 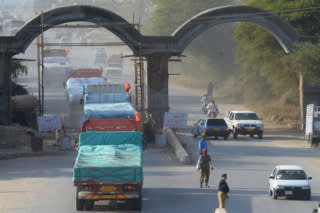 Soldiers and police stand guard as a Chinese truck convoy enters a town in the western Pakistani province of Baluchistan, home to the port of Gwadar. (Courtesy CRS Public Relations)

Pakistan and China have been close diplomatic and defense allies since the 1960s. Underlining the broadening of the relationship through CPEC, a 90-member honor guard from the People's Liberation Army participated in Pakistan's national day military parade in Islamabad on March 23 -- the first appearance by Chinese troops.

However, the World Bank and the International Monetary Fund have both expressed concerns about the financial strains caused by the CPEC program. "Sovereign guarantees associated with the CPEC project [will] elevate fiscal risks over the medium-term," the World Bank said in its Global Prospects Report for 2017, published in January.

In October, the IMF said the execution of CPEC projects would create a surge in foreign direct investment and other external funding inflows, but the import requirements of these projects "will likely offset a significant share of these inflows, such that the current account deficit would widen."

In a further illustration of international concern, the global credit ratings agency Fitch said on Feb. 6 that Pakistan's "increasing gross external financing needs could increase the country's vulnerability to shifts in investor sentiment." Fitch affirmed its non-investment grade "B" rating for Pakistan's sovereign debt, with a stable outlook.

"The government policy of short-term borrowing is risky and at a high cost," Pasha said, speaking on a local television in January.

Noting that Pakistan has extended sovereign guarantees to CPEC project loans and subsequent profit repatriations, Pasha and Hassan projected that debt servicing payments would rise to $8.3 billion in the fiscal year ending in 2019, widening the current account deficit to 4% of gross domestic product from less than 1% in the fiscal year ending June 2015, the year before CPEC was agreed.

Mohiuddin Aazim, an independent economic analyst based in Karachi, said the projections by Pasha and Hassan were alarmist because they classified borrowing for CPEC power projects as public debt, while the government and multilateral lenders consider it to be private debt held by independent power producers. 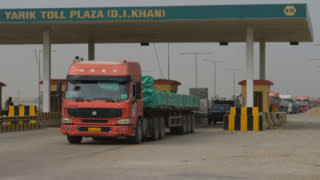 "Foreign debt servicing in case of energy projects will be a responsibility of Chinese companies that will come and set up energy production units, so this should not create additional debt servicing burden on the part of Pakistan," Aazim said in an interview. "The much-feared increase in our import bills would be compensated by a simultaneous increase in foreign direct investment that these Chinese and other foreign companies will bring in."

Finance Minister Ishaq Dar has also played down concerns about Pakistan's indebtedness. In an article published by local English-language newspapers on Jan. 31 he said external debt servicing obligations would not average more than $5 billion a year up to the fiscal year ending in June 2021.

Since returning to the international capital markets in 2014, after a seven-year absence, Pakistan has issued Eurobonds and sukuk (Islamic bonds) worth $4.5 billion to build up its foreign currency reserves. A $1 billion five-year sukuk issued in October was priced at a historically low yield of 5.5%, compared with 6.75% for an identical issue in November 2014. Foreign-exchange reserves peaked at $23.5 billion in October, but fell to $21.82 billion in the week ending Feb. 10.

The concerns about CPEC come as optimism about Pakistan's economic future rises on the back of cooling domestic conflict and growing consumer demand. Pakistan offers investors a market of about 200 million consumers in which about 70% of the population is 30 or younger.

Coupled with a surge in domestic consumption that followed the decisive phase of the conflict in 2014 and 2015, CPEC will push Pakistan's GDP growth to between 4.9% and 5.3% in the fiscal year ending June 2017, according to recently upgraded forecasts by multilateral lenders and ratings agencies.

In its Global Prospects Report, the World Bank revised its projection for Pakistan's GDP growth in 2016-17 to 5.2% from 5%. It said CPEC-associated improvements in energy and infrastructure, as well as recovering agricultural output and external demand for exports, would push growth to 5.5% in the fiscal year ending in June 2018 and 5.8% in the fiscal year to June 2019.

The bank added: "In the short- to medium-term, sustained progress on energy reforms, CPEC implementation and widening the tax net will be important. Without these structural reforms and other efforts to improve the investment climate, Pakistan's rate of investment will remain weak and its consumption-driven growth will eventually slow down."