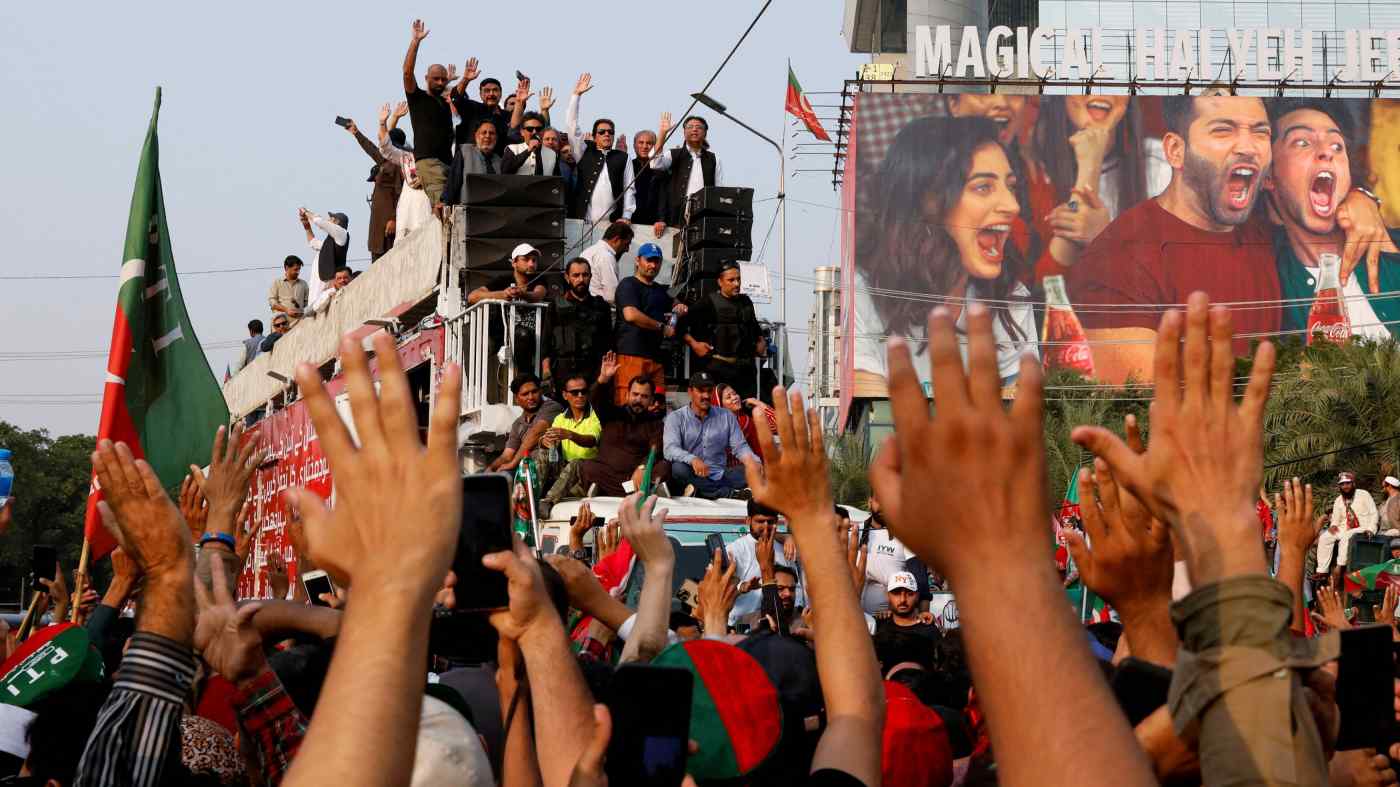 LAHORE, Pakistan (Reuters) -- A female journalist was crushed to death by a vehicle carrying former prime minister Imran Khan in an accident in eastern Pakistan on Sunday as he led a convoy along with his supporters toward the capital, party officials and journalists said.

The incident prompted Khan to halt the "long march" that he is leading toward Islamabad to pressure the federal government into calling snap elections. His convoy started from the eastern city of Lahore, and is expected to reach Islamabad on Friday.

"Shocked & deeply saddened by the terrible accident that led to the death of Channel 5 reporter Sadaf Naeem during our March today," Khan said on Twitter.

Journalist Qazzafi Butt, who witnessed the incident, told Reuters that Naeem, 40, lost her balance as she tried to climb onto Khan's truck to get a sound bite from the former premier.

The wheel of the truck ran over her head as she fell on the road, he said. PTI leader Mussarat Jamshed Cheema confirmed that Naeem was run over by Khan's vehicle. Local police officials did not respond to Reuters' request for comment.

The incident occurred as Khan's convoy was near the city of Gujranwala, 220 km from Islamabad. He plans to hold political gatherings in cities along the route to Islamabad to build support.

Since being ousted in April through a parliamentary vote, Khan has held rallies across Pakistan, stirring opposition against a government that is struggling to bring the economy out of the crisis that Khan's administration left it in.

PTI has said Khan was willing to negotiate with Prime Minister Shehbaz Sharif's coalition government if it announced a date for a snap election. The government says polls will be held as scheduled in October or November next year. Khan says he is not willing to wait.