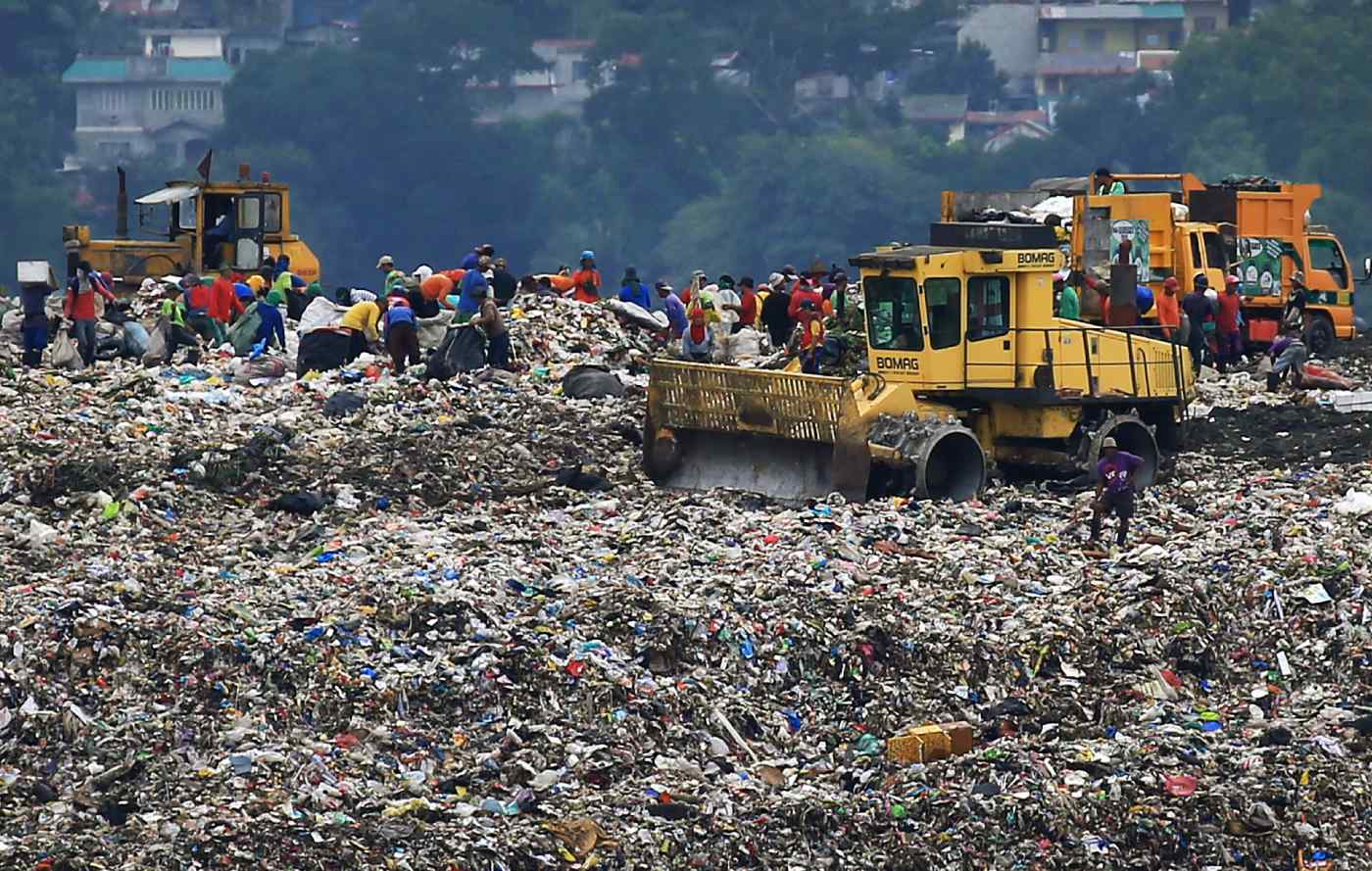 MANILA -- What is it like living at the foot of a mountain of garbage?

The Payatas district in Quezon City, Metro Manila, has been called the city's "second Smokey Mountain" -- a huge mound of refuse from which many scavengers scrape out a meager income.

Payatas is about a 40-minute drive from central Manila. There, on a spring day, a long column of garbage-laden trucks heads for the dump, billowing up dust. A foul smell is on the breeze.

A nearby hill gives a bird's-eye view of the dump. With a long camera lens one can get a clear look at the top of the massive garbage heap. As the trucks unload, sanitation workers and scavengers scramble.

The scavengers eke out a living collecting and selling metal and plastic scrap to dealers. In the Payatas district, they earn between 100 pesos and 300 pesos ($2 to $6) a day. It is less than the minimum wage, but better than nothing. Payatas residents walk amid the dust near the Payatas landfill. (Photo by Akira Kodaka)

Smokey Mountain was the nickname of a large, smoldering landfill located in Manila's Tondo district. After it was shut down in 1995, many of the scavengers who lived there moved to Payatas. The community that arose became known as the second Smokey Mountain, though on this day there was no smoke visible.

The Quezon municipal government manages the Payatas landfill. There is a checkpoint at the entrance, through which only registered waste disposal workers and scavengers are allowed to enter.

The scavengers are divided into two groups of 400-500 people each, with the first group allowed to enter in the morning and the second in the afternoon. The dump is supposed to be off limits to children 15 years old or younger.

The entry restrictions were introduced in response to a landslide at the dump in 2000 that left about 300 people dead or missing. 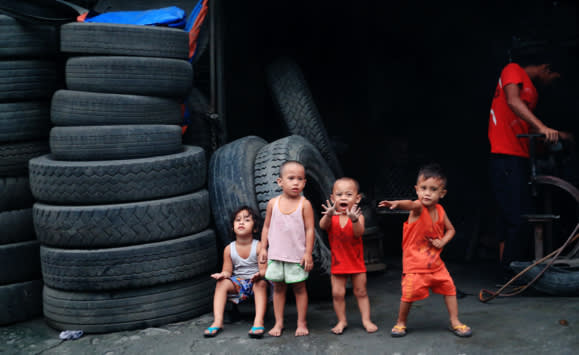 Children pose for a photo in front of a waste recycling shop in the Payatas district.

Smaller mounds of scrap collected at the landfill are piled among the shops and houses in the district. There is a school and a church on the street. The community is bustling, with people chatting at food stalls. Children pose cheerfully for pictures in front of a recycling shop.

But the landfill is expected to reach its capacity in a year or two. It is anyone's guess what will become of the community then.

These days, recycling garbage is not the only business in the area. Some people are making handicrafts such as stuffed animals with the help of a nonprofit organization, for example.

The Philippine economy continues to grow, but it will take time for the fruits of development to spread to impoverished areas like Payatas. People living at the foot of the garbage mountain will no doubt keep getting by as best they can, hoping for something better.