It seems like a different era now, but before Japanese Prime Minister Shinzo Abe took over the reins of government in December 2012 Japan experienced a long period of policy paralysis in which prime ministers came and went like karaoke singers taking turns at the microphone.

Could a similar leadership vacuum occur again? Yes, quite easily. In fact it has been the default mode of Japanese politics for many decades. Since 1972 Japan has had 24 prime ministers, but only three -- Yasuhiro Nakasone in the 1980s, Junichiro Koizumi between 2001 and 2007 and Abe today - have stayed around long enough to make a difference.

Abe has already achieved a great deal, but to finish the job he will need to push forward with his busy agenda. Specifically he needs to strengthen his reflationary program by launching an "Abenomics 2.0" which combines monetary and fiscal policy. At the same time he has to tackle the long-overdue reform of Japan's U.S.-imposed pacifist constitution. After his recent victory in the Upper House election, he now commands the necessary two-thirds majority in both houses of the Diet. This is a rare opportunity that will not last forever.

The legal issues surrounding the potential abdication of Emperor Akihito are a complicating factor, but if handled smoothly could further enhance Abe's political standing. At the very least they highlight the paradoxes and inadequacies of the constitutional status quo.

The Japanese constitution was created in something of a hurry 70 years ago and has never been revised or amended. That alone makes it an unusual artefact. According to the University College of London's Constitution Unit, 30 national constitutions are amended and five are scrapped completely every year on average. Germany and Italy, the other defeated combatants in World War II, have revised their constitutions 50 and 15 times respectively.

Japan's constitution did the job required of it in the aftermath of World War II, which was to crystallize broad principles of democracy and human rights and lock Japan into the U.S.-dominated international system. The famous Article 9 forbids Japan to possess "land, sea, and air forces, as well as other war potential." This seemingly blanket prohibition has been diluted by decades of judicial "interpretation," but where the legal line is located is anybody's guess. Indeed many scholars still maintain that Japan's 60-year-old Self-Defence Forces are inherently unconstitutional.

None of this mattered during the Cold War, when the congruence of strategic interest meant that Japan was assured of U.S. protection. Now, however, new factors have arisen which make the current constitution wholly inappropriate to 21st century conditions. The first is well-known -- the emergence of an assertive and expansionary China willing and able to use hard power to achieve its goals. The second can be summed up in two words: Donald Trump.

The polls suggest that Trump is unlikely to become the next U.S. president, but already he has changed U.S. politics significantly and some of the themes he has promoted may well be repackaged by his successors, just as Ronald Reagan recycled some of the ideas of Barry Goldwater, the defeated Republican candidate in 1964. Specifically, Trump's espousal of realpolitik and isolationism is not some aberrant, one-off event. It exposes the deeper reality that the Cold War is over and the interests of the U.S. and its Asian and European allies are no longer naturally congruent.

Trump's rejection of U.S. security obligations to Japan and South Korea and willingness to "do deals" with former adversaries will likely reverberate for a long-time to come. After all, it is hardly unprecedented for the U.S. to dump a dependent ally in the interests of superpower realpolitik; that is exactly what happened to Taiwan after the Nixon-Kissinger rapprochement with Chairman Mao's China in 1972.

Four decades later Trump's message is uncomfortable but salutary: the U.S. has choices where Japan does not. For Japan to remain proudly pacifist while relying on the US for security in perpetuity is not a viable strategy.

The Emperor's potential abdication, suggested by the monarch himself in a rare recent broadcast, raises another set of constitutional issues. In line with the priorities of the immediate post-war period, the emperor was stripped of his divinity, but not given any defined status other than the amorphous description of "symbol." The result is that, bizarrely, Japan is a country with no head of state -- although the emperor does perform many of the functions of a constitutional monarch, such as officially appointing the prime minister and convening the Diet. In all other countries with royal families, including model social democracies such as Holland, Belgium and Sweden, the monarch is the head of state. Since Japan has left the mid-20th century far behind, it is high time this anomalous state of affairs was regularized. As with the scrapping of Article 9, it would simply be a case of conforming with normal practice elsewhere in the world.

One option would be to roll both changes into a comprehensive package of constitutional revisions. A few years ago, the ruling Liberal Democratic Party produced a draft constitution containing some provisions that are unlikely to win the favor of Western liberals. This time round, though, it will not be Western liberals who will be calling the shots. For the first time ever, the forms of governance are to be decided by the Japanese people themselves, via their elected representatives in both houses of the Diet and a national referendum. Any such change would be preceded by a thorough national debate, in which all shades of opinion would be heard.

Although the habits of cultural imperialism die hard, the wisest approach for foreign observers would be to stop lecturing the Japanese and let this impeccably democratic process run its course.

In September 2013, Abe made an unusual speech at the New York Stock Exchange in which he mentioned thrash-rockers Metallica and exhorted investors to "buy my Abenomics." Three years later, how have things gone? Not bad at all, is the answer. Currently the Nikkei 225 index stands at close to a 16-year high in dollar terms. Since Abe made his call, Japanese stocks have produced far stronger returns than European or U.K. stocks, though they cannot rival the S&P 500's bull run in America.

Progress in the real economy has been similar. The 2014 hike in Japan's consumption tax from 5% to 8% was a costly error that triggered a recession, but the deeper trend of improvement in the economic fundamentals has continued. Crucially, nominal GDP has recorded its longest sequence of year-on-year growth in 22 years. With the labour market as tight as a taiko drum, Japan's Misery Index (the sum of the unemployment rate and inflation) is bested only by Switzerland's among the 34 countries of the OECD. The social mood has brightened accordingly, with the number of suicides down by a third from its peak earlier in the century.

What has been less welcome is the weakening of reflationary momentum over the past 12 months. Inflationary expectations over the next 10 years as measured by the difference between the yields on inflation-protected and ordinary bonds peaked at 1.4% in May 2014. They currently stand at 0.3% - a far cry from the Bank of Japan's 2% target.

The central bank is due to produce a review of its monetary policy in time for its September meeting. It will likely conclude that progress to date has been unsatisfactory. Its options then are to throw its hands in the air and give up or to produce some new ideas. Having come this far, BoJ Governor Haruhiko Kuroda is more likely to alter his angle of attack.

A reconfiguration of the BoJ's pact with the government would help a lot. New measures could include shifting from a consumer price index target to a nominal GDP target. This could facilitate a new policy commitment -- such as a pledge to carry on easing fiscal and monetary policy until nominal GDP growth has reached 3% for three consecutive years.

Increasing the maturity of bonds, by issuing 100-year paper or even perpetual bonds, would send a strong signal to the markets. Starting to write off the massive stockpile of bonds the BoJ has accumulated during its quantitative easing program would send an even stronger signal - and reduce the debt-to-GDP ratio at the click of a keypad. In the case of a severe slowdown, the government could implement a temporary cut in consumption tax as the U.K. is reportedly contemplating to combat post-Brexit uncertainty.

Such measures might appear radical, but radicalism is the new orthodoxy. That much is clear from the recent Article IV report on Japan issued by the International Monetary Fund, which makes the previously unthinkable recommendation that companies should be incentivized and / or penalized into offering generous wage rises.

Plenty of policy options are available on all fronts. What is needed is the boldness to deploy them fully -- and no return to the "everyone-take-a-turn" karaoke politics of the pre-Abe era. 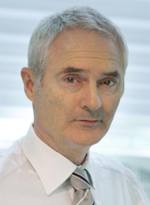