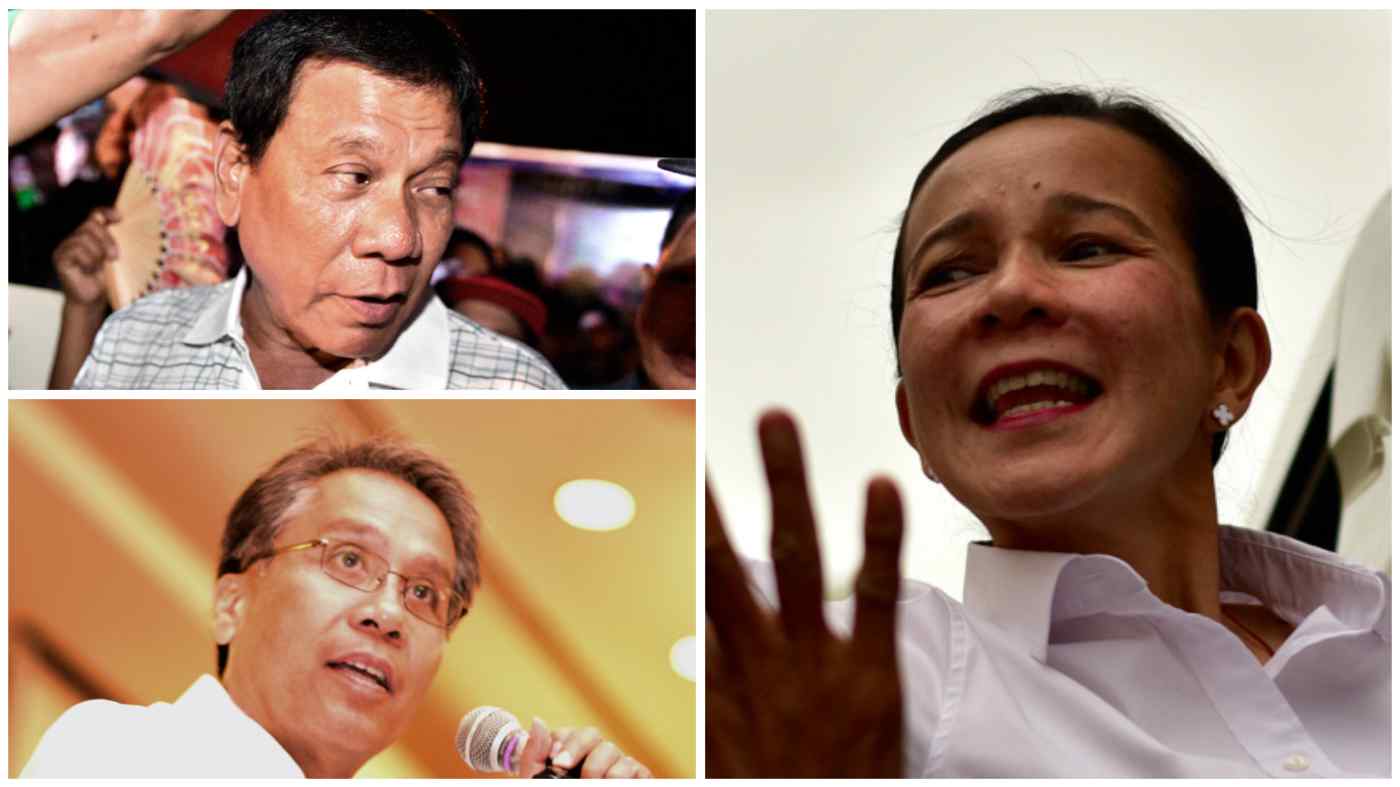 BACOOR, Philippines -- In a packed basketball arena in the province of Cavite, a half-hour's drive south of the congested capital, Manila, Senator Grace Poe made her pitch to lead the Philippines as the country's next president.

"There is a long history of Cavitenos watching movies of my father and they remember that," she said, referring to her famous adoptive father, the late film actor Fernado Poe, who ran unsuccessfully for president in 2004.