Philippines' Duterte urged by allies to run for vice president 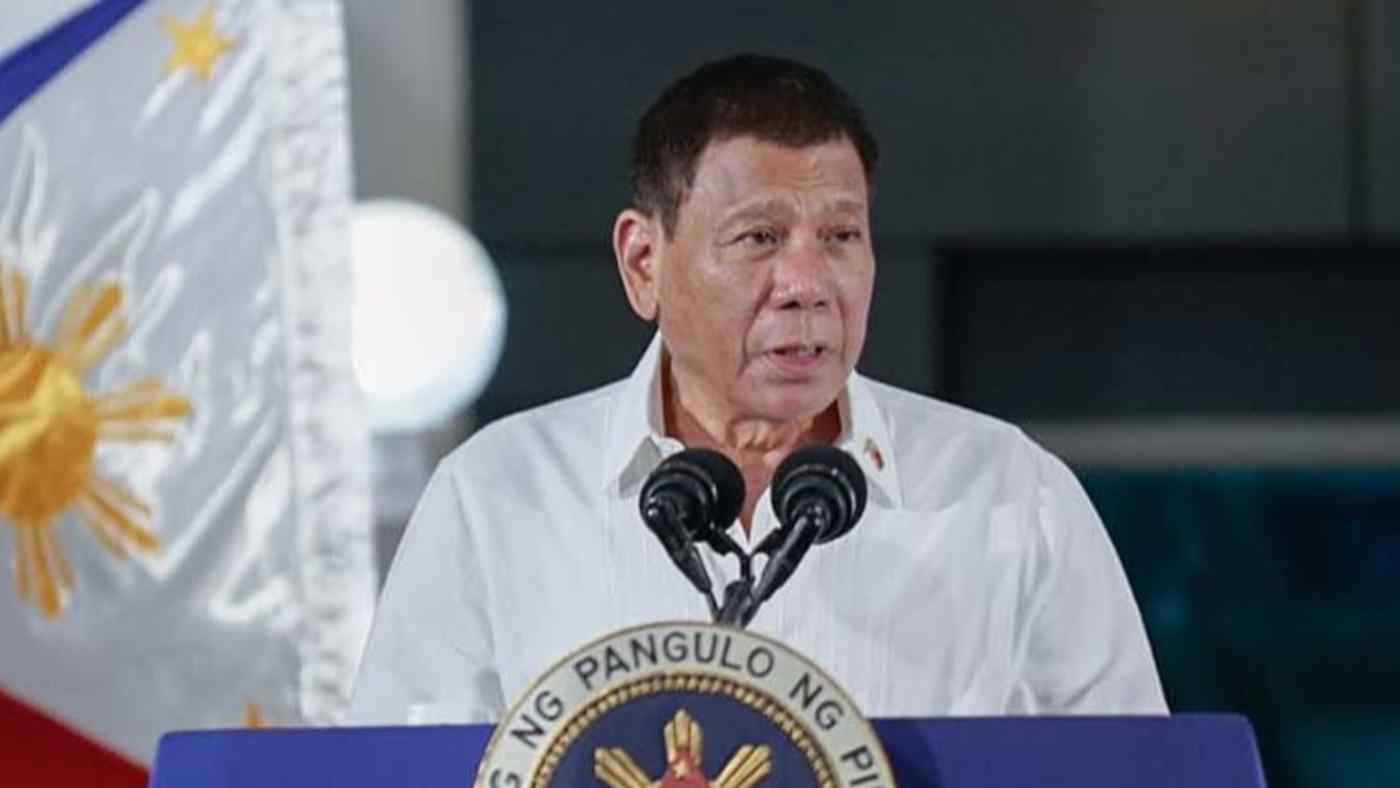 MANILA -- Philippine President Rodrigo Duterte's allies have launched a campaign to persuade him to run for vice president in next year's national elections. If they succeed and he wins, the popular leader could keep his clout through the country's second-highest office.

Duterte, 75, is constitutionally limited to a single six-year term, but loyalists say the "strong public support for his agenda" will enable the government to continue reforms and keep the economy on track to recover from the COVID-19 pandemic.

With Duterte's leadership, "the government will be able to expeditiously and effectively deliver our people, our communities, our economy, back to good health," read the resolution signed by a handful members of the ruling PDP-Laban party, which is chaired by the president.

Duterte, who has faced criticism abroad for his brutal drug war, remains popular at home. A survey by Pulse Asia late last year put his public support rating at 91% despite complaints over his handling of the pandemic, which sent the economy tanking and joblessness and hunger rising.

The president and vice president are elected separately in the Philippines. But Duterte's popularity could boost his running mate's chances.

But Manny Pacquiao, a senator and PDP-Laban's acting president, said Friday that the resolution being circulated was not sanctioned by the party despite having the support of senior members, including the party's vice chairman, Energy Secretary Alfonso Cusi. "This is not a time for politics," Pacquiao said at a news conference on Friday, saying the party is focused on helping Filipinos hit by the pandemic. The boxing icon is seen by analysts as a possible presidential contender for the May 2022 election.

But Raul Lambino, a party official and member of Duterte's cabinet, said the resolution is gaining support. "It is going the rounds now all over the country, and many more party members are expressly supporting [it]," Lambino told Nikkei Asia. "We also heard other sectoral groups are now supporting it."

Duterte has previously rejected the idea of serving beyond his term. But he has yet to comment on the latest move by his fellow party members.

Separately on Thursday, Duterte said during a televised public engagement that his former aide, Sen. Bong Go, wants to run for president next year. But Go said Duterte's remark was a joke and added that he is not planning to run for president. But Go added a caveat, saying, "I might change my mind if Duterte runs for vice president," in a statement quoted by local media.

Pacquiao and Go, both allies of Duterte, have lagged in recent popularity surveys for president, which were led by Davao City Mayor Sara Duterte. But the president's daughter has expressed reluctance to run for president next year.

Neri Colmenares, a critic of Duterte and chairperson of the National Union of Peoples' Lawyers, said the move by several members of PDP-Laban "shows that the political parties in the Philippines are reduced to personalities rather than platform."

"I'm sure President Duterte will make sure that the next president of the Philippines is somebody he can control," Colmenares said, criticizing the party, which fought the Ferdinand Marcos dictatorship in the 1980s, for nominating "a president who is antidemocratic and violent."